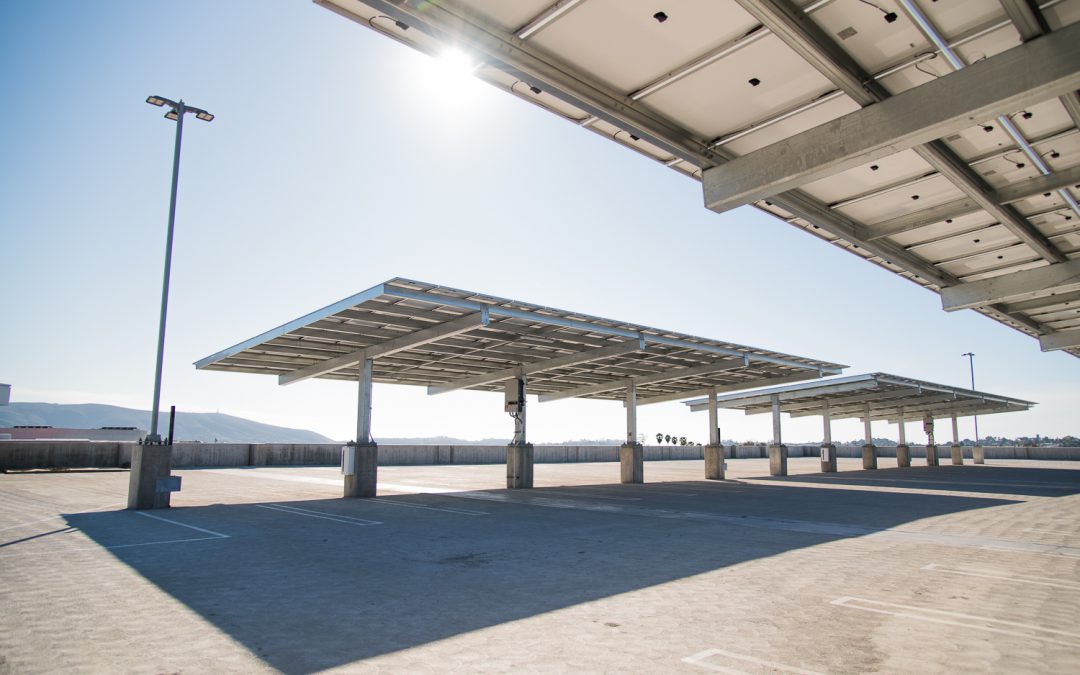 SAN MARCOS — In yet another bold step toward sustainability, Palomar College activated the largest solar energy system on the San Marcos campus in late July, adding 442 kW to the college’s energy-generating capacity.

The system was built on the top level of the four-story parking structure in late 2019, with galvanized steel canopies that also provide shade across 186 parking spaces, illuminate the top level with LED lights at night, and are designed to last at least 25 years.

“Reducing our carbon footprint is a top priority for Palomar College, and this project is yet another example of our commitment to developing a sustainable campus in our community,” said Interim Superintendent/President Dr. Jack Kahn.

“When you combine all of those, we’re pretty much at 1 megawatt” of solar generation capacity, which is the limit set by SDG&E, Astl explained.

Each of Palomar’s four major sites has significant solar arrays: In Rancho Bernardo, the 619 kW system is the district’s largest. At the Fallbrook Education Center, a system now under construction will yield 161 kW, enough to make the entire center at its current size net-zero, producing at least as much electricity as it consumes.

In the midst of the ongoing closures due to COVID-19, Astl said the campus is obviously using far less energy than usual.

“The energy usage should be down at all the campuses by a significant amount, and all of this solar should be offsetting most, if not all, of what we’re using right now,” he said.