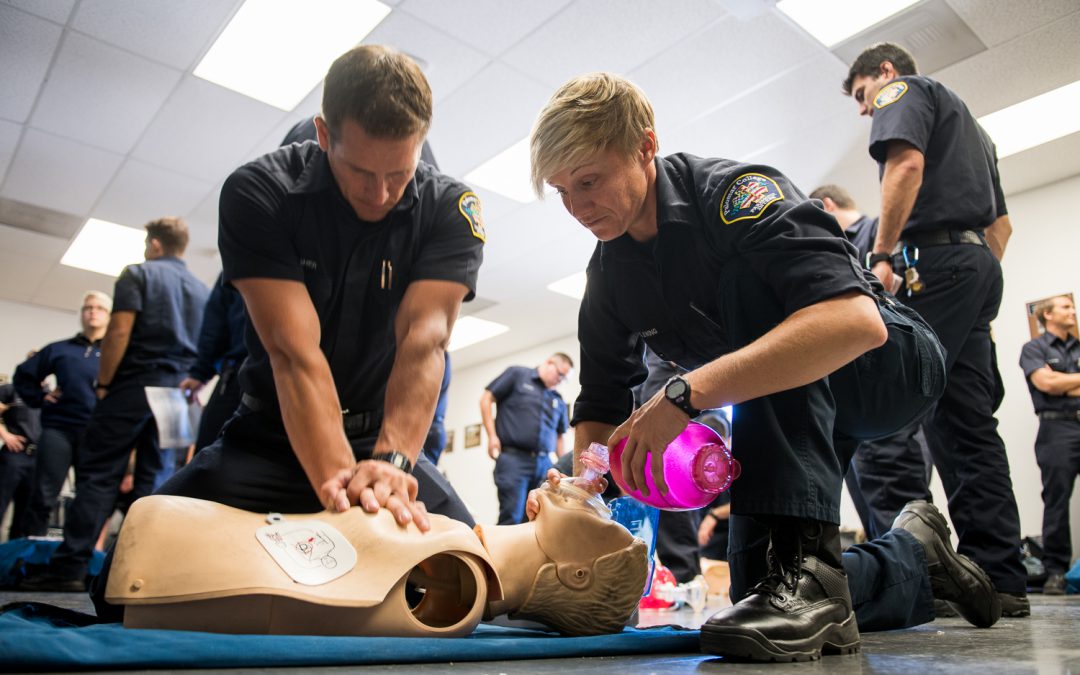 The job market for paramedics is projected to grow by 25 percent in the next five years. At Palomar College, Sarah DeSimone leads a team that’s training the next generation of life-savers.

ESCONDIDO — For Sarah DeSimone, the memorable patients come to mind quickly and vividly.

There was the gentleman who was having a heart attack, flatlined in the ambulance, and was brought back by DeSimone and her colleagues en route to the hospital. She remembers him saying “thank you” when they arrived.

Later, as a Mercy Air medic, she saved a 12-year-old girl who was choking and about to go into cardiac arrest, but was talking by the time they landed.

These are the kinds of moments DeSimone knows her students will remember for the rest of their lives once they leave Palomar’s Emergency Medical Education (EME) program and enter the field of life-saving medical work. 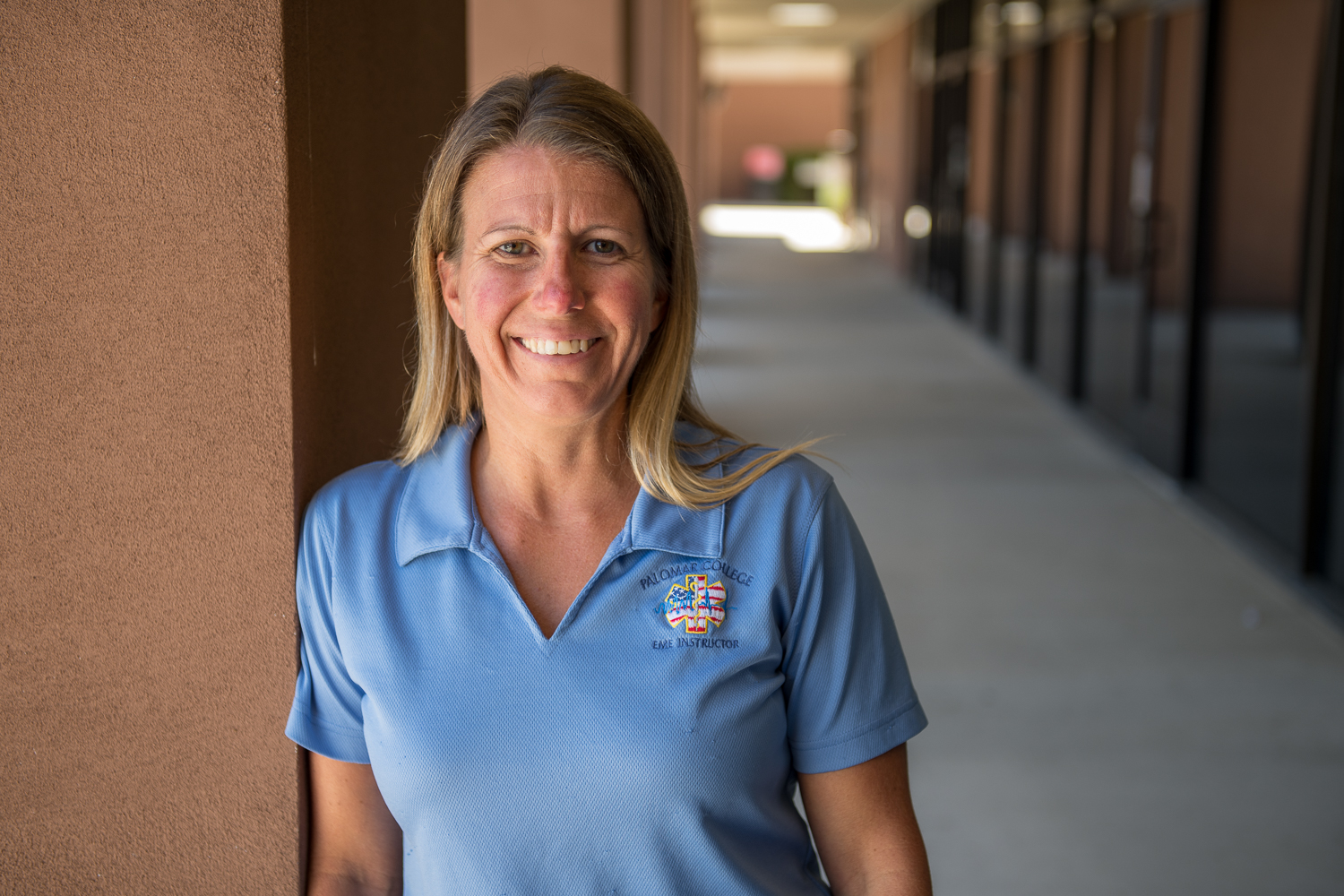 When DeSimone took over as director of the EME program with its rigorous Paramedic Academy in August, she inherited an academic program with deep roots in the community and a stunning 100 percent employment rate.

After five years of teaching at Palomar, DeSimone has heard from a variety of fire departments and ambulance companies that Palomar’s graduates are consistently among the best new hires in their field.

“We’re very proud of how well-prepared our students are,” she said. “The people who come out of our academy are all either with one of the private ambulance companies, or they’re picked up by a fire department.”

Palomar’s graduates will be especially sought after in the near future, as the number of careers in the field is projected to grow by 25 percent statewide over the next five years.

The EME program offers a range of courses, beginning with EME 100—in which students with no previous experience can earn their CPR certification—and culminating in the intensive, full-time Paramedic Academy that requires not only academic prerequisites but at least six months of experience working in the field as an EMT.

Located at the Escondido Education Center, the academy accepts 36 students at a time, and there are two cohorts every year, so at any given time there are 72 students pursuing a career as a paramedic.

Shane Applegate, who started in the academy last month after working for a year and a half at North County Fire in Fallbrook, said that he knew coming in that Palomar had one of the highest-ranked programs in the area.

“I’d heard nothing but great things,” Applegate said between classes on a recent morning. “I know (prospective employers) like it when they see you went through this program—it gets their attention, and they know you’re well-prepared.”

Across San Diego County, hundreds of medics and Emergency Medical Technicians (EMTs) who graduated from Palomar’s program are staffing ambulances and fire engines, saving lives with the training they received at the college. And DeSimone said she savors the opportunity to help young medics realize the dream she once pursued.

Recalling her eight years with Mercy Air, she said working in the belly of a helicopter is a unique experience: “It’s cramped, it’s a confined space,” she said. “You just get used to it, I guess.”

But you never get tired of flying, she added.

“You look out the window and think, ‘Man, I have the best job in the world.’ I miss flying a lot, but you have to make grown-up decisions sometimes,” she said with a laugh.

DeSimone earned her paramedic license in 2004 and landed her dream job with Mercy Air three years later. She worked as a flight paramedic for eight years, finishing with a crew based in El Cajon, and retired in 2016 to pursue teaching at Palomar.

“Being in the ambulance was awesome—I would say the job isn’t as glamorous as people think, but it’s a calling,” said DeSimone. “And teaching is not a job, it’s a calling. I think I was just fortunate enough to have two callings in my life.”