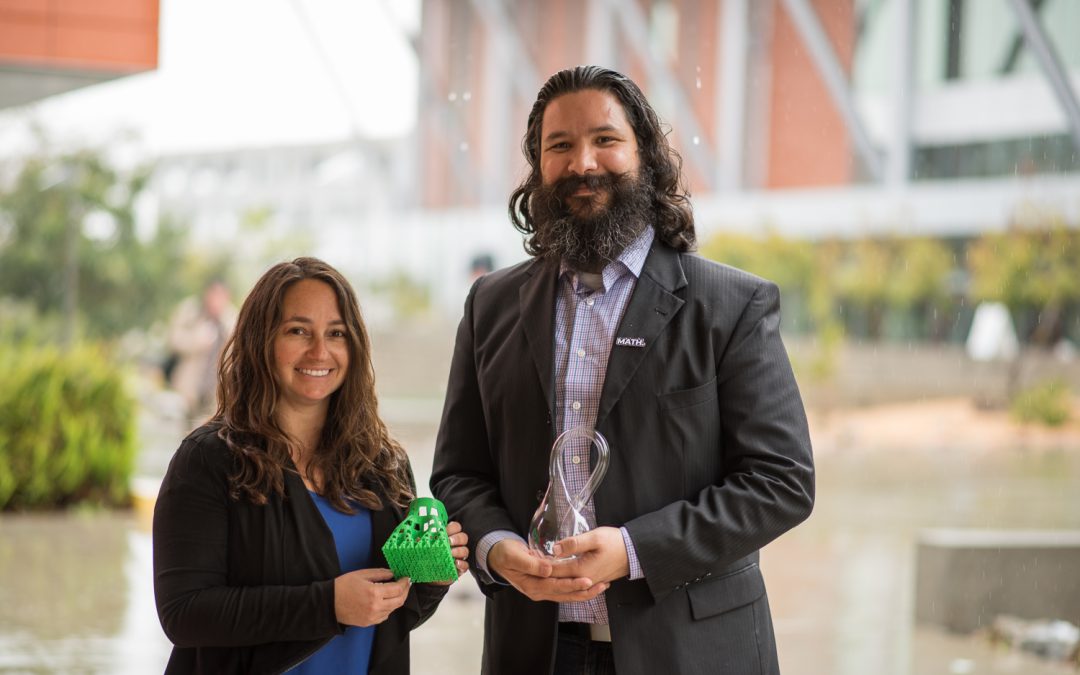 SAN MARCOS — A dynamic duo of math professors at Palomar College has been recognized as an Exemplary STEM Teacher Team for launching a program that promotes mathematics and quantitative reasoning in a variety of courses at Palomar.

Last fall, Shelbi Mayo and Luis Guerrero began promoting Math Across the Curriculum Holistically, or MATCH, with the intention of exposing students to math in classes that are not strictly focused on STEM (Science, Technology, Engineering and Mathematics).

“Math is everywhere, and it’s not just the math teacher’s responsibility. We need to make it more of a priority,” said Mayo.

This was especially true following the 2017 passage of AB 705, which Guerrero said eliminated remedial math classes at community colleges across the state.

“Neither of us are looking for awards or recognition, beyond serving our students. We just knew there was going to be a dramatic change, and some of our students were in danger of being left behind,” said Guerrero.

Last summer, the professors set out to meet with as many of their peers on campus as possible, and have so far made progress in promoting quantitative reasoning in classes as wide-ranging as biology, fire technology and library technology.

“We’ve made an impact, but it’s really hard—with all the things we have to do—for any professor to reach outside our own department,” Mayo said. “We hope to get more instructors joining us to promote the all-around usefulness of math.”

“We wanted to change how Palomar sees mathematics. If we start showing math to our students in all of the subjects, our students will get to see they can excel in math, in the things that they’re interested in,” said Mayo. “I think we did a great job getting everybody thinking.”

Guerrero said the award was “a validation of the fact that it’s hard to launch big initiatives, it’s hard to promote teamwork … but if people put in the hard work and the time, great things can be achieved.”