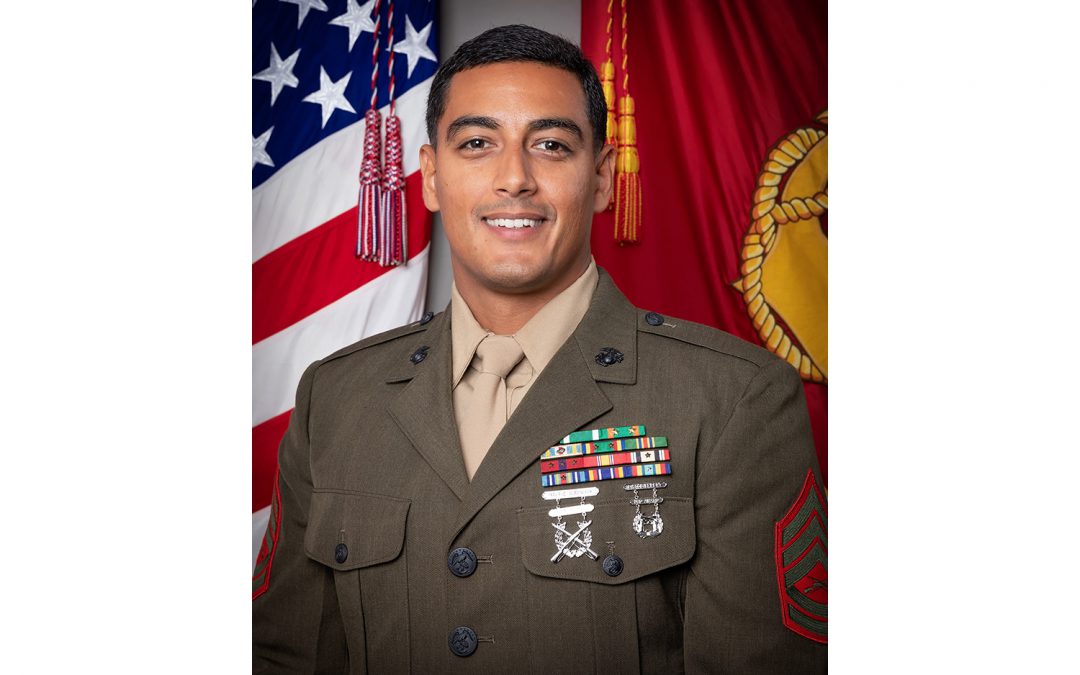 A gunnery sergeant’s experience in the Palomar College military leadership program illustrates its potential to engage Marines in higher education while on active duty.

CAMP PENDLETON — After 18 years and six tours with the Marine Corps, Gunnery Sgt. Ricardo Candelario has ample experience in uniform.

But it wasn’t until Palomar College introduced its Military Leadership (MIL) Apprenticeship program at Camp Pendleton that he began considering higher education as a key to his future, in the Corps and afterward.

Now Candelario, 35, says he’s on track to complete his associate degree and pursue his bachelor’s—even though the thought of college wasn’t previously on his radar.

“I feel grateful that the college is making this happen,” he told Palomar News. “I was not going to do college—college was not going to be something I pursued. But then I got these 12 credits for prior learning and now I have 24 credits toward an associate degree—that really jump-started me and made me want to do more. Now I want to keep going.”

Originally from Long Island, New York, Candelario enlisted in September 2003, six months after the invasion of Iraq during Operation Iraqi Freedom. He deployed twice to Iraq, once to Kuwait, and once to Africa, before settling into a leadership position at the Staff NCO Academy, where he thrived and was promoted to Staff NCO In Charge of the U.S. Marine Corps Sergeant School—a training center for enlisted Marines pursuing leadership in the Corps.

During his time there, he was approached by Palomar College Professor Candace Rose and Marine Corps University Academics Officer Melissa Balcombe, who were in the process of launching an academic program to accredit the Sergeant School and provide college credits to Marines in leadership training.

That program, now known as MIL Apprenticeship, originated when leaders from Palomar and Marine Corps University met in May 2019 to discuss the concept of granting Marines college credit for the education they receive in Sergeant School.

MIL Apprenticeship was then formally initiated as a Palomar program through a collaboration between Interim Superintendent/President Dr. Jack Kahn, then serving as the Assistant Superintendent/Vice President for Instruction at Palomar, and Troy Morton, Associate Dean of Academics at the College of Enlisted Military Education, Marine Corps University. Palomar’s Associate Dean of Workforce Development and Extended Studies, Nichol Roe, implemented the concept as an apprenticeship program, a key step in the effort to serve active-duty Marines and launch the program in fall 2020.

The program currently serves Marines enrolled in the Sergeant School at Camp Pendleton and Twentynine Palms.

“Marines take their training seriously, and Palomar College is proud to come alongside these leaders-in-training to make sure they also receive academic credit for their hard work,” said Dr. Jack Kahn.

Candelario said he remembers going line by line through the Sergeant School curriculum and realizing what a profound benefit it would be to enlisted Marines to receive college credit for work they were already doing.

And work they had already done.

Through “Credit for Prior Learning,” which is another element of the MIL Apprenticeship program, Candelario received 12 Palomar College credits for the training he received during his trip through Sergeant School three years ago.

Combined with 12 credits for prior learning, and two English classes he took previously at the college’s Camp Pendleton Education Center, he now has 24 credits and is in pursuit of his associate degree through Palomar.

“Through the journeyman’s program, I got motivated and am now working toward an associate degree with an emphasis on Military Leadership,” said Candelario. “Then I plan to transfer and pursue a bachelor’s in Organizational Leadership.”