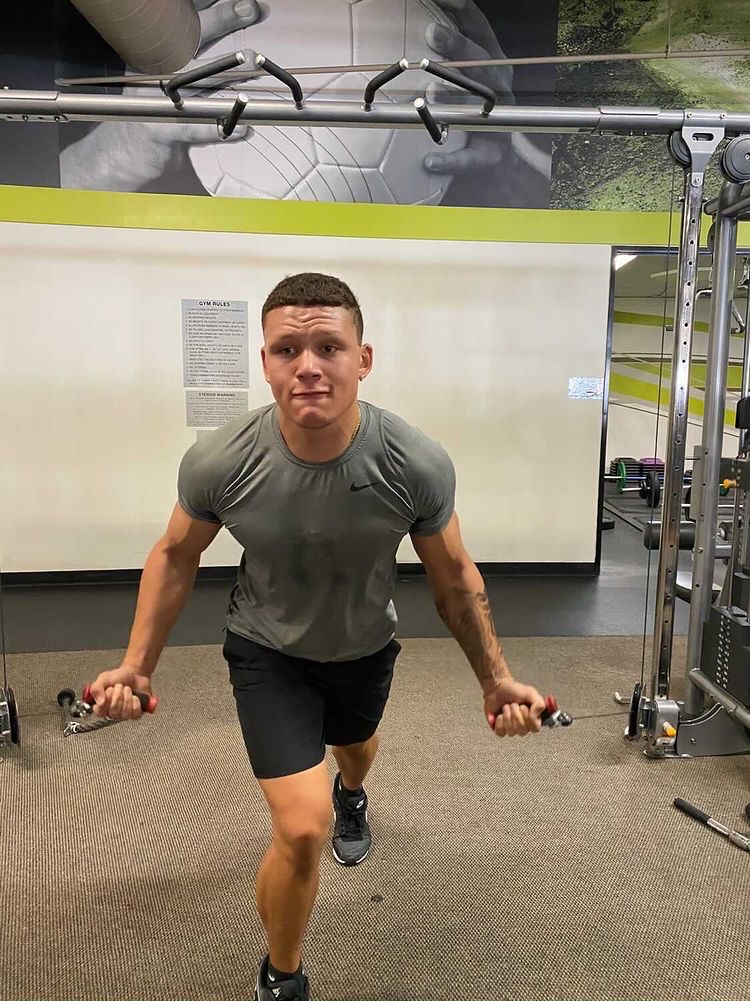 Palomar Football Player Prepares To Take On The Field

Comets football player, James Mullen II, has been playing football since he was four-years-old. He is a versatile player who can compete at tailback, slot receiver, and kick returner.

Mullen was born in Oceanside, Calif. but grew up in Temecula, Calif. where his football career started. He started off with flag football where he learned all the movements and developed into tackle football. He is entering his 15th year of his football career this upcoming season.

Mullen’s main focus right now is to get all his general education classes done ahead of time and focus on a major based on the options he is offered from a university that recruits him. Football is important to him but his work in the classroom is what is going to help him pursue his goal to transfer to a division one university.

Due to the COVID-19 pandemic, Mullen’s first season at Palomar would have to wait.

With the extra time, Mullen had away from the team he found the opportunity to work on his physical and mental health. James said via direct message, “I started to really dial in on listening to my body as I prepare for the intense upcoming season, using yoga and meditation to my advantage I discovered plenty of benefits that helped me athletically and alongside coping with my emotions that flood in.”

Mullen recognizes the football coaching staff who helped him understand the playbook through the team’s Zoom meetings he also recognizes his teammates because he feels mentally prepared for the game.

Outside of Palomar, Mullen spends his time with his family in Indiana through Facetime and mentors any young athletes who were in the same situation where he was by sharing the same football dreams and work ethic.

Mullens’s biggest motivation is his mom who is battling stage three cancer and setting an example for his younger sister.

Mullen said, “While going to work full time as she [mom] completes her chemo and IV treatments, I understand the bigger picture than just myself when I reach that fatigued state of mind, Understanding that God gave me a gift that can potentially take care of myself and those around me is something I wake up every day to be grateful.”

Mullen only has one goal entering this football season.

“Helping the other runnings backs around me feeding off each other’s game is a goal I have in mind for the upcoming season,” Mullen said.