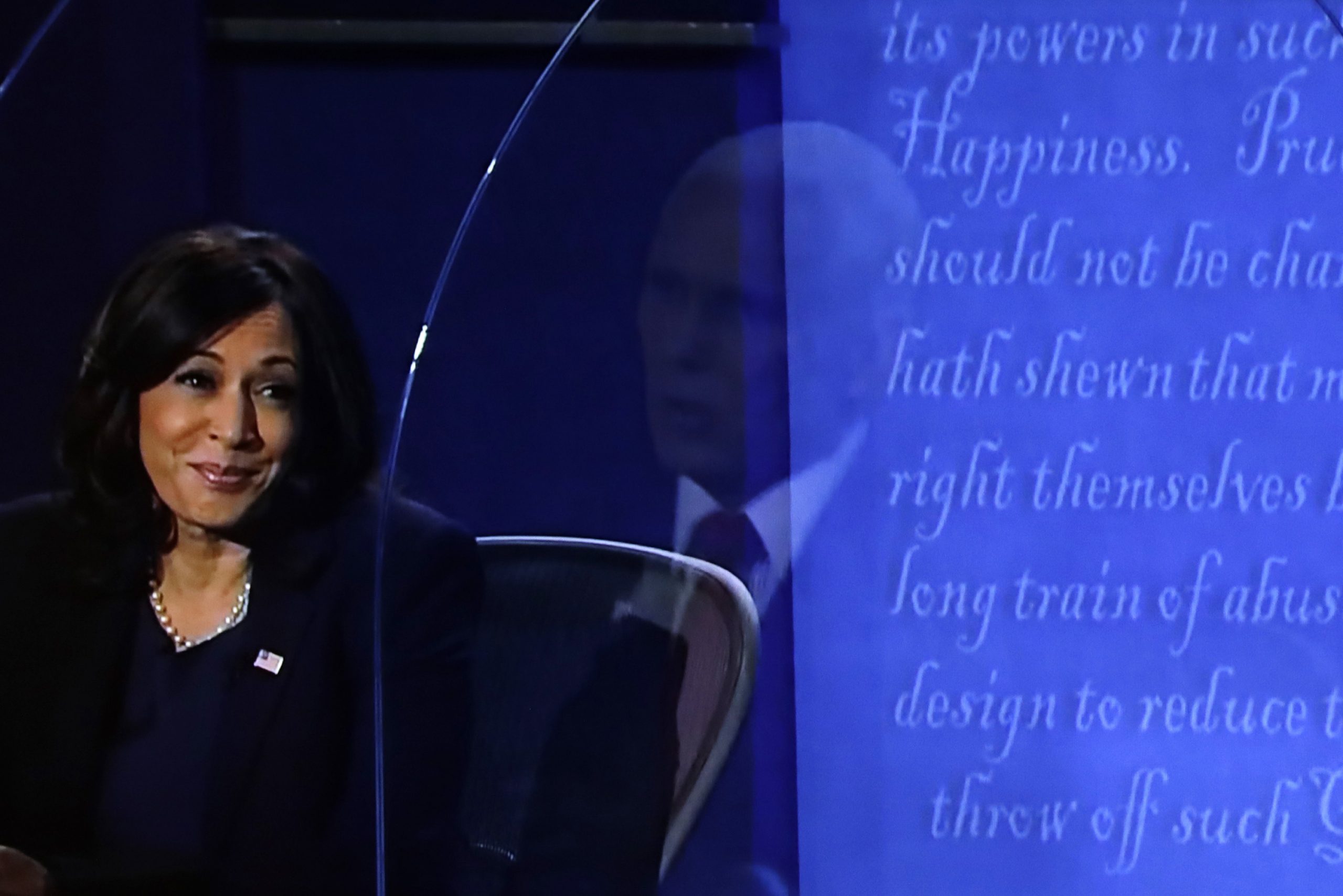 Vice President Mike Pence and Sen. Kamala Harris squared off in their one and only debate last Wednesday.

They butted heads on topics like the Coronavirus, healthcare, climate change and the many other issues that have dominated the 2020 campaign, with less than one month remaining until Election Day.

The vice-presidential debate was quieter, clearer and more disciplined than the chaotic presidential debate between Joe Biden and Donald Trump a week earlier. It was yet another loud shoutout to the American people about the failures and perils of the current administration. It was also another clear showing of the future Biden administration’s refreshing preparedness, stability and strong leadership.

The first topic discussed in the debate was the Coronavirus, in which Harris slammed down the Trump administration for its ineptitude in the handling of the pandemic.

“The American people have witnessed what is the greatest failure of any presidential administration in the history of our country,” she said.

Pence was unable to defend his unforgivable foundering as head of the Coronavirus Task Force. His only rebuttal on the subject was that the administration banned travel from China at the beginning of the pandemic.

According to the Washington Post, the ban was full of holes and hundreds of thousands of travelers from China arrived in the U.S. in the weeks after the ban.

Harris was absolutely right: our country has the highest death toll and more cases than any other wealthy country in the world, with more than 8.3 million confirmed cases and more than 225,000 deaths.

According to another article by the Washington Post, in just a few days, there have been more recorded cases of people testing positive from the White House and people within Trump’s orbit than in all of Taiwan.

That is a lethal failure at its finest and is unlike anything we have seen from the U.S. in recent history. There was no reason for things to get this bad and there are no justified excuses.

Harris then went on to state that Trump’s administration “has forfeited their right to reelection,” based on its complete failure in fighting the virus. Perhaps the only thing equally as repulsive as the administrations’ disregard of over 200,000 American lives that have been lost, was how they chose to cover up the nature and severity of the virus and purposely did not inform the public of what we were facing until months later.

The White House was informed of the deadly nature of the virus back in January and chose to cover it up and not tell the American people until March. Trump wanted Americans to remain calm, so he just decided to not inform us.

Pence had no significant answer.

Harris was also effective at pointing out that the Trump administration, while seeking a Supreme Court decision to have the Affordable Care Act struck down, still has not proposed a creditable health care alternative.

The ACA currently protests the health of millions of Americans who suffer from pre-existing health conditions.

Pence responded by saying, “Obamacare was a disaster. The American people remember well. President Trump and I have a plan to improve healthcare and to protect pre-existing conditions for every American. We put the health and safety of Americans first.”

The Trump administration has been promising a new health care plan for over a year now, but we have yet to hear anything about what the plan entails. This is a perfect example of how the Trump-Pence campaign does not put the health and safety of Americans first. Telling the American people lies so they hear what they want to hear instead of the truth is not putting the health and safety of Americans first.

Harris called out the Trump administration’s failures in containing the wildfires in her home state of California and identified climate change as an “existential threat.” Pence falsely claimed that “poor forest management” was the reason for the fires on the West Coast, and went on to argue that we still do not know what is causing the climate to change.

Although both Pence and Harris were more substantive and more effective than either of the men who are leading their respective tickets were, Wednesday’s debate was still frustrating for viewers to watch. Both candidates, Pence more so than Harris, repeatedly dodged questions they were asked by moderator Susan Page, and failed to answer her by pivoting on to a different subject.

Unlike President Trump, who embarrassed himself and his party with his performance in his first debate with Biden, Pence was generally civil and soft-spoken. However, he repeatedly acted as if the rules did not apply to him. He constantly cut off and spoke over Harris and continued to speak way past his allotted time limit.

MSNBC reported that Pence interrupted Harris 10 times during the debate, while Harris interrupted Pence only twice.

Harris’s performance showed her ability to be a leader and to bring Americans together. She respected the rules of the debate far more than Pence did. She carried herself as a strong woman displaying true leadership. She spoke affirmatively about what plans the Biden-Harris administration has for our country in the next four years. She seemed very comfortable on stage, was personable, and spoke with true passion and humanity.

The vice-presidential debate perfectly illustrated the clear-cut differences between the administrations Pence and Harris represent. The Pence route lets over 200,000 Americans die on its watch, actively tries to take health care away from millions of Americans and lets the West Coast burn to the ground. Harris, on the other hand, would protect Americans and help save lives from the pandemic, expand health care coverage and promote environmental conservation.

I have made up my mind. Now the only thing left to do is vote.