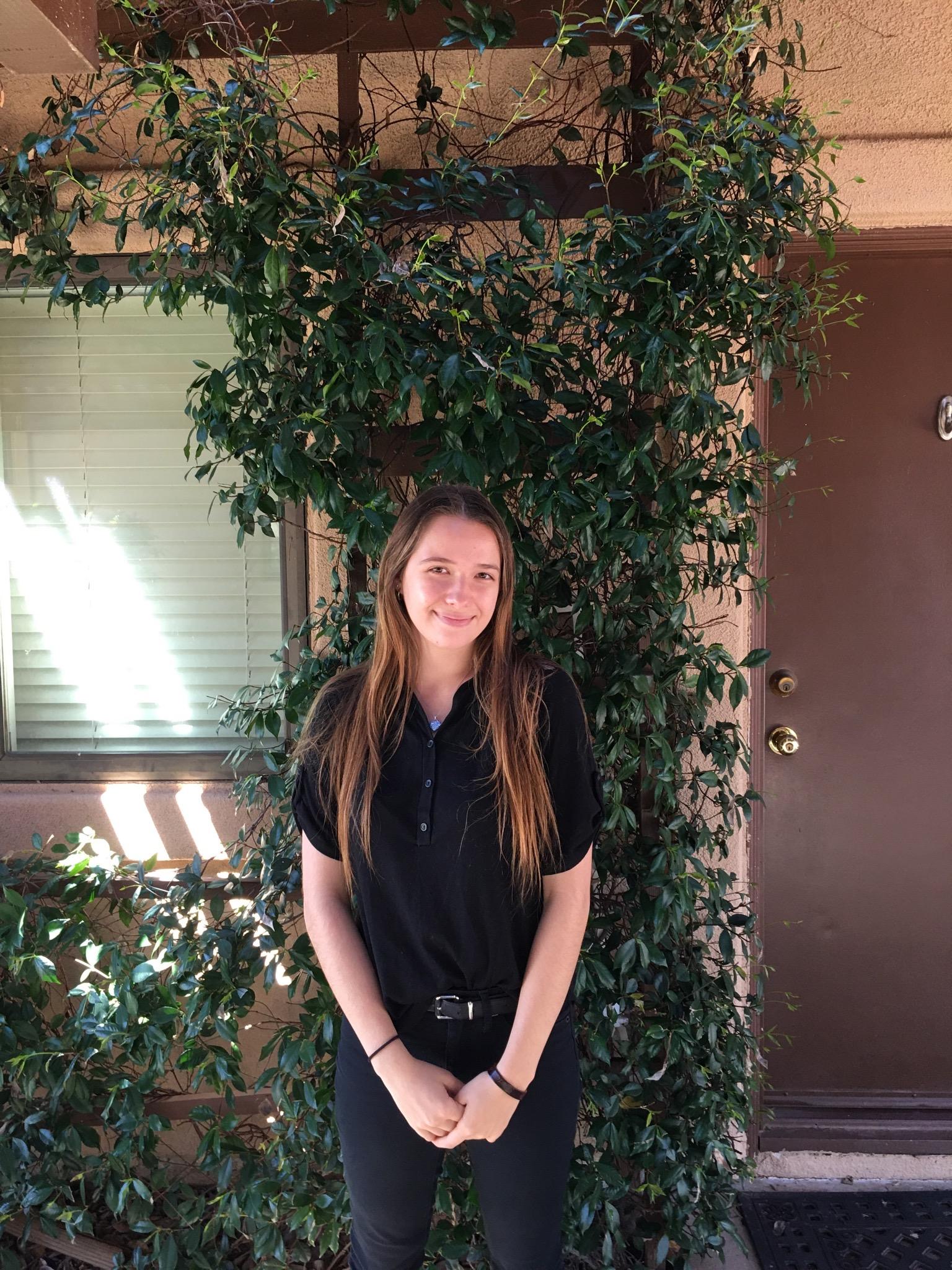 Associated Student Government class president Remy Arnold is committed to ensuring every Palomar student on campus has a voice.

It is one of the reasons that drove Arnold, 19, to run for president of Palomar’s ASG, a position she takes on this year under highly unusual and challenging circumstances. The COVID-19 pandemic has significantly limited the number of students taking classes on campus, so the English major and her fellow ASG representatives are focusing on finding innovative ways to keep the community connected.

Since the start of Arnold’s presidency, ASG has been more active than ever on their social media pages, especially Instagram. They currently have been hosting live on Instagram doing Q&A sessions to help students stay involved from a distance.

Arnold does not plan to let COVID-19 and social distancing orders put a stop to campus events. She plans to host a virtual event at least once a month and do fun activities on Instagram, like the upcoming talent show ASG will be hosting soon. Students are encouraged to send a video of themselves performing their special talent to ASG’s Instagram page, where they will post all the talent videos they receive to create an online virtual student talent show.

“It’s just a more virtual year this year and we are just trying to do what we can while we’re still all so far apart,” Arnold said in a phone interview on Sept. 22.

Arnold and her administration plan to take advantage of the empty campus by doing some remodeling and renovating in the Student Union area, including the cafeteria and their ASG offices.

“We have a fund set aside specifically for that, and with the campus being closed due to the Coronavirus, we want to find ways of making it more environmentally friendly since we don’t have so many people on campus and we can actually get some stuff done,” Arnold said.

Other important goals Arnold is striving to achieve during her presidency include filling 12 more seats on the board, for a total of 24 filled seats, by the end of the 2020-2021 academic year. She also aims to follow up with the overnight parking program from last year and make it go into effect, which was established to assist Palomar’s homeless student population, and raise LGBTQIA awareness on campus.

Arnold has been involved in student government since high school, where she took on her first role as student body president.

“…I was class president for two years and I was also a commissioner of public outreach… So it was an easy transition right after high school to go into ASG,” Arnold said. “I believe I found the booth on my second day at college and I was just ready to jump right into it.”

She is excited to be representing the student body as president of ASG during her second and final year studying at Palomar. She hopes to transfer to California State University of Irvine next fall as an English major, and hopes to become an English teacher teaching at the high school level, eventually becoming a college English professor.

“I think when people hear student government, they think it’s something more prestigious and something they can’t get involved with, and I would really like for people to see that this is open for anybody,” Arnold said. “No matter what you’re passionate about… If you have something you want to add to campus, we want you in ASG.”

If you are interested in making a change at Palomar and would like to join ASG, reach out to ASG’s advisor, Kelly Donaghy, at kdonaghy@palomar.edu to get involved.