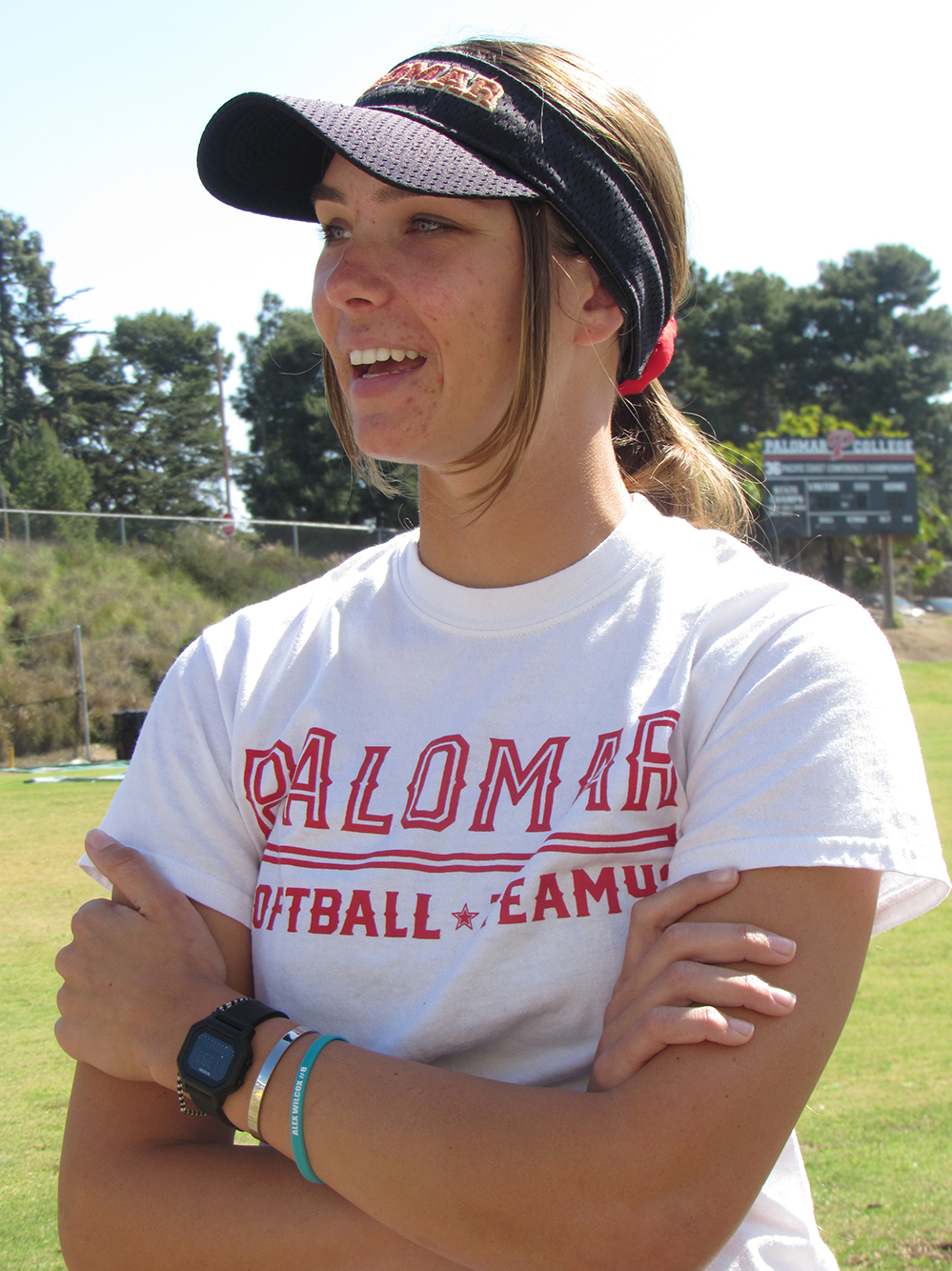 Comet Rylee Penrod is coined a standout player on the field not only because of her height, but how she plays ball.

Penrod’s coach Lacey Craft said, “It’s been fun to watch her on the field and see how she’s grown these past couple years.”

Penrod is currently majoring in elementary education but is open for change as she is still exploring what she would like to do in life.

“Softball consumes my life,” Penrod joked. The team practices every afternoon from 12:30-3:30 p.m. during the week in order to grow and improve together.

“Rylee as a returning player has a lot of experience to share with her teammates,” Craft said. “There is always something new for the team to work on and it’s been about fitting those puzzle pieces together.”

Penrod explained that she feels herself getting better every practice. She plans on playing softball at her next school, but she is currently undecided as to where that will be.

Teammate Shey Lane described Penrod as a “power hitter” and “an important part of the sophomore gang.” Lane also explained that Penrod is a leader, reminding her teammates to keep pushing forward.

Craft explained that being a student athlete is a big time commitment. She applauded the team as a whole for how well they manage their social lives, jobs and schoolwork alongside the sport. The softball team will be playing about four games a week as the season is ramping up.

As a former Comet, Craft said that it is important to her to maintain the standards the team held when she was a student. She explained that the team had a positive impact on her life and that she’d like to do the same as a coach.

This year the softball team is comprised of a younger crowd. There are a lot of freshmen, a couple transfers, and only four returners. Returners like Penrod are tight-knit in helping the new athletes grow, while growing as players themselves.

Craft said she sees a lot of growth coaching at the junior college level. At the end of the season, she likes to take a look back and see how far the team has come.