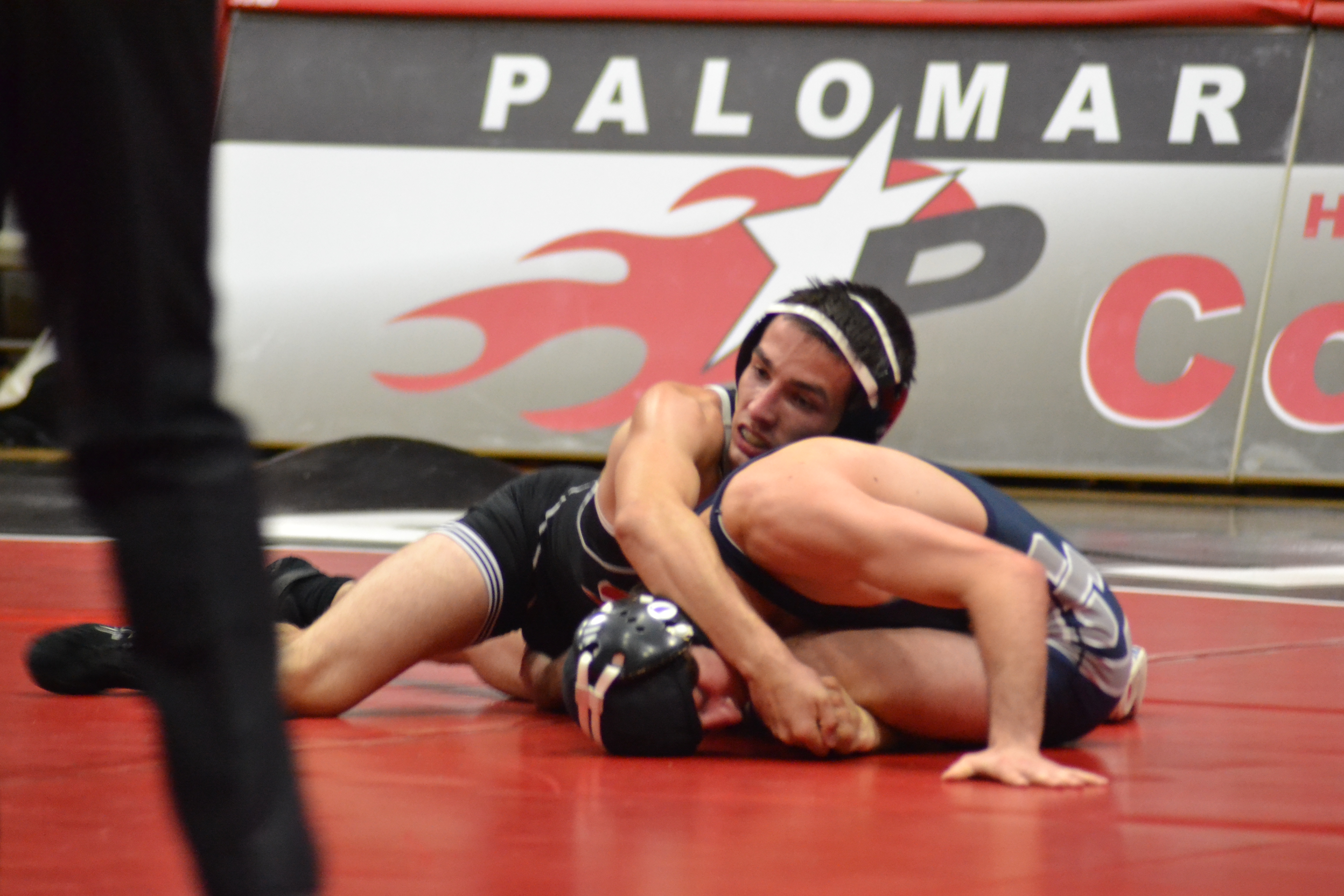 The team started their season strong going unbeaten in in the duals at Mt. San Antonio College. A pair of freshman Mace Anderson, and Raul Ortiz swept their way through the tournament. Wrestling in their respective weight classes the duo pointed the team in the direction of their ultimate goal of placing better than last years sixth place finish.

“ We’re right there,” head coach Brody Barrios said. “we’ve just got to keep improving daily and evaluate where our mistakes are.”

In their next big tournament the team faltered slightly taking a fourth place finish out of 24 teams in their Santa Ana Tournament. The team scored a solid 70.5 points as a team , but had a standout performance from freshman Nick Kimball who had a second place finish in the tournament with 184 points.

The palomar wrestler is in his first year with the team but has a long history with Coach Barrios having been coached by him in high school. After taking time to serve our country Kimball made the decision to wrestle under the command of Barrios once again.

“ He taught me everything, “ Kimball explained, “ I wanted to come back home and compete under him.”

The team has continued to fight through the ups and downs of the season, and in one of their most recent matchup with Cerritos the team has held their own. Coming down to the last matchup of the night  the team fell in a heartbreaking loss.

“ The goal is always to win the state title. “ Barrios said, “we’ve always been in the top 5.”

With a majority of the season behind them the team will look forward to their last three matchups of the season and final tournament to get ready for the state duels at the end of November.