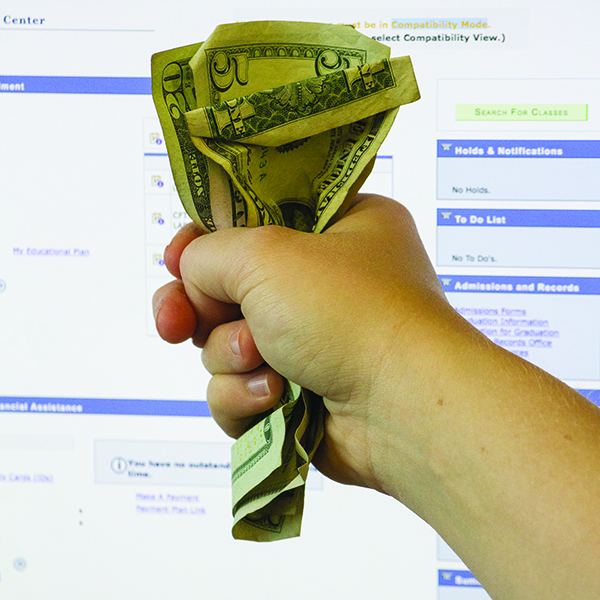 What does your tuition actually pay for?

Palomar college comes at cost for many, when combining the full tuition paid, it can be a bit pricey, but where does that money go to?

According to the non-profit organization, American Institutes for Research, a research paper called the “Delta Cost Project” reports that back in 2010 in California, the average cost for a community college was $1,095, and that for each student paying $1,095, there was $6,758 subsidy from the government. The purpose of the subsidy is for students to not be faced with such a high cost, and lowers the total cost for students, which makes it more accessible to people and creates a more competitive environment.

Online publication career trend, has reported that on average a community college professor will be paid $71.58 per hour. With this, all these costs are not possibly paid only by tuition and government subsidies.

Combining the total costs of all the professors, custodians, construction workers, campus police and all the new developments on campus would have far exceeded the money generated, that’s where taxes come to play.

Everyone employed pays taxes. The taxes are then split among many different categories such as: maintaining hospitals, maintaining roadways, and some coming to maintain our college. Palomar colleges master plan for 2022, was on the ballot in 2006, being passed by 57% of the votes. It gave $694 million provided by the measure as well as over $200 million in matching funds from the State and an additional $37 million from Proposition 1D.

It was a large investment, but we can see how it has changed Palomar.

Palomar, being built in 1946, was mostly composed of small one stories buildings, there was/is a lot of portable building around campus, but we can see that being changed. We also see large buildings being constructed, and a new campus police station being built to replace the aged portable at Palomar’s South Mission road entrance.

In terms of what students pay, it is very little compared to what the campus needs to maintain, modernize, and pay its staff. Our tuition simply gets us into the college but does little impact on the school.

You could argue that community college should be free for everyone, but that would have negative consequences on many attending the school.

Not only would the colleges be overfilled, but since money was not paid on behalf of the student’s pockets, community college would not be as important as it really is, and many would not take it as seriously.

Palomar college’s tuition is a wise investment to all.