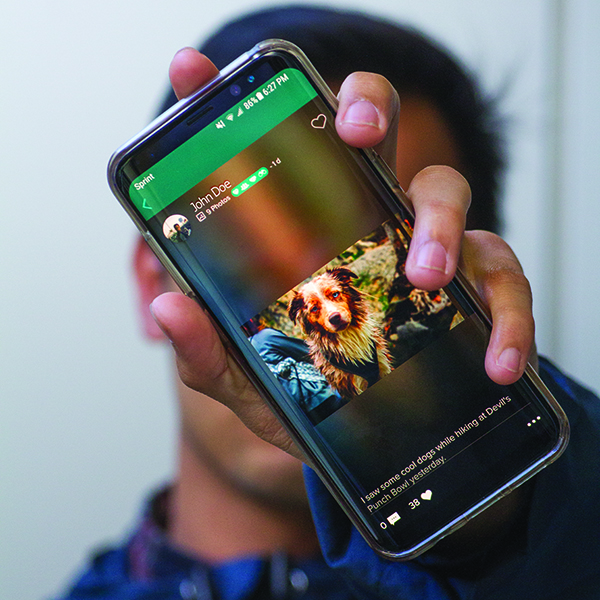 Vero – True Social, is the newest social media application that is perfect for internet creators. Due to the removal advertisements and algorithms, users do not have to compete against bigger influencers in terms of sharing their content.

Over the past few months, Vero has become one of the most downloaded applications in the play store, users mainly came from another popular social media platform called Instagram, who were tired of losing engagement due to the new algorithm that was implemented in the beginning of 2018.

Since Vero is still on its beta stage, and due to the influx of thousands of people signing in, users may experience some bugs along the line in terms of posting and opening the app. But regardless, the application still works wonders in terms of actually finding real engaged followers on your feed.

One of the main unique aspects of Vero is its aesthetic. When scrolling through the app, you wouldn’t be able to help but notice how clean and professional the feed looks. The use of the black background doesn’t put that much strain into the user’s eyes in contrast of Instagram’s white background. More so, Vero has a feature in which you can choose who you would want to see your content, before posting, the application gives you a choice from your personal connections from best friends, close friends, acquaintances up to your followers or to the public.

So a lot of you may wonder, if Vero removes the use of advertisements, how would the application last through the lack of funding? The team behind Vero has an answer to that. It is implied that the users of the platform will pay a small fee that is an amount of a couple cups of coffee annually to financially support the app. And the first million users who have downloaded the application would be able to use Vero for free.

All in all, Vero has a potential to compare against some recent popular social media platforms that are widely being used up to this day, with its growing community and excellent features. I believe that the future of Vero is bright.