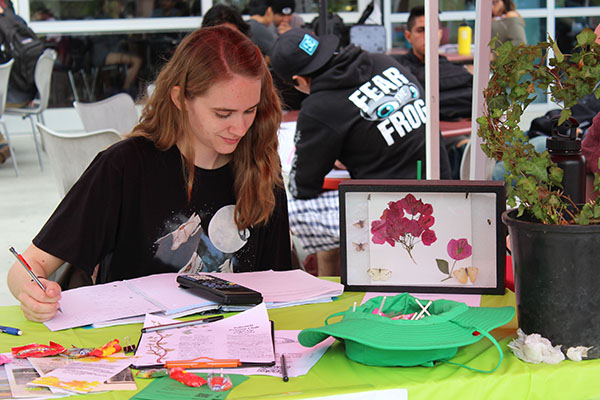 After several semesters of low involvement, clubs saw a boom of student attendance.

At Palomar College, Club Rush has had big club turnouts and widespread student participation or has had very low participation and turnouts. This year’s Club Rush wasn’t exactly filled to the brim with people, but saw a spike in student turnout.

Previous semesters for example, there was a lack of participation on both the club side and the student side. This semester however, separated itself from that tradition. Student Affairs Administrative Specialist, Marylin Lunde said the there was “about twice as much [participation],” this semester, when compared to last.

Lydia Keaty from the Hiking club explained what she thought student attendance at hikes and meetings would be in comparison to the two full sheets of names and phone numbers she received.

“After asking these people if they’re going to be able to show up, I’d say at the very least 50 percent of people on the list will show up but they all were interested in receiving text responses” Keaty said.

Fluteous Maximus from the music club also explained his thoughts on attendance and how he wasn’t concerned about the people who won’t make an effort to show up all-together because those people aren’t the kind of people who are interested enough in the club.

“I don’t expect anyone to be consistent. Life is sporadic, things happen…When I talk to someone I look at their interests and see if this is something they really want to be a part of” Maximus said.

His response is what the overall feel of this semesters club rush would give you. The clubs were more interested in seeing if you would enjoy the club rather than trying to get as much exposure as possible. The coming together of different entities to develop change.

“The people you see here and participating in club rush are likely to be the clubs that are collaborating, changing the society on campus, improving it, and shaping it… …shaping it into something beautiful,” Maximus said.