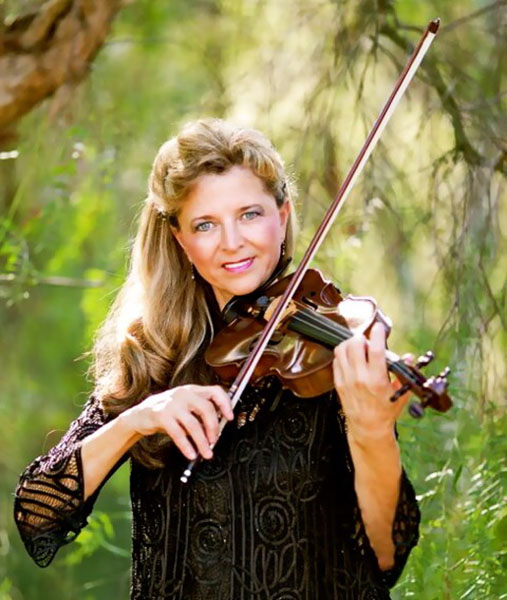 Grammy’s give a nod to Palomar adjunct, twice

A Palomar professor is a Grammy finalist.

Concertmaster of the Palomar Symphony Orchestra and adjunct-faculty member Ulli Reiner has been nominated for the Music Educator Award for the second year in a row, and this year she is a top ten finalist from the Recording Academy and Grammy Foundation.

“It’s truly an honor. I never expected to be in the top ten,” Reiner said. “It’s just an incredible honor and an incredible experience to be chosen from so many nominees.”

For being a top 10 nominee, Reiner received a $1,000 honorarium. If she wins, she will receive a $10,000 prize and a grant of a matched amount that will be split between Twin Peaks and Bernardo Heights Middle Schools, where she works full time. Reiner will find out if she won on Grammy night, Feb. 12.

Reiner’s work goes far beyond just Palomar. She is orchestra director within the Poway Unified School District, directing both the Bernardo Heights and Twin Peaks Middle School orchestras, the orchestra manager and concertmaster of the Poway Symphony Orchestra and the conductor/founder and soloist with the Poway Symphonette.

“She’s so active in education at so many different levels,” said Ellen Weller, director of the Palomar Symphony Orchestra. “It didn’t surprise me at all that [The Grammy Foundation] would have her come back and I’m not surprised that they booted her up to another level this time around.”

Weller and Reiner have worked together in the Palomar Symphony Orchestra for six years. According to Weller, Reiner’s role as concertmaster involves much more than just leading the violin section.

“She models and demonstrates posture, focus, professionalism, and the expressive and artistic nature of our art form,” said Weller, who described her role as directive while Reiner works from within. “She’s an expert on strings, while I’m pretty good with winds, Which is one of the reasons we work really well as co-teachers.”

As an adjunct professor, Reiner is the violin teacher for Palomar’s Applied Music program, in which instructors offer individual lessons for serious music students. The program is competitive, which is why students have to audition to be accepted into the program.

With all of the programs she is involved in, Reiner is a very busy person. Even as we spoke on the phone she was multitasking, pausing the interview to let her students into the classroom.

Last year when she was nominated for her first Grammy, the foundation was surprised by her involvement in so many programs. “They’d never had anyone who was nominated into the top 25 who actually served several sites,” Reiner said.

Even with this busy schedule however, her interests are not limited only to music. “It’s not just education and music, she’s very much a proponent for awareness of wildlife,” Weller said.

Her passions for wildlife and music came together in 2015 when the Palomar Symphony orchestra performed the Decorah Bald Eagle Concerto, a conservation themed piece written specifically for Reiner by Palomar music professor Madelyn Byrne. The piece was inspired by the nesting habits of a pair of eagles in a preserve in Decorah, Utah.

What got Reiner this far is her value in discipline that was instilled in her upbringing by her father. “My father was so strict that I couldn’t step out of the house without all my homework done and the violin practice was over,” said Reiner. “I’m glad that he instilled that discipline in me because it’s carried over throughout my whole life.”

This disciplined upbringing is also reflected in her educational philosophy. “I tell kids that discipline and hard work will really make them great. There’s really no other substitute,” said Reiner.

Music Educator applicants are evaluated based on the demonstrated evidence that they have made a measurable difference in the lives of students, have made a significant and lasting contribution to the field of music education, are exemplars of the best in the field, and other qualifications.