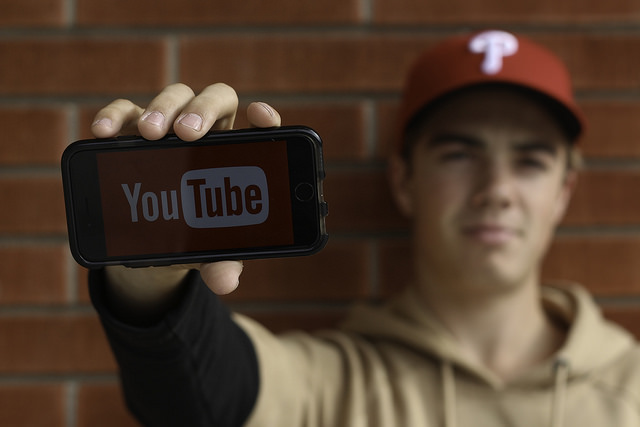 Palomar College student Jordan Beau is on his way to YouTube fame.

Beau is a 17-year-old freshman at Palomar. He is taking his General Education classes with an intention to transfer with a major in business. While he is in school for business, one of his passions is making and editing YouTube videos.

With a little over 25,000 YouTube subscribers Beau is already making his mark on the YouTube community. He originally got into YouTube by making videos of himself riding his scooter, of which he is a professional.

However, once he became introduced to filming and editing, his videos turned more into action sport blogs and entertaining video edits. “I began YouTubing more than scootering because I have so much fun making videos with my friends,” Beau said.

Beau has now met and made friends with other YouTubers like himself, with whom he collaborates to make videos together. Through working together to make these videos it has helped him gain even more viewers and popularity.

One of Beau’s most recent videos and a favorite of his so far is an edit where he is doing his normal routine but with a comical twist of himself dressed as a cop. “I patrol the streets and mess around at the skatepark,” Beau explained.

Beau is in school because he thinks it is important, and does not intend on making YouTube his career. However, he remains open to the possibility.

Beau is already making a little money on some of his videos, but as of right now he does it solely for fun. Check out his videos for yourself by going to his YouTube channel at BeauBros.