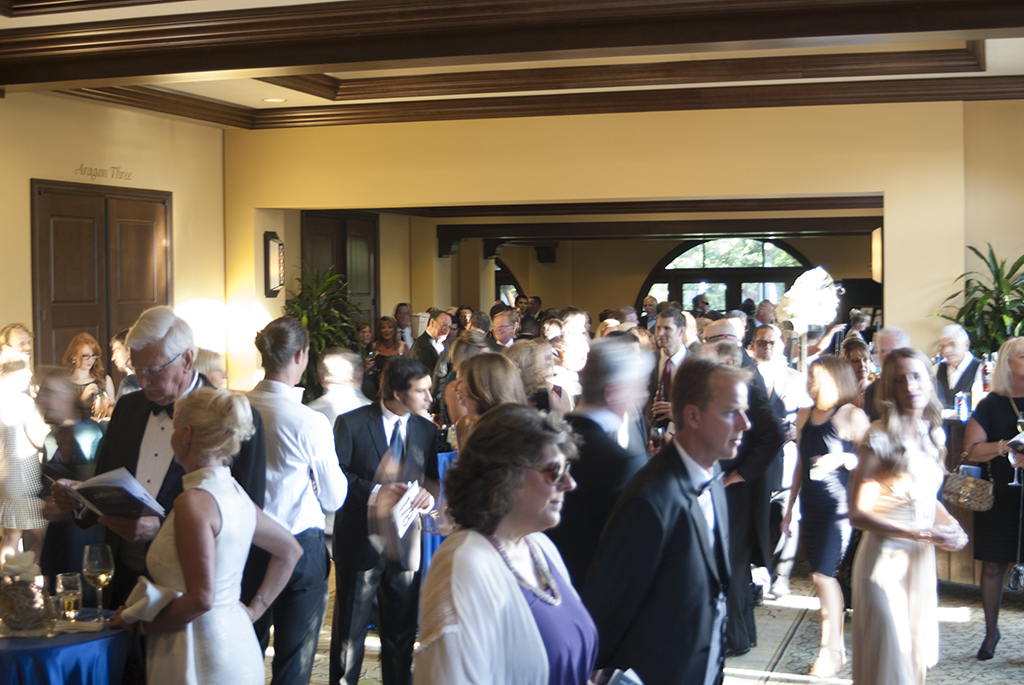 The night was filled with ball gowns and splendor as philanthropists from around the community gathered for the evening in support of student success.

The “Starlit Gala” celebrated its 25th annual event on Sept. 10 at the Rancho Bernardo Inn and was hosted by the Palomar College Foundation and President’s Associates. The fundraiser event was an effort to raise monetary funds to benefit Palomar students and programs.

According to the Director of Foundation Operations Debbie King, the event had an estimated $220,000 in proceeds where the highest live auction bid of the night was for $10,000 for Palomar Promise, a new college program in partnership with San Marcos Promise to provide free tuition to high school graduates of the San Marcos Unified School District.

“We’re thrilled because it’s a clarion call to a bright future ahead for Palomar College and an incredible effort in engaging the community and supporting students through their higher education and making a difference not only for themselves, their families but for our community,” King said.

The gala had one of the largest attendances as of late with more than 400 individuals in attendance. The gala also celebrated Kathy Issa with this years Comet Award for her philanthropic work in the community and college.

The gala hosted performances by Palomar Encore Dancers whose instructor, Sue Gilson, donated $1,500 to Palomar Promise. The donation was on behalf of her 10 dancers and five singers who performed that evening and to also support performing art students to help them go to college and pursue their passion.

“My passion is for them and my love for dance,” said Gilson. “It’s Palomar.”

The gala showcased five students who have benefited from the foundation, one student Carina Favela, a 22-year-old nursing student, who highlighted the struggles of a student and the support of the foundation.

“Its just amazing that people donate to the cause, its really hard being a student where you don’t get paid for what you do, having a child, having to provide food on the table,” Favela said. “Its not easy.”

Victoria Marino, a 20-year-old biomedical engineering student who was also showcased, felt excitement and compassion as she watched people bid and donate proceeds during the live auction of the night.

“My heart was beating so fast, I couldn’t believe there were people actually giving us money. Its super inspiring,” Marino said. “It makes me want to say ‘yes I can do this, yes I should keep going.’ Knowing people have your back, that’s super awesome.”

The students who were spotlighted during the evening and who attended couldn’t contain their gratitude such as Marino.

“The best thing I want to do is go and get the goals I set for my self as gratitude towards them because they’re helping me get the courage to apply to things I would have thought of applying for,” Marino said. “I wish there were better words than thank you.”

Forrest Ponsot, a 21-year-old philosophy major and showcased student, said the experience from the night was humbling and that he felt the support from the community who believed in his passions beyond the monetary value.

“I just want to hug all of these people, where are they so I can just hug them.”