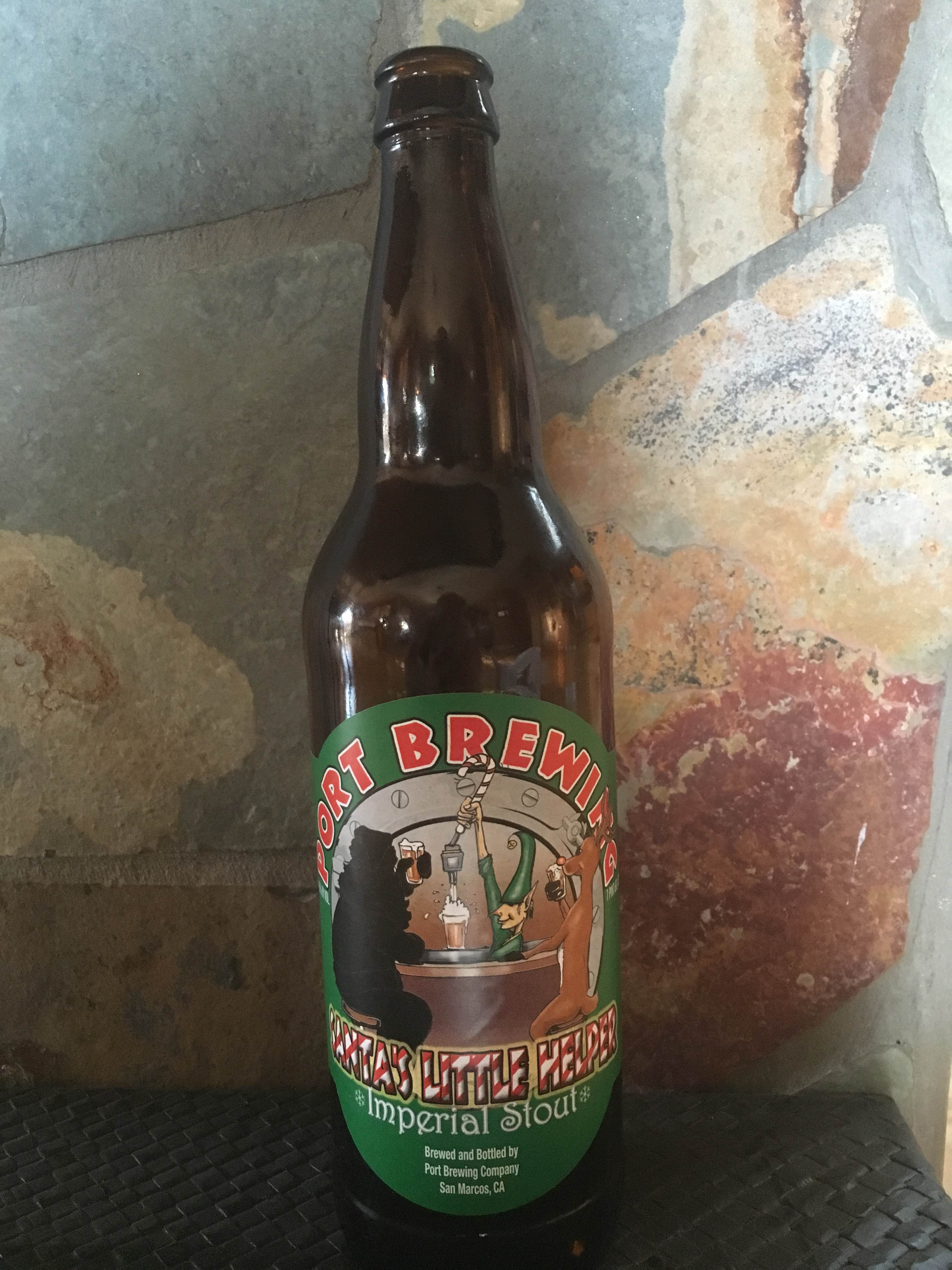 Published December 16, 2015 by Mike Adams
Local San Marcos’ Port Brewing seasonal offering, Santa’s Little Helper, is an Imperial Stout with an ABV of 10% putting it on the stronger end of the spectrum for beers. If Santa wanted to have a safe and successful Christmas eve of deliveries, I ‘d advise he’d save having this one for after the night’s job is done.
If you’re into a darker beer and want to get festive at an ugly Christmas sweater party this beer would be one to recommend but nothing about it is entirely special to make this a must try for the casual drinker.
When drinking it out of a fresh pour of a large 22 oz. bottle (purchased for $7.50 at Bev Mo) the head of foam creates a sweet, savory flavor similar to spiced bread. Upon putting the glass down the bitter, dark imperial stout taste does begin to engulf starting at the sides of the tongue, making you want another sip of the sweet opening.
If you are versed to the taste of an Imperial type you will find that it rides the line well and doesn’t overbear with the strong taste. I wouldn’t describe the finish as refreshing and normal for a beer so lighter beer aficionados be warned .
Santa’s Little helper has an extremely dark brown color, not black as a Guinness for reference, with a roasted head of foam and a faint smell of dark chocolate and spice that warms the nostrils.

I would not suggest a night of these as Santa’s Little Helper is filling and have you feeling like you have Saint Nick’s stomach. But after drinking one tall bottle a nice, warm feel greets you that is perfect for staying warm during those chilly 50-degree San Diego winter nights.