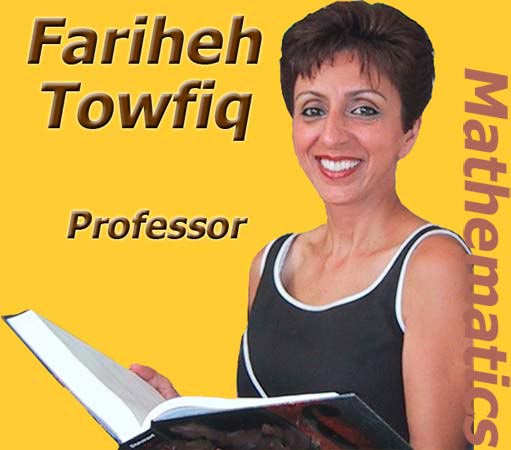 Palomar Professor Fari Towfiq readily places her students as her first priority and is a source of inspiration in higher education, according to her students.

Towfiq, who also runs the math center, serves on several different committees such as EEO advisory, Student Council, Faculty Senate and a hiring committee. She also runs the Equivalency Committee, which evaluates other professors.

“I adore the way she works,” student Tayeba Murad said. “She is always there to help her students to success. She has become a role model for me from whom I learned so much.”

She teaches three self-taught courses in the math department that cater to 450 students on average, with a low enrollment being 300 students.

Towfiq said she works 30 to 40 hours a week on campus and puts in more time working from home in the evening as well as weekends.

“She is continually refining the math center and introducing new ways of reaching students, such as placing tutors in classes with students (so-called embedded tutoring),” Anfinson said.

Her love of mathematics started from a young age, during her school years she said she noticed that one of her childhood friends was struggling with math and, as she progressed academically, her young friend was held behind.

She added that she noticed that her friend had what we today know as a learning disability, and upon seeing her friend struggle she immediately vowed to herself that she would somehow help others succeed in mathematics. In her college years, Towfiq worked as a math tutor and an instructional assistant while working toward her bachelor’s degree in computer science and her master’s degree in applied mathematics.

She later began teaching at Saddleback College in Mission Viejo for five years, and has been working at Palomar College for 25 years. When she applied to Palomar she noticed that there were two positions and decided to apply to both of them, one being a professor and the other being the director of the math center.

Towfiq said the most challenging aspects of her job is teaching students who have different learning styles or disabilities.

She said one of the most challenging aspects in the earlier stages of her career is when she had two deaf students and one blind student in a full classroom; she had to learn different ways for all three students to learn.

She had to repeat every question several times and in different ways for all students.

“She makes herself available whenever students need her. She is understanding of the diverse needs her students have and is always willing to help someone in need,” student Jacques Coulombe said.

Towfiq balances her private life as well as her social life very well, being both a wife and mother. She is showing that it is possible to be highly dedicated in both work and family life. Her work ethic is outstanding, her colleagues said.