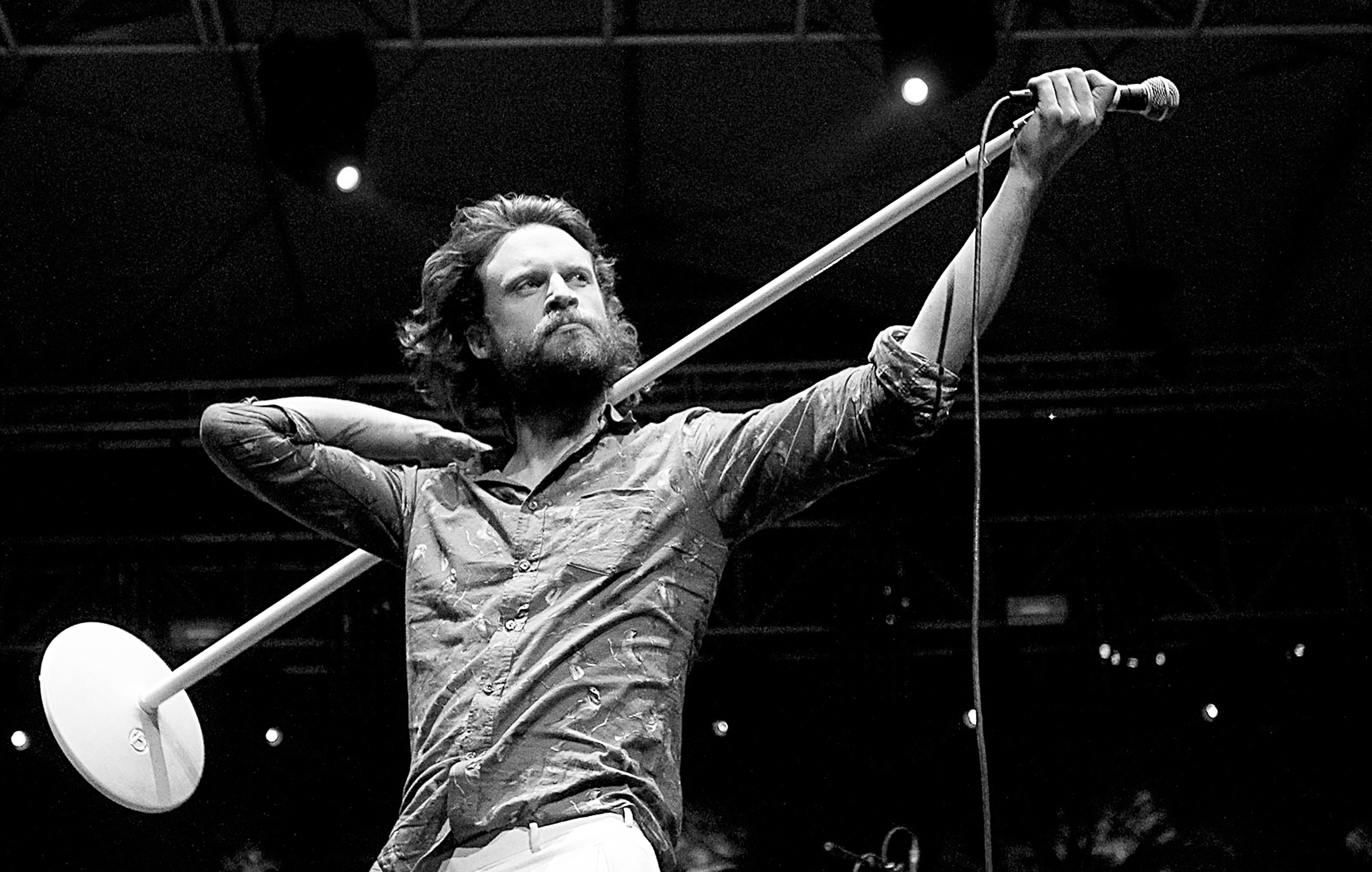 If they gave out sainthoods for debauchery, Father John Misty would be on the list of contenders.

Father John Misty is the pseudonym of singer-songwriter and multi-instrumentalist Josh Tillman, probably best known for his work as the drummer of Saxon Shore and Fleet Foxes as well as his string of solo releases under the name J. Tillman.

His sophomore record, “I Love You, Honeybear,” released by Sub Pop on Feb. 10, is a much more refined work when compared to his last album, “Fear Fun.” The instrumentation is more mature, with elements of orchestral music, well-produced arrangements and clear, tangible vocal melodies.

At first listen, his mellow, acoustic folk style doesn’t seem very adventurous or experimental. His lyrics, on the other hand, are often caustic and hilarious, filled with tales of drinking, women and drug use. His self-destructive tendencies are as finely developed as his knack for songwriting.

Where his last album treaded on themes of wanderlust, travel and substance abuse, his new album tackles one of the most common motifs of popular music: love.

The title track and opening song of the album, “I Love You, Honeybear” sets the tone for the rest of the songs to follow. Although the title and chorus of the song might prepare the listener for an overly syrupy and sweet love ditty, the song deals with elements of hopelessness and malaise.

“Everything is doomed and nothing will be spared, but I love you honeybear,” he sings as if being in love is he only remedy for the failing and soon-to-be-destroyed world he lives in.

“Bored in the USA” starts out as a sad piano ballad, but quickly takes a hilarious turn. He starts poking fun at the American Dream while a laugh track plays. “Strange Encounter” describes a traumatic event involving Father John Misty and a significant other.

“Nothing Good Ever Happens At The Goddamn Tipsy Crow” is a song about bars and Father John Misty’s commitment and love for his partner. “Holy Shit” pokes fun at religion, Western culture and societal norms.

“Chateau Lobby #4” has mariachi overtones to its instrument mix, with horns and Mexican folk-style percussion sprinkled throughout. Lyrically, Father John Misty begs his lover to “be gentle” as it is his first time. Whether he’s talking about falling in love or a roll in the hay is left up to the listener.

The song “True Affection” definitely sticks out on the album, and not exactly in a good way. The song is dominated by electronic drum machines and synthesizer riffs. This clashes pretty dramatically with the organic feel of his other songs.

Having said that, the lyrics speak of “strange devices” and talking face-to-face. Maybe Father John Misty is making a sonic commentary on the digital age with this song.

Of the 11 songs here, there is enough variety in style to keep things interesting. “The Ideal Husband” has elements of garage rock instrumentation. “The Night J. Tillman Came To Our Apt.” sounds like a spiritual successor to The Velvet Underground & Nico. “When You’re Smiling and Astride Me” is a straight soul song.

Father John Misty is quickly becoming an incendiary and popular figure in indie rock. “I Love You, Honeybear” sounds like an alcohol-induced, Americana-themed block party. But the lyrics are inspired by very honest and sincere feelings of love, commitment and disillusionment with society.

If you are a fan of contemporary folk music, “I Love You, Honeybear” is definitely an album you should check out. But this record is strong enough to stand on its own, regardless of genre tastes. It is an interest- ing, funny and lyrically-dense album. It may not be reinventing the wheel, but it is an excellent album and worth a listen.