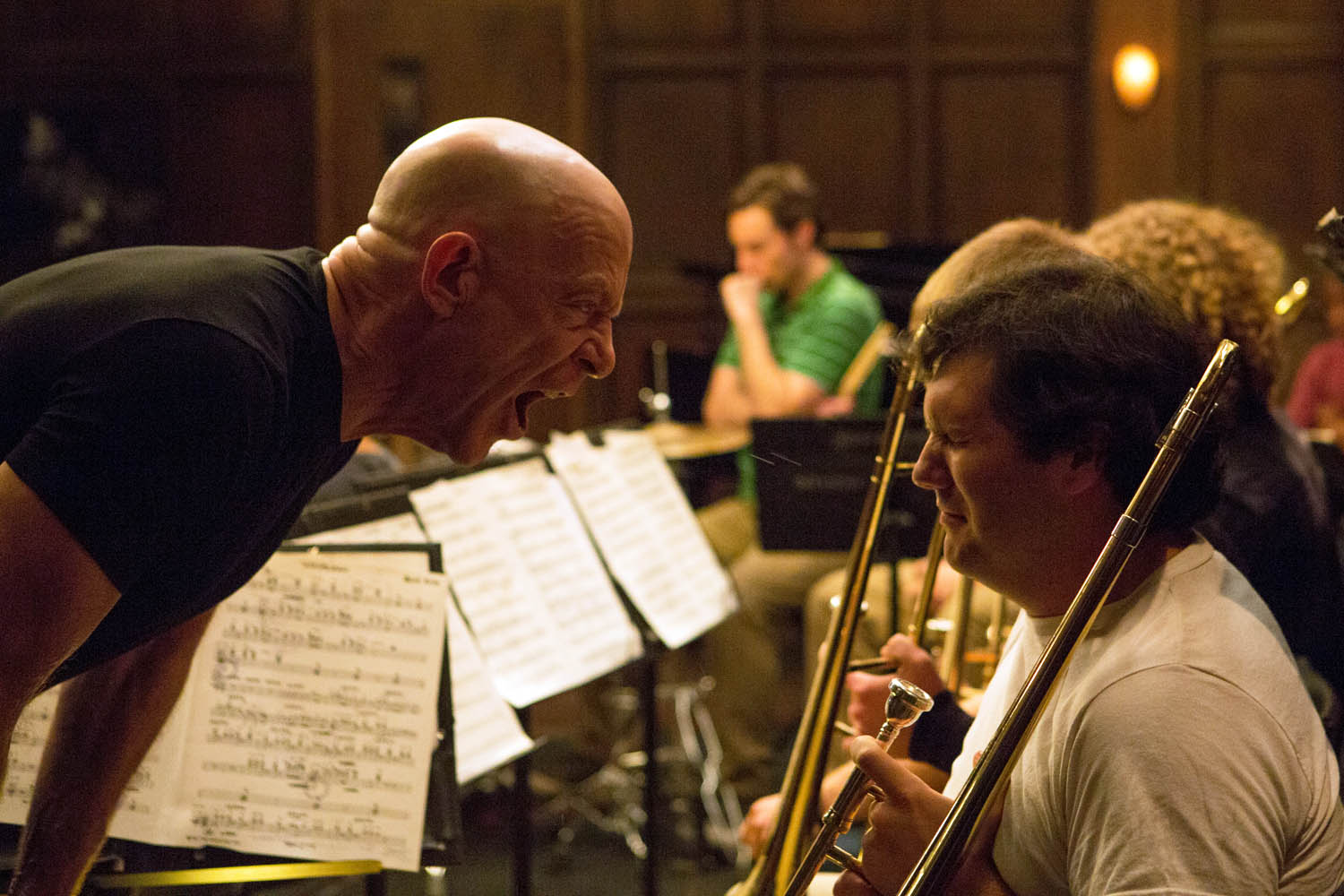 “Whiplash” is an engrossing and tightly wound drama that is easily as good as, if not better than its competition at this year’s Academy Awards.

The film, directed by Damien Chazelle, combines fantastic and believable performances, tension you could cut with a knife, and truly beautiful photography to create a dramatic portrait of a contentious student-teacher relationship, wherein both participants are in search of greatness.

“Whiplash” is a film that is guaranteed to have you on the edge of your seat while you watch it, and will leave you thinking about it for days after it has concluded.

“Whiplash” tells the story of Andrew Neimann, played by Miles Teller. Teller is in his first year at the Shaffer Conservatory, where he is studying to be a jazz drummer. While practicing, Teller’s drumming catches the ear of Terrence Fletcher, played by J.K. Simmons, the most celebrated and controversial con- ductor at Shaffer.

Simmons curates his own jazz orchestra comprised of students, and he accepts nothing short of perfection. Simmons hears something he likes in the way Teller plays a double-time swing, and invites him to the next practice session.

Once Teller has his foot in the door, he develops a kind of myopia wherein the only thing visible to him, is becoming the greatest jazz drummer of all time. Teller sees success in Simmons’ orchestra as the way to achieve this feat. Simmons however is notorious not just for his greatness as a jazz conductor, but for his teaching methods as well, which are highly questionable. What follows is one of the most intense depictions of a master-student relationship Hollywood has ever produced.

“Whiplash” is not entertaining exclusively for its scenes of white-knuckle tension, nor for its tour-de-force performances from both Simmons and Teller. Beneath the surface, “Whiplash” is a bit of a rumination on success, and masculinity. Teller’s drive to succeed, and the methods he employs to pursue that goal could be equally as laudable as they may be questionable, depending on the viewer.

The same goes for Simmon’s

character. His teaching methods, the psychological torture and manipulation he uses to achieve his goals will certainly become fodder for dinner discussions following the film.

Simultaneously, “Whiplash” asks its viewers to consider the role par- enting plays in the age of the millennial. Teller’s father Jim, played by Paul Reiser, is portrayed as a loving and concerned parent, one who is not as focused on “success” as his son is. Reiser is seen often trying to soothe Teller, and tell him that fail- ure is not just okay, but is a natural part of life.

However, there are those who feel like old school toughness is the best way to aid a protege in achieving greatness. So for parents in the audience, “Whiplash” may serve as a sort of a mirror by which one might judge their own approach to being a parent or mentor.

They say art exists to provoke a reaction, or an emotional response. “Whiplash” succeeds masterfully at provoking and evoking a number of reactions from the viewer, as well as being a fantastically well done piece of entertainment.