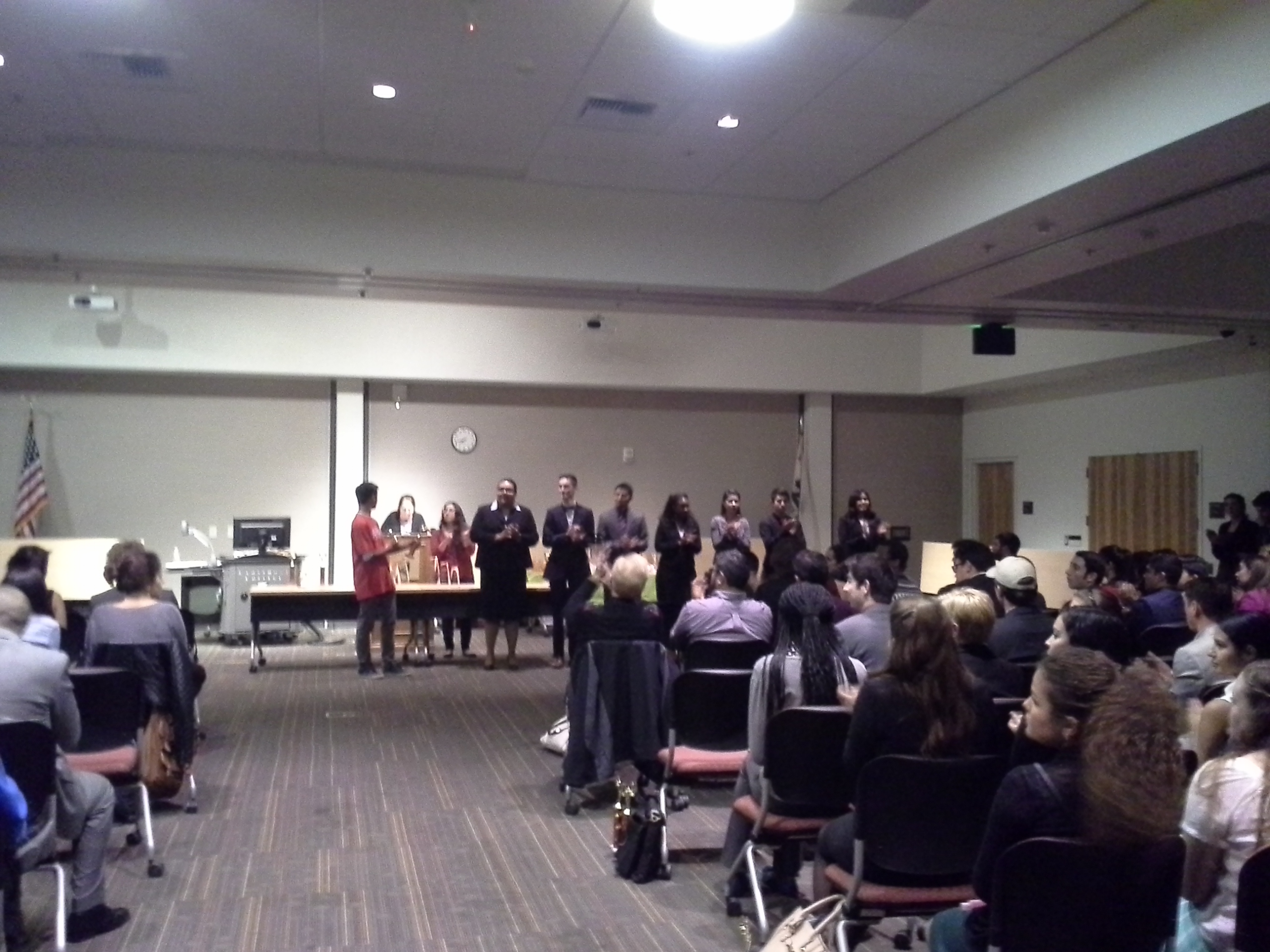 Palomar’s Speech and Debate team visited Grossmont College Nov. 14, 15 and 16 to host the annual Ray Dahlin Invitational and compete in the Griffin Invitational, hosted by Grossmont.

Forensics Director Dewi Hokett and speech communications professors Chris Lowry and Brandan Whearty organized the event, which took place on Nov. 14. The event consisted of two preliminary rounds of competition followed by the final rounds at the end of the night.

According to Whearty, a total of 16 schools competed in the event hosted by the Palomar Forensics faculty and there were 236 separate events, with the farthest competitors traveling from El Paso, Texas.

“It’s a neat chance for us to get out and host this event, which in turn helps our budget,” Whearty said.

Hosfield said that preparing the event consisted of six weeks of planning, sending invitations to different colleges and confirming at least 10 competing schools.

At the invitational, students rotated classrooms, depending on which competition they were participating in.

At the drama competition, students performed 10-minute monologues in various genres such as comedy and drama.

“It’s a lot of online work,” Acosta said about her preparation for her performance She added that she went on sites such as YouTube to research the artist. “I’ve got to copy everything,” she said.

She took home second place at the awards ceremony.

“(The event) was a blast. Everything went thoroughly smooth … I’ve been to a lot of events but this one was awesome,” Acosta said.

Palomar’s Speech and Debate students also took home awards from the Griffin Invitational, in which students competed in Speech on Nov. 15 and Debate on Nov. 16.

Monica Eslamain, a second-year Speech and Debate member at Palomar, said she plans to transfer to either San Diego State University, Northern Arizona University or UC San Diego to major in political science and intends to continue participating in speech and debate.