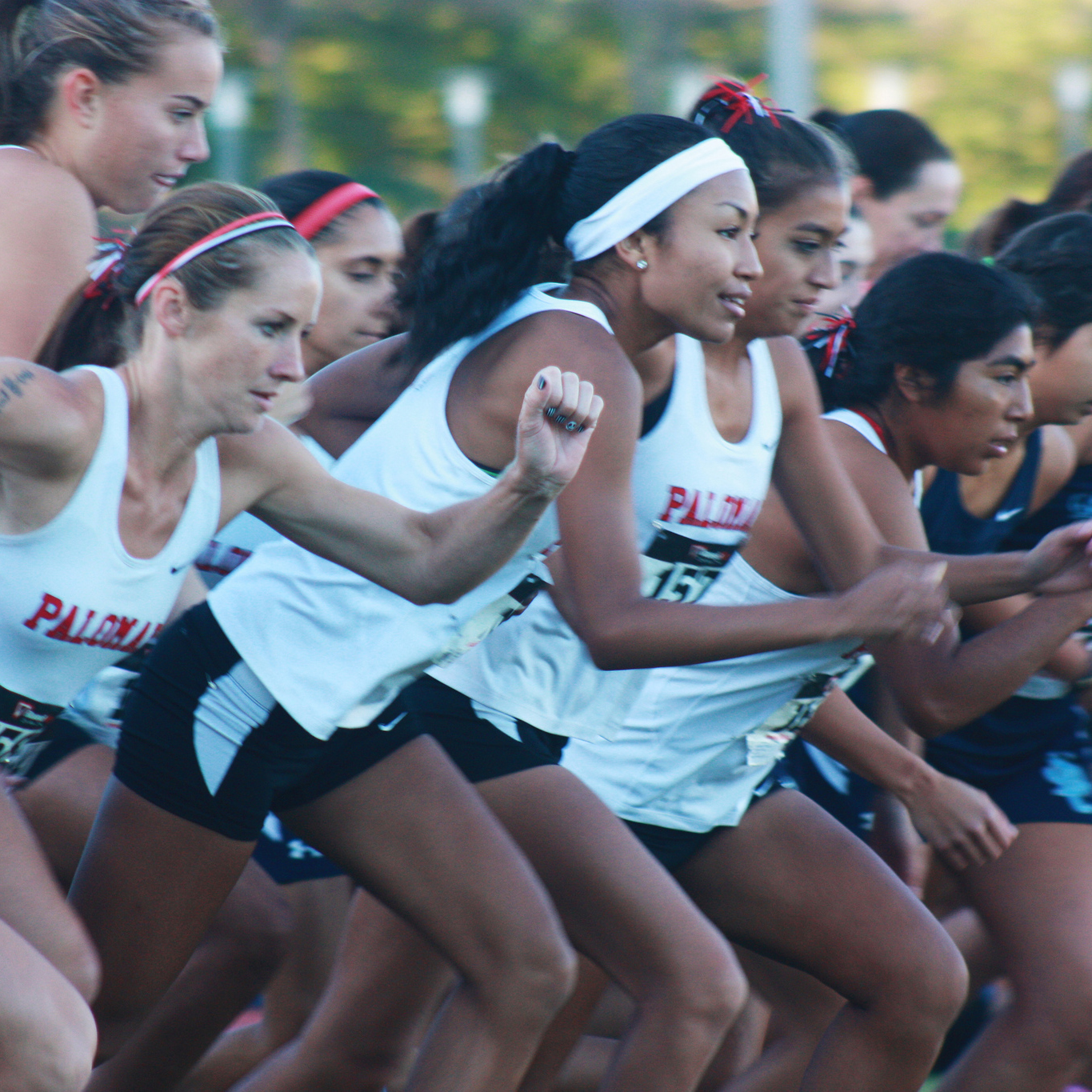 Palomar’s cross country looks to stand alone at the top

The 2014 season for Palomar’s men’s and women’s cross country has already started, but things look to be promising for this year’s squads.
In their first meet of the year, the Mort Covert Classic, both teams raced to a 12th-place finish in their respective fields. The meet, hosted by Cal State Fullerton, was a combination of community colleges and Division I schools, including Loyola Marymount University, University of Southern California (USC) and San Diego State University.

Palomar women’s team finished the meet with 339 points, with returning runner Jessica Steinhoff as their top finisher. Steinhoff ran the 5K course in 19:49.4 to finish 42nd out of 147 entries.

Steinhoff, the lone returnee from the last season’s team, along with coach Jennifer Williams, look to build on last season’s success. That 2013 women’s team tied for the Pacific Coast Athletic Conference Championship with San Diego Mesa College due to a controversial ending in the conference championship meet. The controversy ended with conference commissioner John Woods declaring that both schools were co-champions.

The men’s cross country team finished its meet with 358 points. Sophomore Matthew Bellah earned top honors for the team, finishing the 8K course in 28:42.3, which placed him at 88th out of 169 runners.

Coach Hugh Gerhardt and his team, with seven returning players, look to improve on last season. The men’s team finished fourth in the PCAC last season.