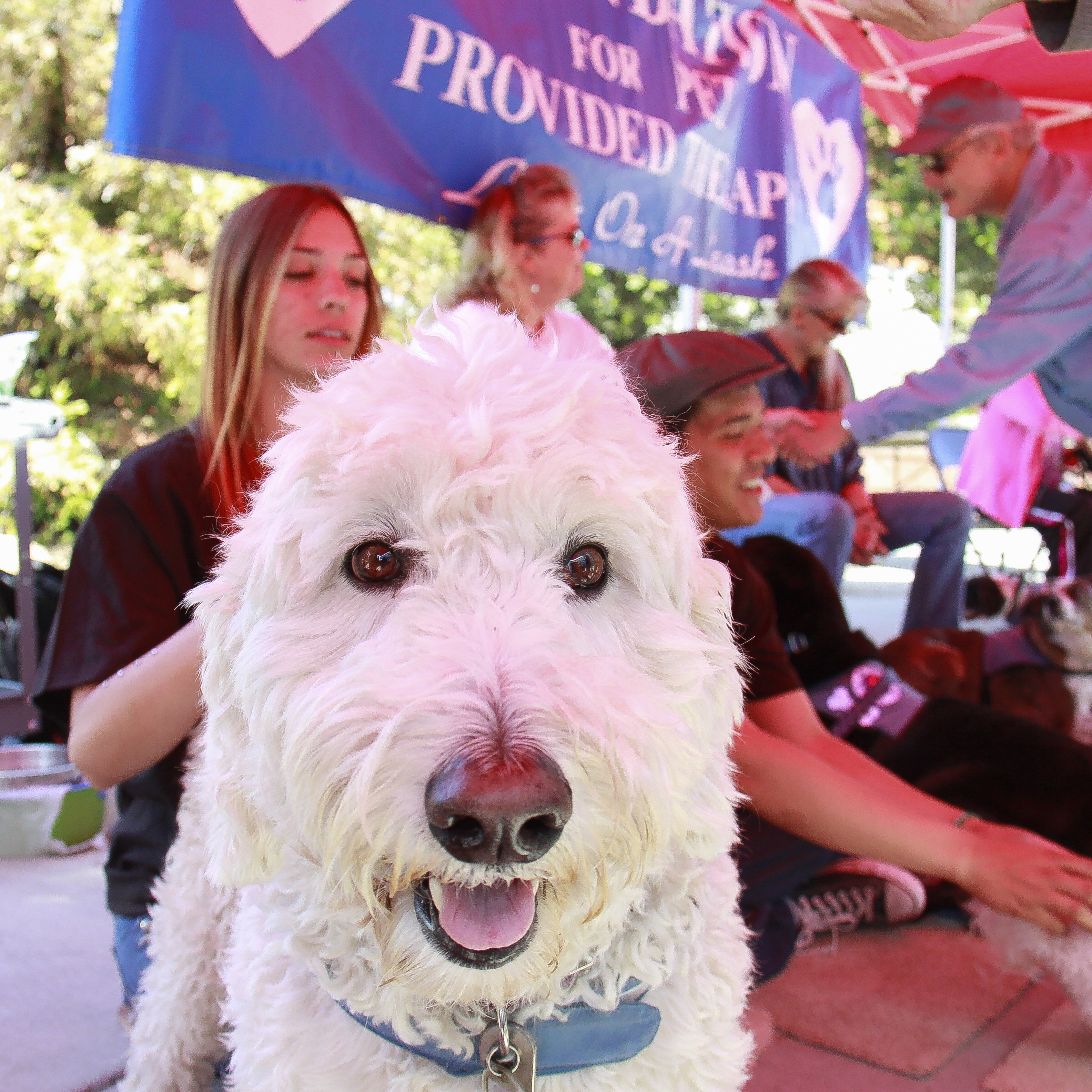 Love on a Leash a big hit for stressed students

A day of pet therapy provided students with a stress reliever on April 23.

The Active Minds club teamed up with the non-profit organization “Love on a Leash” for a National Stress Out Day event at Palomar College.

Dogs surrounded the Student Union for the event and welcomed students to pet and play with them.

“Dogs are a therapy,” Echegoyen said.

According to the “Love on a Leash” website, “A therapy pet’s primary function is to brighten someone’s day…Therapy pets and their owners visit nursing homes, hospitals and schools to provide emotional support.”

At the Active Minds booth students crowded inside to hang out with the dogs and their owners. The dogs wagged their tails in excitement as they allowed multiple people to pet them at once.

A shih tzu named Sammy was one of the companions that came to Palomar with his owner Greg Mellot. Sammy sat calmly with his owner allowing students to pet him, occasionally giving away his puppy kisses.

Echegoyen said since the club is out there, people feel comfortable coming up to talk to them about problems, sometimes even serious issues such as suicide. When that occurs, the advisors of the club will guide them to the counselors on campus to handle the problem.