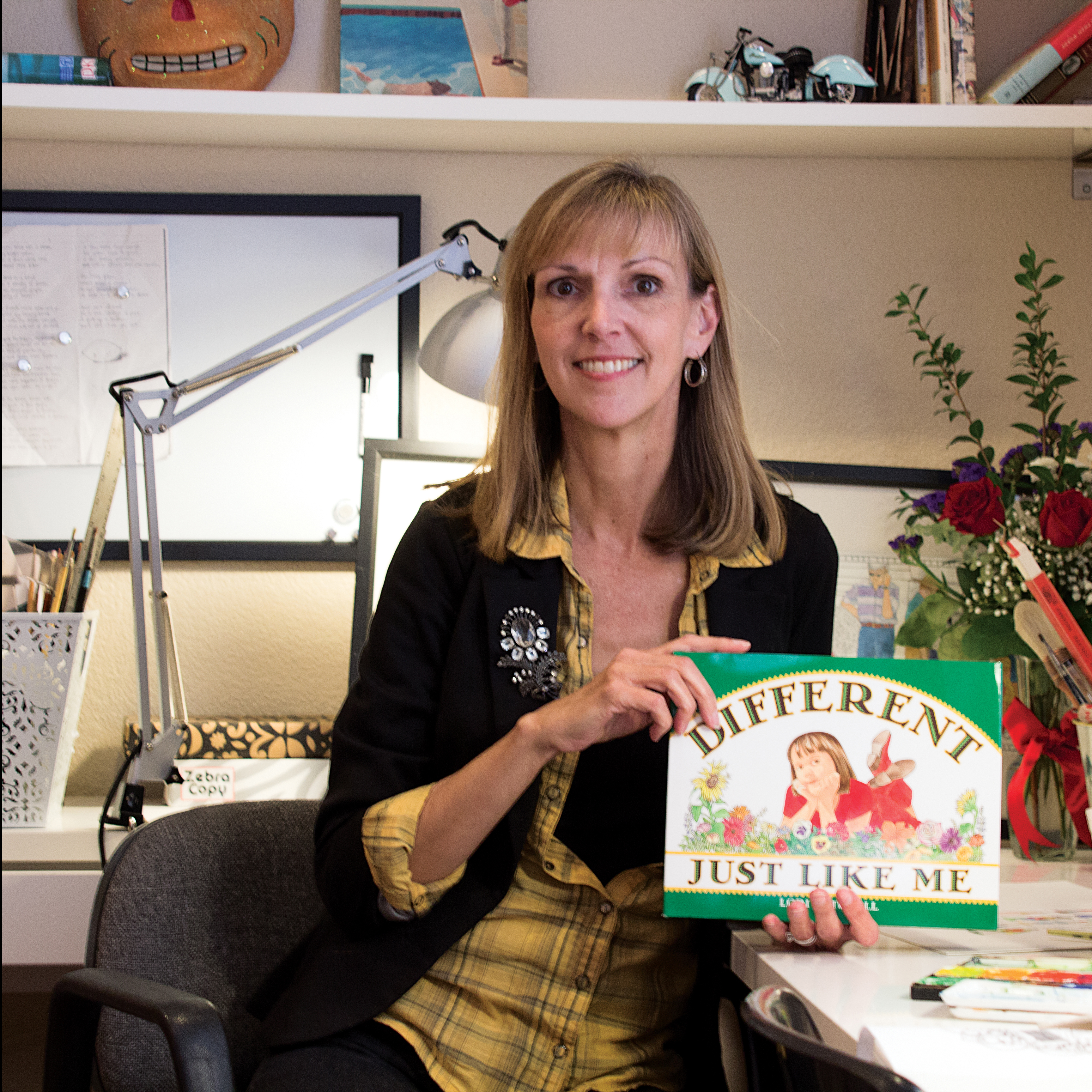 Walking into Lori Mitchell’s home, before entering the studio where she composes her illustrations, a coffee table holding several portraits can be seen by the stairwell. Amongst the pictures, there is a familiar looking face of a young man donning an orange V-neck.

It is the mugshot of Justin Beiber after his arrest, framed and placed among the others.

When asked about the photo, Mitchell laughed nervously and said she feared her daughter, April, might be embarrassed for placing it there after his arrest in January.

The mock homage to the bad boy pop star reveals a playful and witty side to April, who was Mitchell’s chief inspiration for her book, “Different Just Like Me,” which received national recognition after being presented on The Oprah Show.

If not for her daughter April, the book may have never been written.

April was born with Vitiligo, a rare condition in which you lose melanin, the pigments that determine the color of your skin.

“April was four when her Vitiligo began to show on her face”, Mitchell said. “She was almost a year when she started to get it but you couldn’t see it.”

As April grew she knew she was different, but she also saw differences in people that were around her.

For Mitchell, it was not good enough for her to simply tell her daughter what she saw. After the game she wanted to find a book that could show April the differences in people and how those differences are accepted.

Upon publication, Mitchell not only taught April about the multiplicity of people and life, she wrote a book that would affect children all over the world with its universal message of diversity and acceptance.

“I pretty much was doing it for (April),” Mitchell added, “I didn’t even think it was going to be around, that other people would be reading it.”

Drawing heavily from her own life, the sincerity and distinctiveness of Mitchell’s detailed illustrations add to the books initial praise and contribute to its lasting impression.

Search “Revolution” by the John Butler Trio on YouTube and April can be seen standing with people from all walks of life, all colors and creeds, all different but all beautiful in their own way.

April doesn’t try to hide her Vitiligo. She’s made her condition a part of her life, exerting control over it. In a video interview, April said she likes it and it’s given her some unique opportunities.

“We own our own pride. We don’t have to be ashamed of who we are, no matter what we look like. We can take back who we are and not let anyone tell us who we are,” Mitchell said