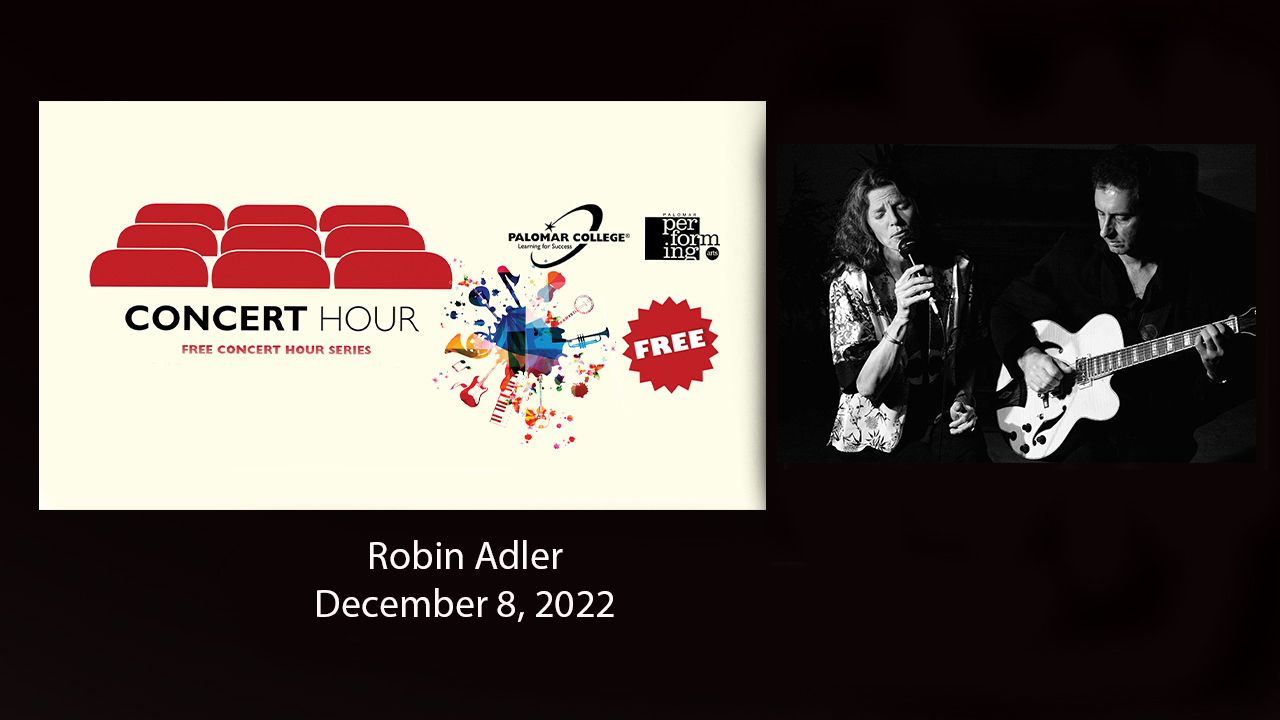 Vocalist Robin Adler and her husband, guitarist-producer Dave Blackburn, have made the music of Joni Mitchell their special project for the past thirteen years, playing to packed audiences. Reaching across the 40+ years of Mitchell’s extraordinary career, Robin and Dave have performed six of Joni’s albums to date and released two CDs of their own (Safaris to the Heart (2010) and Hejira Live (2014). “Robin and the Mutts don’t just “cover” Mitchell’s music – they inhabit it.”– Robert Bush/San Diego Reader