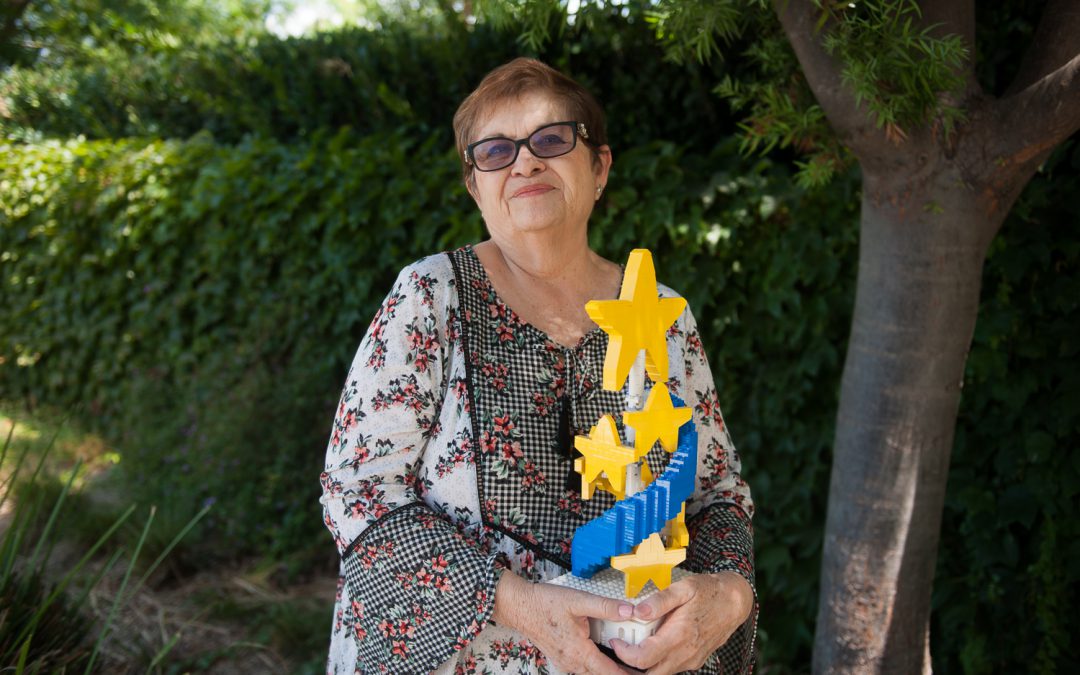 Yoli Bennett brings Lego mini-figures to life for Legoland parks across the globe. When she was already an established master of her craft, she sought out Palomar’s fashion program and remains one of its biggest fans.

CARLSBAD — Children love them. Adults sometimes try to disguise their love for them. Theme park directors are particularly crazy about them. They are hand-made costumes that bring some of Lego’s most beloved mini-figures to life, and they all come from one place: Yoli Bennett’s workshop.

Tucked inside an industrial park near McClellan-Palomar Airport, the shop turns out works of art that performers between 5’2” and 5’6” climb into as they slip into character for Legoland’s guests at a growing portfolio of parks around the world.

It’s an impressive operation that Bennett, an alumna of Palomar College’s Fashion Merchandising and Design program, has spent the last 18 years building.

“I live for this,” she said, opening the door between her office and the workshop where, as of the end of July, some 34 custom, hand-made costumes had been produced and shipped to Legoland parks around the world, from Dubai, to Germany, to England and Japan.

A Legoland opening soon in New York has ordered a full platoon of 21 Lego costumes from Bennett’s team, and she is especially proud that they even wear her costumes at the flagship park in the Netherlands.

Not only are the suits fun and engaging, they’re also brilliantly made. Each vacuum-formed plastic head is hand-painted by an artist using automobile paint. The bottom of the feet are replaceable when they wear out, as are the cloth shells when they fade.

Since Legoland California opened in 1999, parent company Merlin Entertainments has launched dozens of parks, and all of them are eligible to receive costumes from Carlsbad. When Bennett ships a costume off to a park that never had one before, she often gets an exuberant thank-you email in return.

Bennett is nearing retirement, but she is still passionate about her work. It was this same passion, she says, which motivated her to enroll in a fashion class at Palomar College in 2003.

“I was looking for people who had the same interests,” she recalled. “I thought, where do I find that? I’ll go to Palomar. They have fashion, they have pattern-making—I could always tune up my skills a little more.

“It was a community thing,” she said. “That’s what Palomar is.” 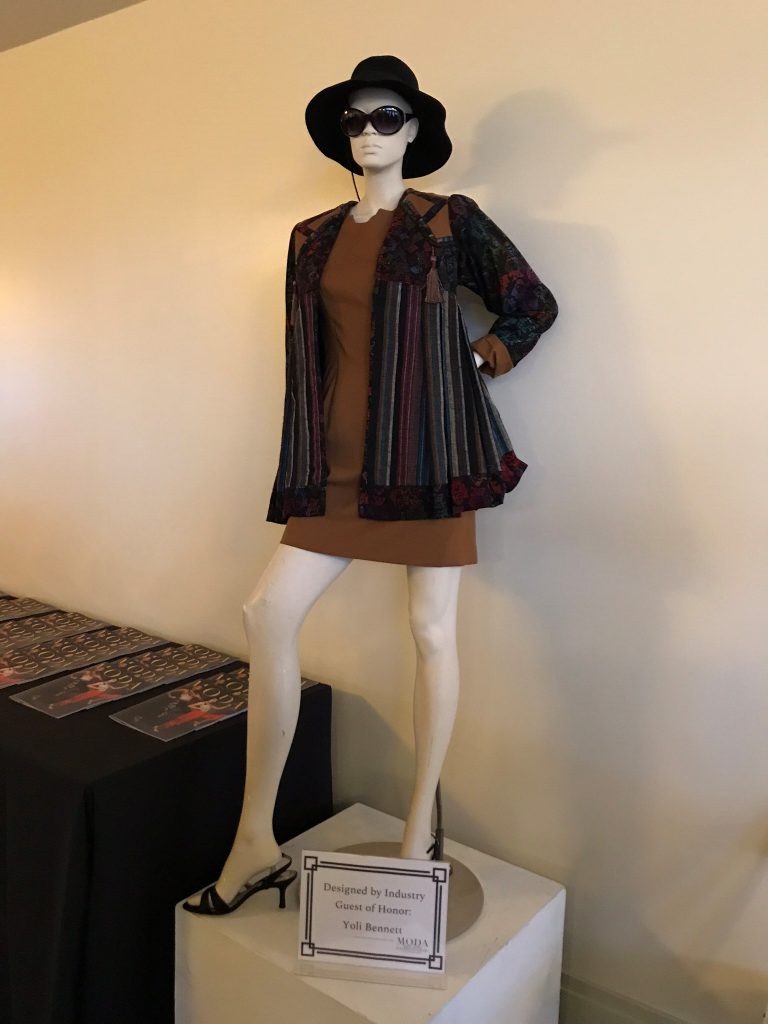 A piece that Yoli Bennett designed for a fashion class at Palomar was modeled on the runway at FIDM in L.A. and is now on display at Palomar College.

Bennett’s career path took its time getting her to Legoland: After 20 years in pharmaceutical sales and decades of freelancing as a costume designer for local theater productions in North County, Bennett landed at Legoland California in 2000—the year after the park opened.

Today, Bennett’s office is the only operation authorized to build costumes for Legoland. But in her role, she doesn’t just make costumes. Her team can produce all sorts of textiles for the parks.

In 2003, after sensing dissatisfaction with the uniforms among employees, she wrote a proposal for uniforms that could be worn universally, put together the detailed design documentation known as a “tech pack,” and presented the proposal at corporate headquarters in the Netherlands. Now her design is worn at parks all over the world.

“The gift that Lego has given me is the ability to be creative, to be innovative, and to have them hear my ideas and move forward with some of them,” Bennett said.

When asked about her sense of accomplishment, she demurred: “It feels good, but that’s in the past. My philosophy is, do the work, get it done, and move on to the next project, the next challenge. I live that way.”

As a professional who has seen huge success in her work, Bennett remains one of the Palomar’s most ardent industry supporters, and this spring she opened the MODA Fashion Show by giving a brief personal history. It began when she was a girl who only owned one pair of shoes.

Bennett has now been married for almost 50 years and has two daughters and several grandchildren.

When she first got to Palomar, she recalled, “What I was seeing was amazing to me—these professors, the dedication they had, what they were teaching these young people.”

Every year, Bennett welcomes a group of Palomar students into her shop to talk about the process of commercial production—but also to share her philosophy, inspiring them to work hard and keep it professional.

She tells them, “Make sure whatever you’re doing has a life and will continue to have a life.”