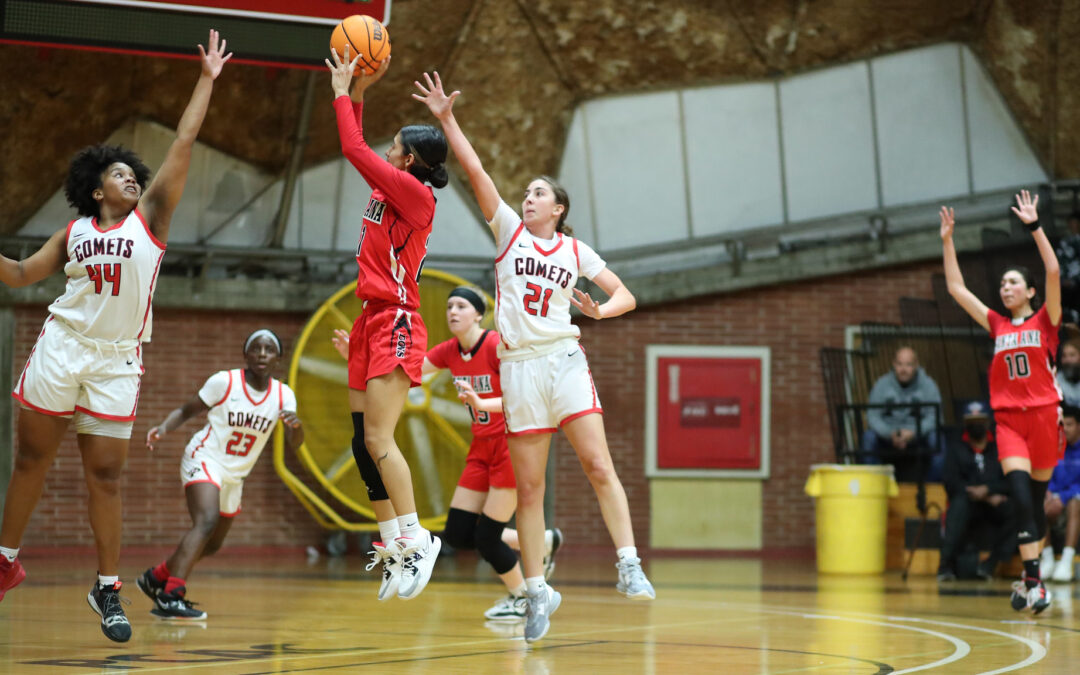 SAN MARCOS — Halfway through the 2022-23 season, the undefeated women’s basketball team at Palomar College has been ranked No. 1 in the state by the Coaches Association, setting them up for a strong drive toward the state tournament next month.

The California Community College Women’s Basketball Coaches Association, or CCCWBCA, voted Palomar the top program in California after it finished its non-conference schedule—which included several top-ranked teams—with no losses through the end of December.

“The higher your ranking, the better path you have, in theory, to making the state finals, in which the top four teams from Northern California play the top four teams from Southern California,” explained Palomar’s Athletic Director, Daniel Lynds. “If you can maintain that No. 1 seed until the tournament, and then you make it into the Elite Eight, it’s really helpful to have a top seed.”

Among the players from San Marcos making headlines across the state is sophomore Deajanae Harvey, who is averaging more than 25 points per game. Another sophomore, Rory Hetrick, has put up the best three-point percentage in the state so far this season, at 52.6 percent.

“We have had a great start to our season so far, and I am proud of the way we have competed,” said Head Coach Leigh Marshall. “This is a special group of athletes who are invested in one another and their program—and it shows. They have worked hard to get here.”

The Comets are consistently one of the best women’s basketball teams in California, and last year the squad made it to the Elite Eight only to be eliminated in the first round by San Joaquin Delta College.

In a rematch on December 17, the Comets beat San Joaquin Delta 59-47. In November, the team bested Mt. San Antonio College—last season’s top-ranked team from Southern California—by a score of 56-53.

The Comets’ last game was an 87-43 win against San Diego City College on Wednesday, January 4, and they play again at Southwestern College on January 11. The team’s final regular-season game is scheduled for February 17, followed by the 2023 state tournament.

“We have a lot of respect for our league opponents, and we’ve got to get through a challenging PCAC, but the team has put itself in a great position with the work they did in November and December,” said Lynds.