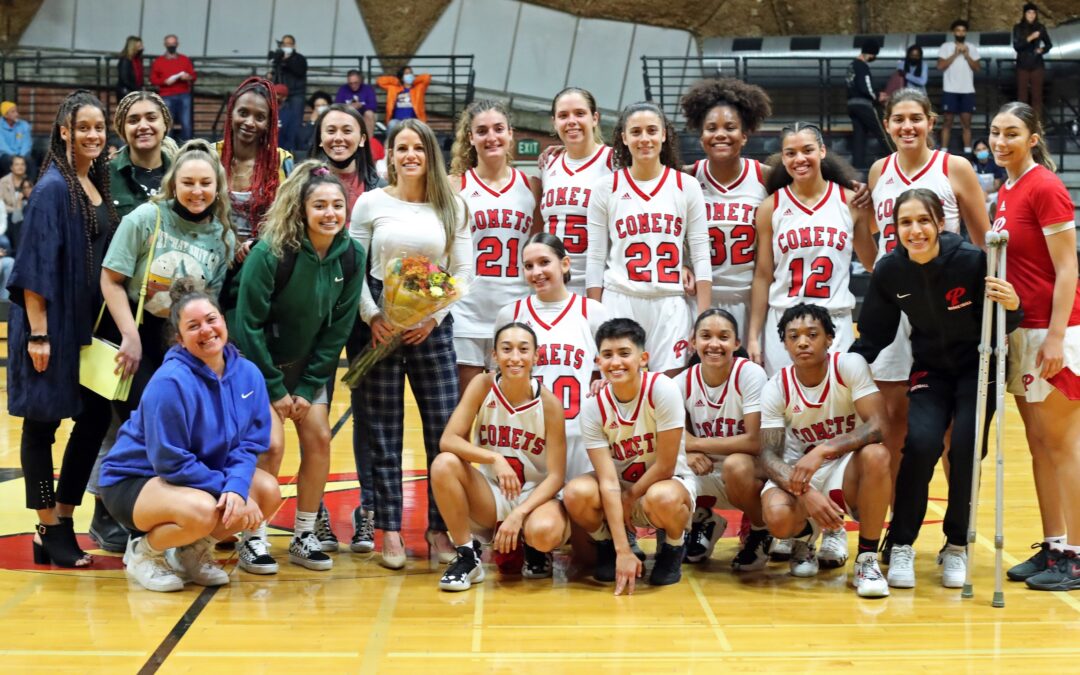 Leigh Marshall, in her 11th season with the Comets, reaches a new milestone at the helm of a powerhouse team.

“I knew it was coming but I didn’t know which game it was,” Marshall said of the 200-win milestone. “We had some alumni there, and my team all knew. My parents were there. It’s personal, obviously, but it’s a milestone for the whole team, the whole program—I have a really great staff that has stayed the same for nine years, which is rare at this level. And, obviously, we’ve had some really good players.”

Marshall has been named Pacific Coast Athletic Conference – North (PCAC) Coach of the Year five times, and California State Coach of the Year twice, in 2015 and 2017. She was with the team at the state “Elite 8” tournament in March 2020 when her 10th season was cut short by the onset of the COVID-19 crisis.

“What Coach Marshall preaches is the culture of her program—doing things the right way, the Palomar way,” said Palomar’s Athletic Director, Daniel Lynds. “She’s proven in a short amount of time that you can have tremendous success with the right team culture. Her work with the team is reflected in an incredible win-loss record—and I think the best is yet to come. This is win number 200, on her way to an even bigger number.”

What would have been her 11th season was cancelled, along with all other collegiate sports in California, in late 2020 and early 2021. Now the Comets are back on the court—and back to their dominant style of play.

“We’ve had a good start. We’re really young, and we have a long way to go, but we’re coming along,” she said.

Conference play begins for the Comets in January, with 14 games against other PCAC teams in the San Diego area, and regional playoffs begin in late February.

“Our goal is to get that state title,” said Marshall. “We have a big month coming up in December, because we play the other top-five programs in Southern California. It’s definitely going to be a battle.”

“I’m really glad to be back,” she added.