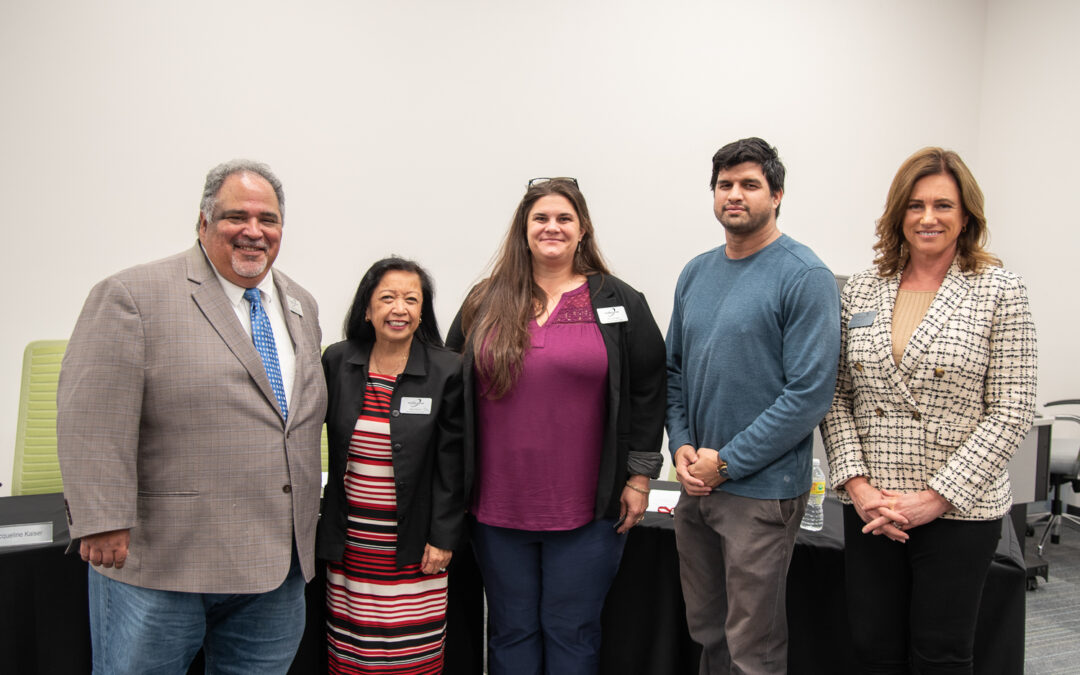 Dr. Judy Patacsil (Area 1), Michelle Rains (Area 4), and Jacqueline Kaiser (Area 5) were elected in the November 8, 2022 General Election, and were sworn in at the meeting, during which the board also elected new officers and set its regular meeting date and time for the coming year.

“I am grateful for the privilege of working with our three new Trustees, as we continue our focus on student success and pursue our short- and long-term goals and objectives together,” said Superintendent/President Dr. Star Rivera-Lacey.

As its second order of business, after electing its officers, the board set its regular meetings for the second Tuesday of every month at 4 p.m.

Dr. Patacsil now represents the PCCD’s Area 1, which includes most of the district south of Highway 78 and west of I-15. She has 30 years of experience as a higher education professional, with both counseling and classroom experience at several institutions in the region, including San Diego State University and San Diego Miramar College, where she currently works.

Rains is representing Area 4, the Trustee Area that reaches from I-15 east to near the Salton Sea. She briefly attended Palomar College and now owns Cheers of Ramona, a restaurant in the community where she resides. Rains also serves on the Ramona Community Planning Group.

And Kaiser is representing Area 5, which includes Fallbrook, Bonsall, east Oceanside and Camp Pendleton. She is a MetLife regional director who manages retirement plans for not-for-profit governmental entities, including educational institutions and community colleges. She also serves on the Fallbrook Community Planning Group.