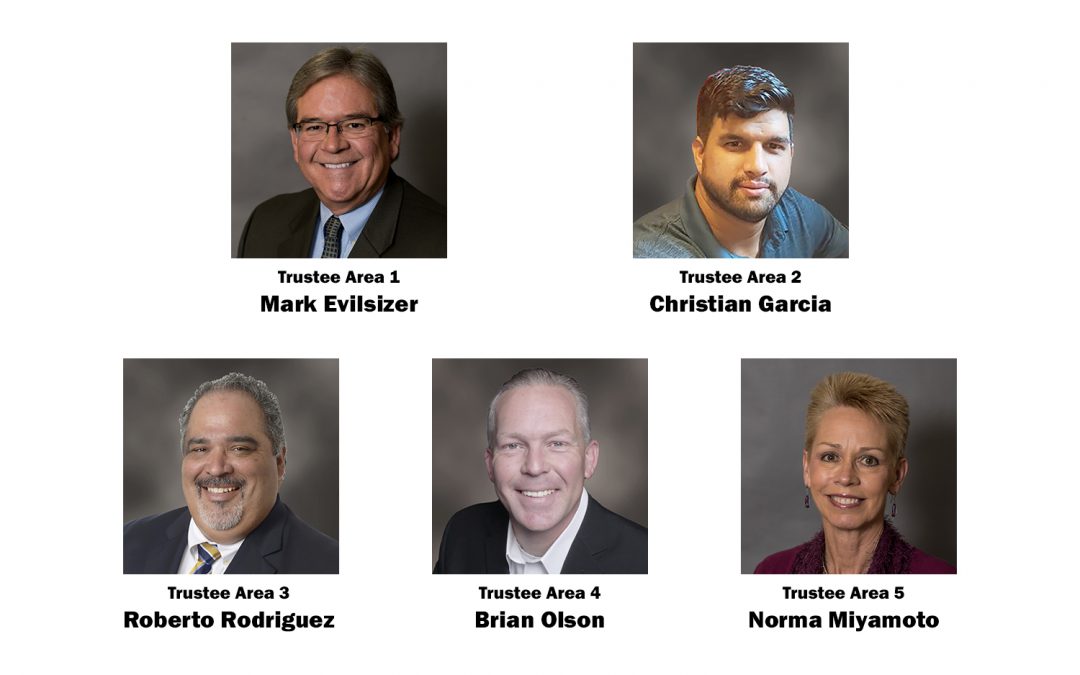 The general election of November 3, 2020 was the district’s first trustee-area election.

Voters in Trustee Area 2, encompassing most of Escondido and the eastern third of the Highway 78 corridor, elected Christian Garcia, a local high school teacher and long-time North County resident.

Roberto Rodriguez was elected in Trustee Area 3, which includes much of Vista, stretches across unincorporated land north of Escondido and extends along the eastern side of Interstate 15 as far south as Poway. Rodriguez teaches government and economics in the Sweetwater Union High School District.

And Brian Olson was elected to represent Trustee Area 4, a sprawling district extending from I-15 east to near the Salton Sea. Olson lives in Poway and is a small business owner and real estate investor who previously served four years on the San Diego Community College District Board of Trustees.

“I am looking forward to working with all of our trustees, whose leadership will be crucial to the success of this institution and our students,” said Interim Superintendent/President Dr. Jack Kahn.

During the same meeting, the board held its annual election of officers, with Olson seated as President, Evilsizer as Vice President, and Miyamoto as Secretary.