The education of a social worker: a comeback story 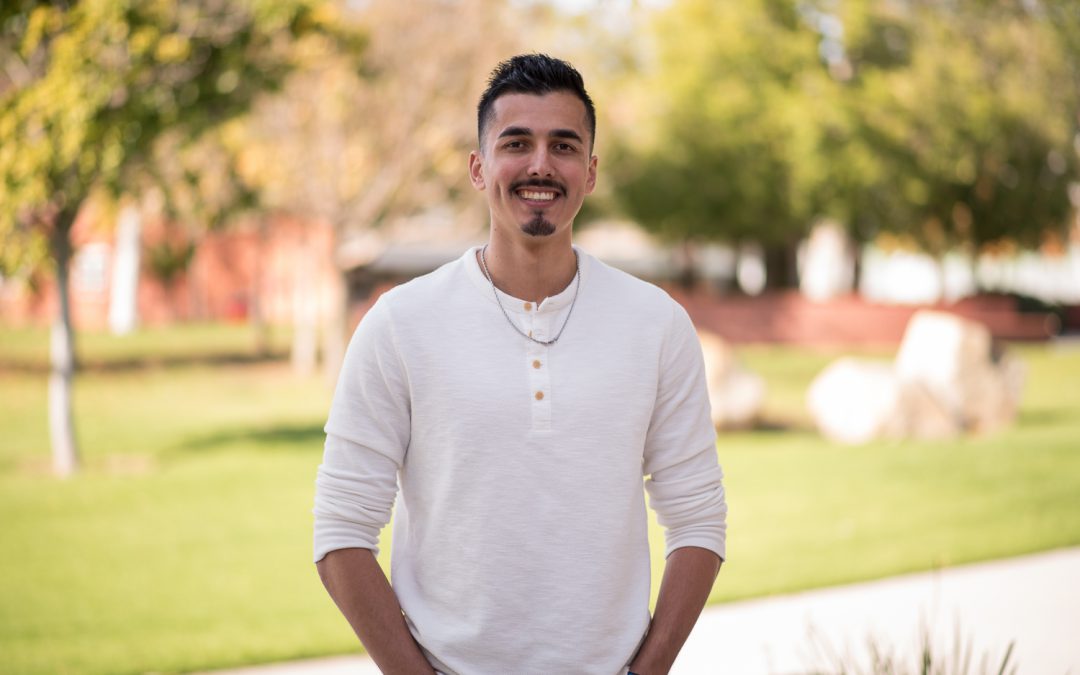 Eduardo Santana had a rough childhood and a rocky education until he came to Palomar College. “Palomar made it possible for me to achieve my dream of making a difference,” he says.

SAN MARCOS — When Eduardo Santana graduated from Mission Hills High School in 2012, the odds that he would ever be a college graduate were less than ideal.

He spent a harrowing childhood in San Marcos, experienced depression and anxiety as a teenager, and suffered from suicide ideation for two years.

“When it came to school, I wasn’t really focused. I was seeking the wrong kind of attention. In high school, I considered dropping out several times,” he recalled.

In his senior year at Mission Hills— decidedly late to begin turning his academic fortunes around— he realized that he had to play serious catch-up just in order to graduate on time. Then, somehow, Santana came across an academic ranking of his graduating class: “I was ranked 555th out of 585 students.”

“I wasn’t sure how to proceed, because I hadn’t set myself up (for success),” he said. “It was a tough transition, but I knew that life was about to get real once I left high school. I knew I had to make a choice. Palomar gave me a platform to start that process.”

But it was not an effortless transition: “I had to make up for lost time when I got to Palomar,” he said. “So my first two semesters I spent working my way up, but I wouldn’t settle for anything less than 100 percent effort.”

It was some time during his four years at Palomar that someone first asked him the question: “Where are you going to go for grad school?”

“My parents have migrant backgrounds with no formal education,” Santana recalled. “My father started working at the age of 6, my mother when she was 12 or 13. They came to the States for the opportunity to give their kids a better life, but they did a lot of farm labor, factory work—hard physical jobs.”

Higher education was not a frequent topic around the house, he said.

Starting at Palomar College, however, Santana gradually learned how to be a good student—an excellent one, even: “Palomar gave me the opportunity to foster these skills and start this enlightenment process—I really started thinking about things differently.”

In 2016, Santana transferred to California State University, Chico and earned his bachelor degree in criminal justice. Today, he is enrolled in the Masters of Social Work program at Texas State University, having realized that law enforcement “isn’t the only route I can take to make a difference in people’s lives.”

From mass shootings to homelessness, mental health is an urgent and increasing concern across the U.S., and Santana said he is ready to do his part to make a difference in the lives of the vulnerable and at-risk. He plans to open his own practice after learning the clinical skills of the trade and finishing his state licensing.

“I’m definitely excited. It has my heart racing, when I think about it. I like to dream big, set intimidating goals,” he said. “Palomar made it possible for me to achieve my dream of making a difference.”