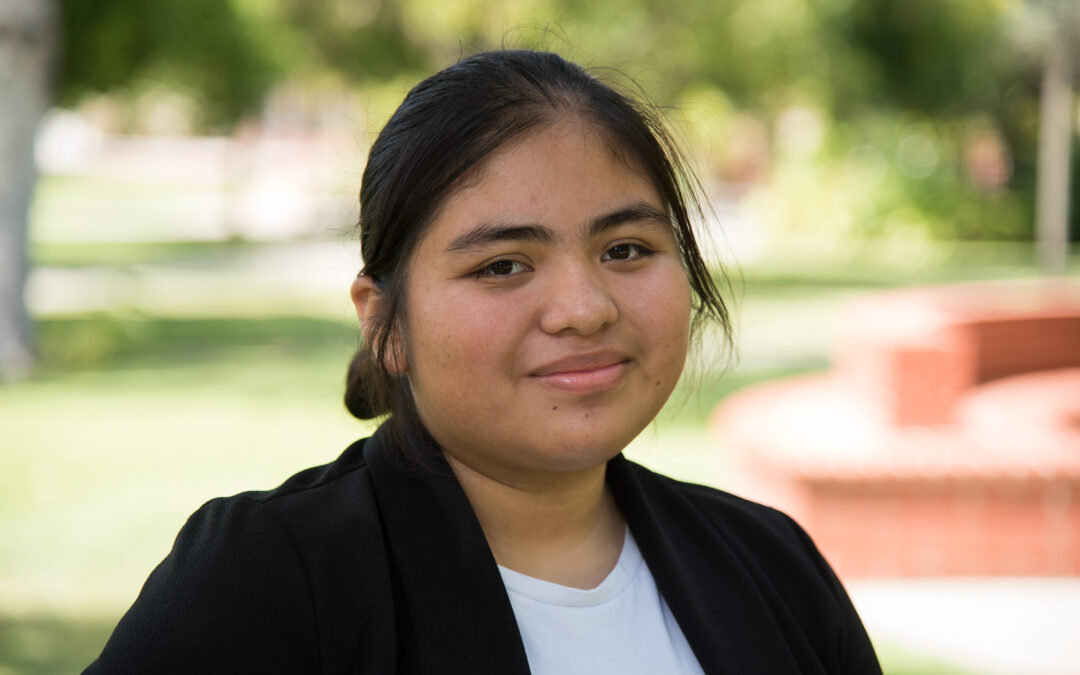 SAN MARCOS — Nancy Sanchez first picked up a viola in the 3rd grade, as a student at Joli Ann Leichtag Elementary School in San Marcos.

The school had recently launched its Fortissimo after-school program, which gives many local schoolchildren their first exposure to orchestra music, and is affiliated with El Sistema, a nonprofit whose motto is “Music for Social Change.”

Soon, she was on stage at the Brubeck Theatre at Palomar College. A 4th-grader at the time, she was playing with her classmates alongside the seasoned musicians of the Palomar Symphony Orchestra—the first in a series of annual concerts together that continues today.

Sanchez said she doesn’t remember much of that first performance, “but I remember how excited I was to hear the Palomar Symphony Orchestra play afterward. It was so beautiful, how they were playing. It was inspiring for me, as a beginner. That was the first time I actually saw a real orchestra play live.”

Today, Sanchez is attending San Marcos High School and continues to play with Fortissimo. In May, she performed in the most recent Palomar-Fortissimo program at the college with her younger sister, a violinist, and younger brother, who is learning the cello.

And this month she finishes her first class at Palomar: “Fundamentals of Music.”

It’s a head start for the 16-year-old musician.

And a down-payment on what she hopes will be a career in music.

“I love performing and playing music with other people—I like being with other musicians who have the same passion, the same goal, the same drive,” she said. “But what I really want to be is a composer. When you compose, you get to decide exactly what happens—how you want things to be. It’s having the freedom to write what you want. And to hear someone play your piece—that’s exciting.”

“Classical music is unique—the composer is telling a story through music, and you can give your interpretation. Classical music is not as boring as people say. It can be fun. It’s not just for background music.”

“I’m hoping that I can take advantage of my high school years and prepare myself so that, when I graduate, I don’t have to take as many classes,” she said.