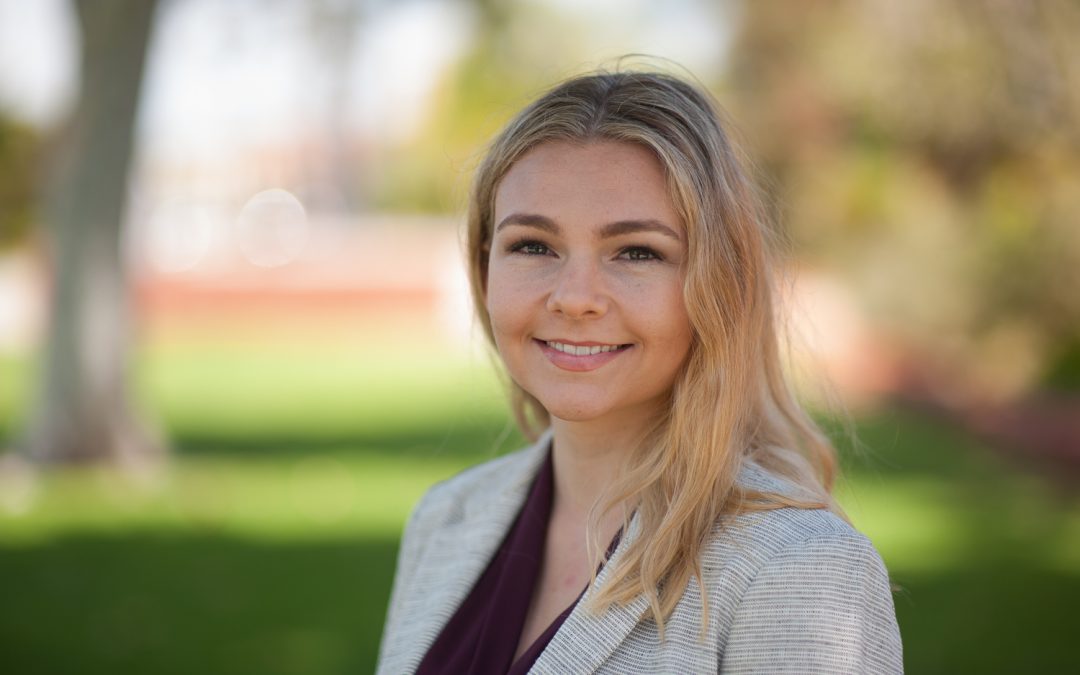 As Amber Bancroft settles into her year as Associated Student Government (ASG) President, she has her sights set on a career in Biomedical Engineering.

SAN MARCOS — When the fall semester began, the students at Palomar College were newly represented by a 21-year-old woman, Amber Bancroft, who has been deeply involved on campus for the last three years.

From participating in the Chemistry Club and Hikers and Backpackers Club to working as a lab assistant, Bancroft has cultivated her connections on campus through years of service and involvement.

She said she wasn’t civically active in high school, but found her voice at Palomar and hasn’t looked back.

“I’m not really doing it for the recognition—I’m doing it because I want to change things for the next person who comes in,” she explained. “They can work on different things because all of the groundwork has been done.”

Bancroft spent the 2017-18 school year serving as ASG Vice President, and this year she helped write a new ASG constitution and spent the summer reworking bylaws and policies.

As ASG President, Bancroft also serves as the Student Trustee on the Palomar Community College District Governing Board. She described herself as a “productive complainer” who prefers to turn her frustrations into improvement—and her record at Palomar bears that out.

On the day when Bancroft decided to get involved with the Associated Student Government (ASG) at Palomar College, she spent an hour waiting for a parking spot out on the fringes of campus.

“I was just so frustrated—I was like, ‘I’m going to join the student government! I’m going to fix it!’” Bancroft recalled. “And over the years, obviously, they’ve built the parking structure and redone a lot of things. So I’m really happy that’s changed.”

Bancroft said she hopes to transfer to either Georgia Tech or UC San Diego and pursue her PhD in Biomedical Engineering. Her ultimate goal is going into research to address what she sees as a lack of understanding about autoimmune disorders.