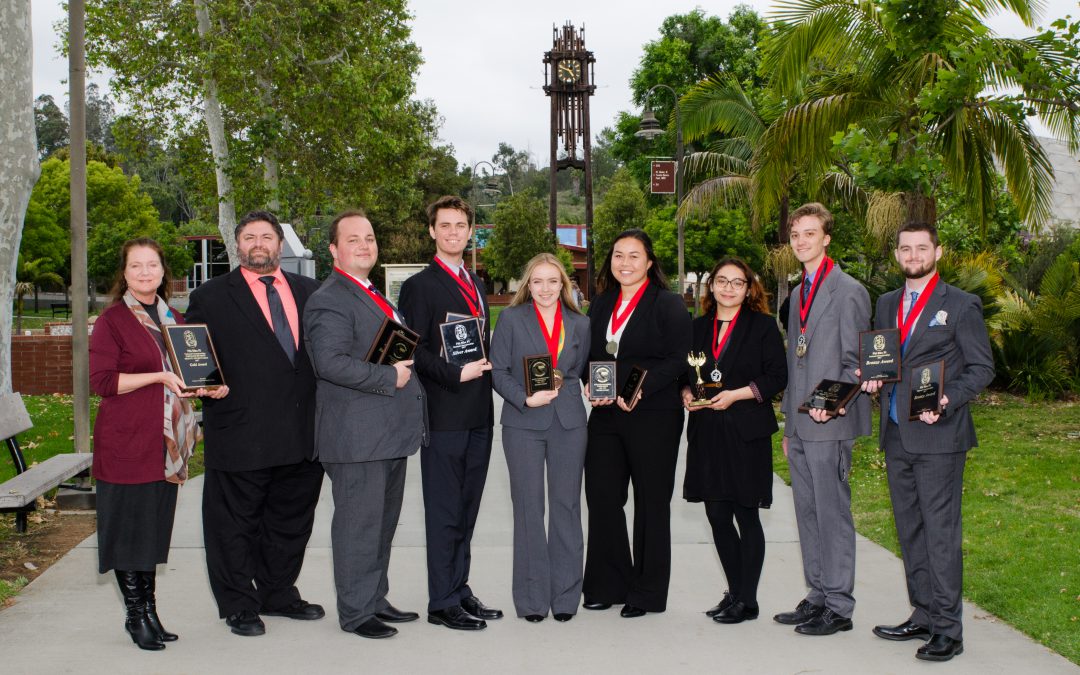 SAN MARCOS, CA (May 12, 2017) — The Palomar College Speech and Debate Team won Gold in the Debate Category of their Division for the second year in a row at the Phi Rho Pi National Tournament in Washington D.C. April 9 – 12.

Director of Forensics and Professor of Speech Communication Dewi Hokett said, “We are proud of our intelligent, hard-working students who represented Palomar College in this national intercollegiate speech competition.  This could not have been achieved without the tireless dedication of Coaches Brandan Whearty, Steve Robertson and Marquesa Cook-Whearty.  I am honored and humbled to be part of such talented faculty whose continued leadership has instilled a love of public speaking in our students.  Next year, we hope to continue the success of the legacy that is Palomar Speech and Debate.”

Hokett said that in addition to winning more than 50 trophies throughout the 2016-2017 competition season, the team had the pleasure of hosting debaters from the Peoples Republic of China for the second year in a row for a public debate. This was the fifth time Palomar hosted debaters from China.  Current team members’ majors include journalism, political science, communications, finance, and gender studies. The Speech Team will transfer students in the Fall of 2017 to San Diego State University, California State Universities Long Beach, San Francisco and San Marcos, and the University of California at Berkeley.