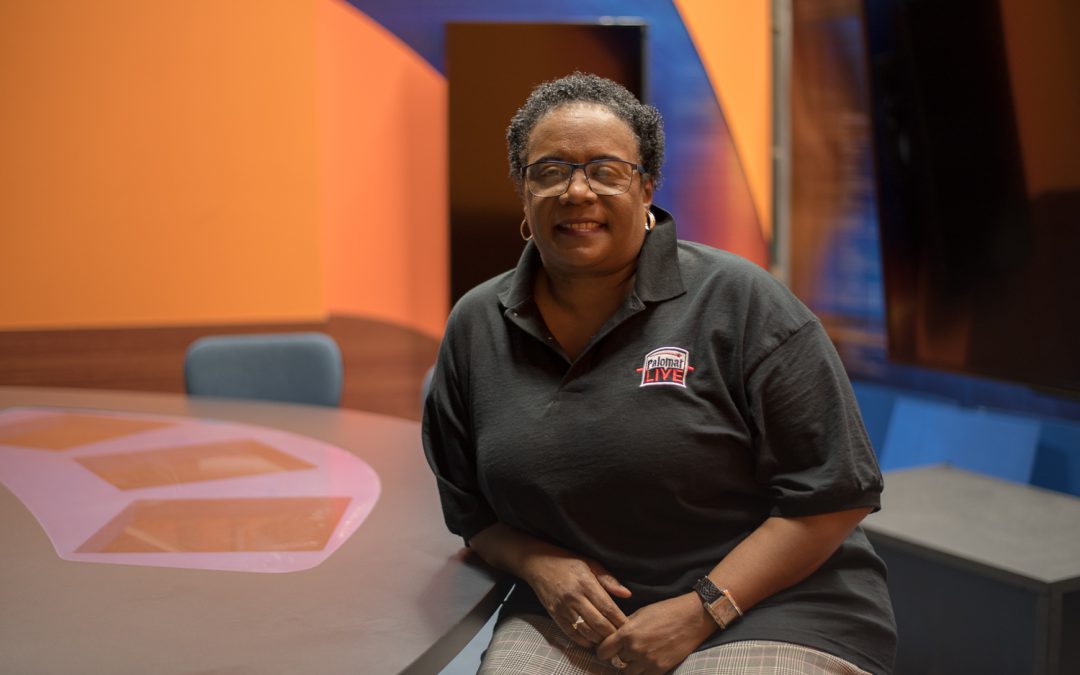 For more than 20 years, Serena Reid served the Marines as a videographer. At Palomar, she oversees the student teams who produce several shows from the campus studio at PCTV.

SAN MARCOS — Before she came to Palomar College, Serena Reid spent 21 years in the Marine Corps, capturing footage of combat operations and helping to coordinate the military’s strategic communications.

At Palomar, Reid teaches three live broadcast classes, and on Thursday, March 5, her Palomar Live class kicked off its season with the first broadcast of the semester. Reid’s team of 18 students did the work, from coordinating interviews to running the cameras and hosting the show.

But behind the scenes was a seasoned veteran who knows a good shot when she sees it and is passionate about molding young professionals.

“One thing I take from the Marine Corps that translates well to teaching is always making it a team environment,” Reid said during an interview following the kickoff show on Thursday. “We’re a team, we do everything together, nobody’s job is more important than the other, and together, we make one great product that goes out. So we have team shirts, and we do a hands-in cheer at the end of the show for good luck.”

Reid is among a rare cohort of veterans who deployed during both Operation Desert Storm in the early 1990s and Operation Iraqi Freedom a decade later.

“In Desert Shield/Desert Storm, my unit was an air wing unit, so I covered a lot of those operations—takeoffs, landings, resupply, air refueling, that kind of thing,” Reid recalled. “Fast forward to 2004 and Operation Iraqi Freedom, I was now ‘in management,’ as they say, and my job was to send people out to different units, have them capture the imagery and bring it back, and then we would elevate it up to be used.”

After retiring in 2007, Reid spent two years working as a morning news editor at KUSI, where her traditional video skills were in high demand: “KUSI was still doing tape-to-tape editing, and I knew that stuff. But they were going to transition to digital, and I had to learn it. Since Palomar was up here where I live, I said, ‘Let me go over there and see what they have to offer.’”

She recalled her reaction when she first walked into the Palomar College Television (PCTV) studio: “I didn’t even know this all existed at Palomar College. They had live broadcasting, editing, film, cinema, writing. I took all of them.”

She used her G.I. Benefits and stayed at Palomar for some years, eventually becoming a teaching assistant, and in 2015 became an adjunct faculty member.

“One thing the Marine Corps does really, really well is teach leadership and individual responsibility,” said Reid. “When you translate that to people who are young, starting off in their careers, they soak it up.” 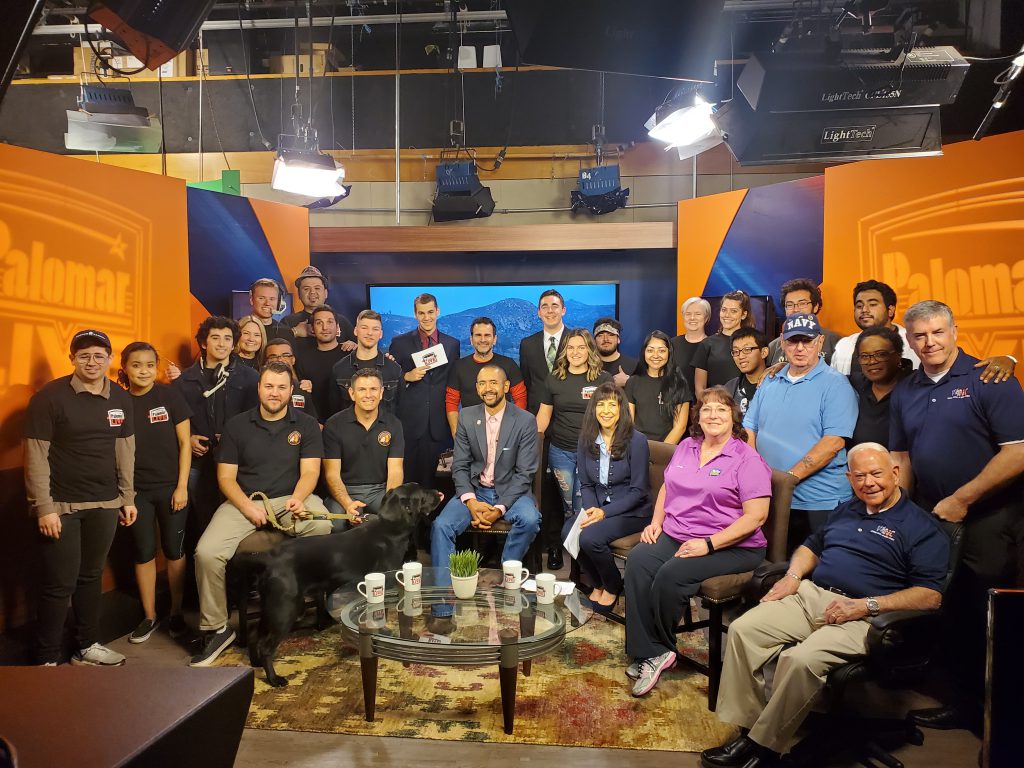 Reid’s students have won Emmy awards and gone on to prestigious programs like the Walter Cronkite School of Journalism and Mass Communication in Phoenix.

This fall, Bella Hauser, who is currently in Reid’s Palomar Live class, will transfer to the University of Texas (UT Austin) on a scholarship to study journalism broadcasting and social media marketing. Her experience at Palomar also helped open the door to an internship with the Longhorn Network, a partnership between UT Austin and ESPN to cover sports in Texas.

“Serena is a big part of the reason I’m sticking with broadcasting. She knows what she’s doing, and she knows how to bring out the hidden talent in her students,” said Hauser. “I wanted to go into sports journalism, so I’ll get to do exactly what I wanted to do at the University of Texas.”