A second life of letters for retired professor 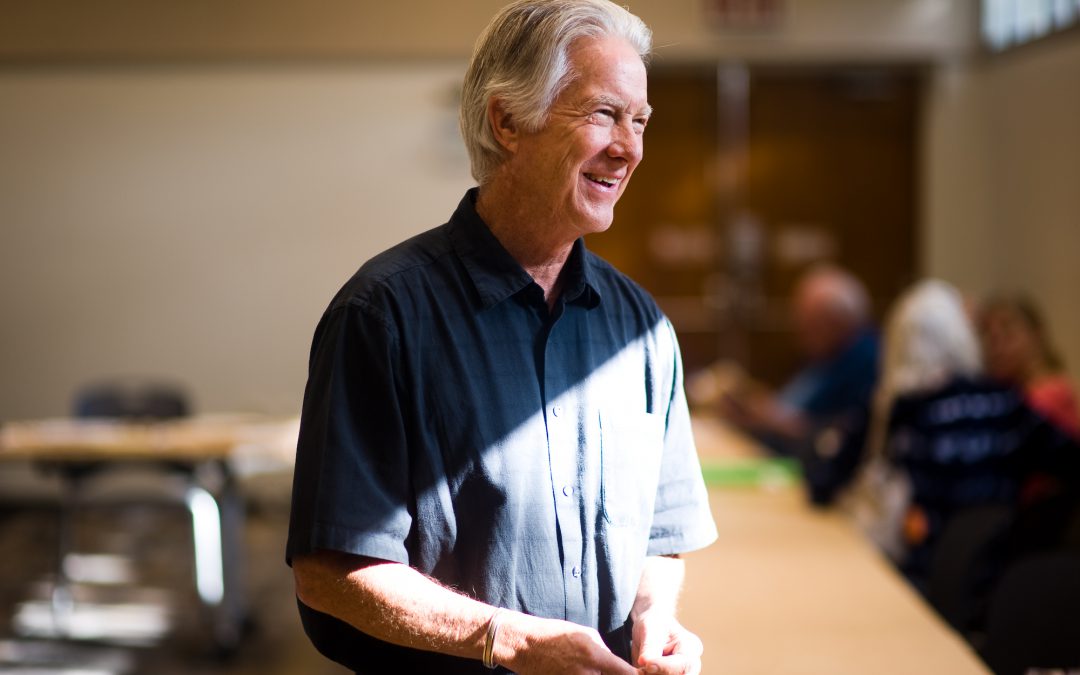 Steve McDonald, who spent 28 years at Palomar as a professor and dean, is set to publish a new collection of poems in 2018.

CARLSBAD — At the head of the Carlsbad Library’s community room on a recent afternoon, Steve McDonald smiled at each of the 22 people who had shown up for his poetry workshop as they explained what compelled them to write.

Mostly retirement-age, the attendees would spend the next two hours sharing their stories, murmuring their admiration as McDonald read from his favorite poems, and testing out some lines of their own.

It was the sort of thing McDonald did for more than 30 years as a college educator who spent the majority of his career at Palomar College.

Hired in 1984, McDonald taught English at Palomar for 23 years, followed by five years as Dean of Languages and Literature. During his tenure at Palomar, he also co-authored several textbooks with fellow English Professor Bill Salomone.

“It was a great career,” McDonald recalled. “It was one of the best things I’ve ever done. If I had to go back to working full-time again, I’d go right back to teaching.”

Having lived in Murrieta since 1989, McDonald now divides his time between writing, family life, poetry workshops, and working with twelve-step programs, which he has been doing for 32 years.

“When we had our kids, I was working part-time, cobbling together a living by teaching at three community colleges at once,” he recalled. “That was a long seven years.”

He had written his first poems as an undergraduate, and became more productive as a poet in grad school: “I didn’t publish anything, but I wrote some decent poems,” he said. “Around the age of 35 or so, life pretty much became life. I didn’t write much more for another 10 or 15 years.”

McDonald and his wife, Marlyle, homeschooled their three daughters and, he said, “They all did their first two years at Palomar, and all three started rather young.”

He recalled taking his eldest daughter to campus with him for the first time to attend a dance class—her first college experience, at the age of 14: “Since I was a teacher there, I had my own office, and she would go to class and then come to where I was working. She was a smart, bright kid.”

As his daughters grew, McDonald had more time for writing, and he decided to take up poetry again after Salomone introduced him to the work of former U.S. Poet Laureate Billy Collins.

“I really liked what he was doing. I also thought, ‘I could do that. I could write that.’ Of course, I’d been teaching and reading poetry all my life, but I hadn’t read a lot of contemporary poetry. So I started reading it,” said McDonald.

“I started writing (again), and then I had a poem published in Rattle, a Southern California journal, and I thought, ‘Oh, I can publish.’ Then I started going to workshops and discovered that I really liked talking and working with other poets.”

McDonald’s first book of poetry, “House of Mirrors,” was published in 2013, followed by an award-winning chapbook, “Golden Fish / Dark Pond” in 2014. His latest collection, “Credo,” is due out next year.

Now that he is retired, with one grandchild on his knee, McDonald has devoted more time to poetry, with recent credits in a variety of literary journals across the country.

“It’s one of those things that it seems like you’re stumbling into it,” he said. “And then you go, ‘Oh, this is where I belong. I fit here.’ It was that kind of life experience that occurred. Then it was a challenge, because I really liked this life in poetry, but I also had my marriage, and I’m a father, I write textbooks, and I’m teaching. So how do I fit it in?

“I think the more time a person can devote to writing, the more likely it is that his or her writing will succeed,” he added. “There is always a balance to be struck between your family life and the writing life and your career.”

McDonald recalled a couple of the poems that he wrote during his years at Palomar with fondness: “I have one that I wrote where a student walked in and had been sort of struggling the whole class and not doing any of the work and even plagiarized a paper, then came in and asked, ‘If I ace the final, will I pass the class?’ And the answer was no.

“And I’ve got a poem where I observed a Health 100 class and happened to do it on the day when (the instructor) was doing a lecture and slides on sexually transmitted diseases,” he said. “Watching all of the students react to the slides was hilarious.”

During his workshop in Carlsbad, wearing jeans and tennis shoes, McDonald read a handful of easy-to-love poems, including one of his own, entitled, “Autobiography.”

Through images, he said, “We break the boundaries of what we think we’re trying to do. I think that’s what makes good poetry.”