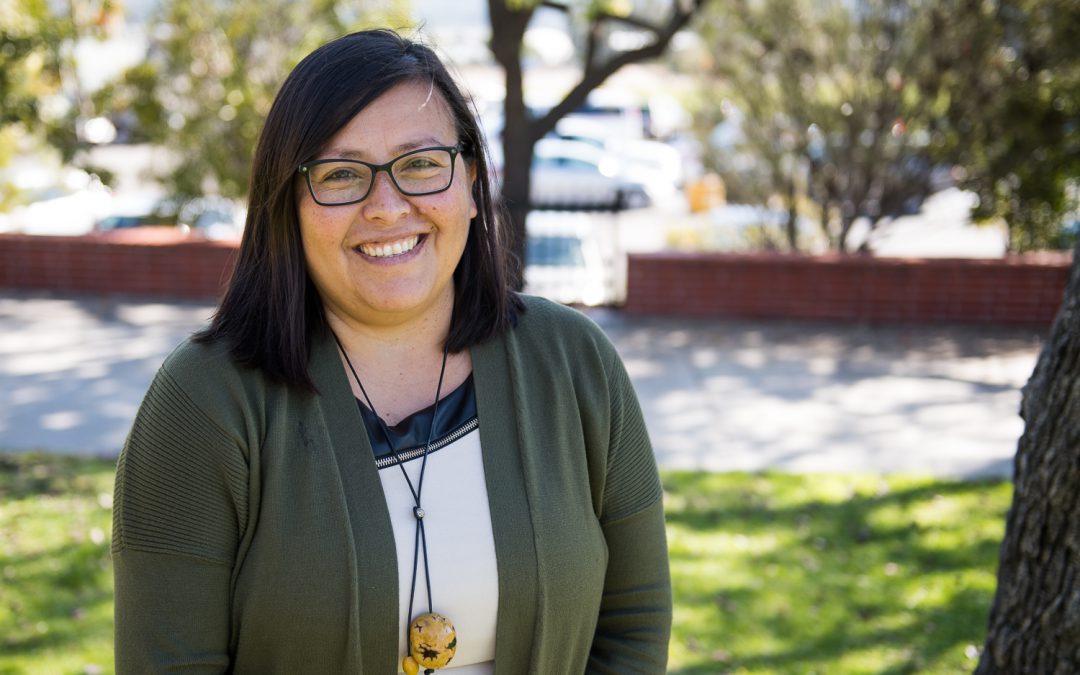 María Nuñez grew up in San Marcos, learned English in the city’s schools, studied at Palomar College and went on to a career in law. Now she’s serving her first term on the San Marcos City Council.

SAN MARCOS — On her path to Palomar College, María Nuñez went through the San Marcos school system, where her first memories are of struggling to learn English. But once she mastered her second language, around the age of 10, she came to occupy a unique role in her neighborhood and the larger Latino community of 1980s San Marcos.

“There weren’t too many people who could speak Spanish and English, so I found out right away that I was a resource—not only for my family, but for a lot of our neighbors, and the families around town,” Nuñez recalled. “If one of their kids came home with a note or a form to fill out, they would come to me or one of my sisters to help. If coworkers had concerns, they would come to me and I would be the one to voice those concerns.

“This would happen everywhere—at school, at work, at the grocery store,” she said. “Somebody would have a question, and I would be there, and they would come to me and ask if I could help.”

Today, Nuñez gets to say “I am here” to many of the same folks, now her constituents, from San Marcos City Hall, where she recently took office as the City Council Member representing District 1.

After graduating from San Marcos High School, Nuñez came to Palomar College having spent some time working at the Municipal Court that was then located in San Marcos. She took night classes and recalls being inspired enough by one of her professors that she thought she might become a teacher.

Nuñez said, “I vividly remember her telling me, ‘Miss Nunez, you will not become a teacher. You would be bored by the end of the first year. You will go to law school!’”

In 2004, she earned her Juris Doctor (J.D.) from California Western School of Law in downtown San Diego, passed the bar, and spent time working in civil litigation before opening her own firm, Nuñez Law Corporation. In her practice, she focuses on helping individuals and small businesses file bankruptcy and litigate disputes.

One of six sisters who came to San Marcos from Mexico in 1981, Nuñez said she had no plans to go into politics, but during the run-up to last year’s general election, she was repeatedly asked if she would run for the City Council.

“Of course, I have my practice, and I’m serving on a couple of boards,” she said. “I was thinking there was no way—not an option. I honestly thought there would be plenty of people who would step up and run, and I could move on and do my thing.”

The city had recently implemented district-based elections, and she knew her district perhaps better than anyone who would have a shot at winning a city election.

She decided to throw her hat into the ring.

“Campaigning, I found out, is really hard—really time-consuming,” she said. “There’s no way I would have been able to run without my team and all of their collaboration.”

Her volunteer campaign staff consisted of three other local women with intimate knowledge of the city: Ana Ardon, Lilian Serrano and one of María’s sisters, Arcela Nuñez-Alvarez.

“Our district is so small, and I personally know the district,” Nuñez said. “My family knows the district. We were able to go to each neighborhood, and we would locate the individual who was really key for each apartment complex—the person who the neighbors were relying on.”

In other words, Nuñez campaigned by looking for the modern version of herself when she was a kid—the person in every neighborhood whom everyone else would be asking for election advice.

“It’s either going to be the college student or the mom,” she said. “That was really key, to go to these individuals and make sure I had their endorsement, that they were on board with our campaign.”

In November, she was sworn in to a four-year term after winning her race as an Independent with virtually no official endorsements. Her district includes City Hall and Palomar College. It runs along Mission Road through a densely populated part of San Marcos, and she will serve at least until November 2022.

“Without Palomar College, my options would have been so limited,” said Nuñez. “It’s such an important institution for so many of us in this community who otherwise wouldn’t have access to higher education.”