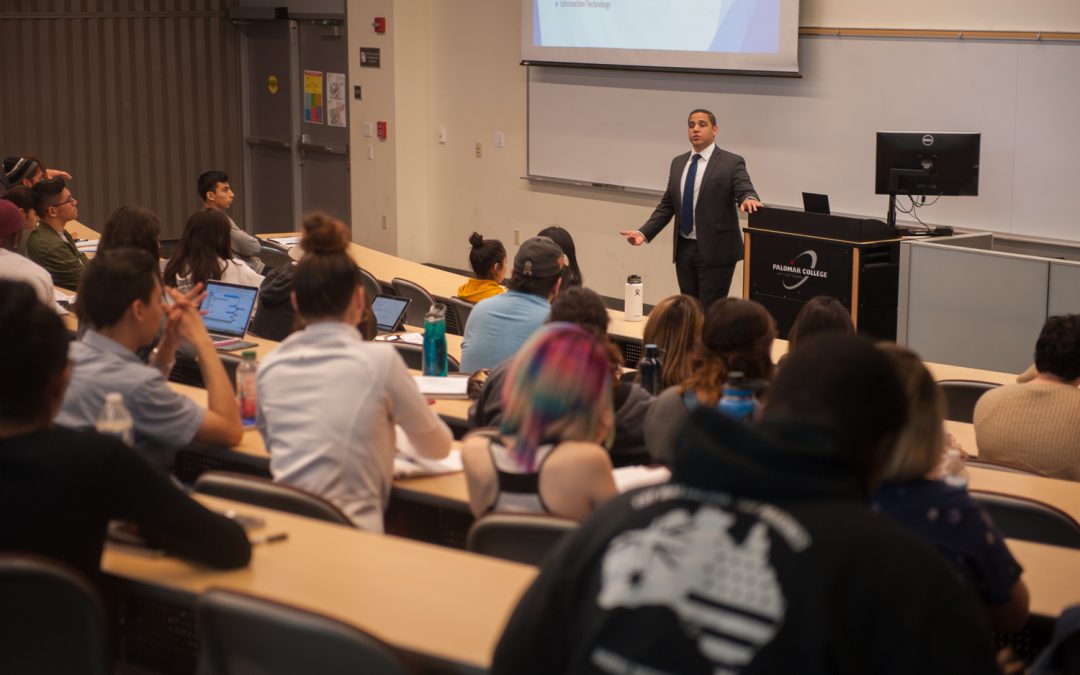 SAN MARCOS — During two days of lectures by experts from Palomar College and beyond, students and guests heard presentations on April 11-12 about international relations, immigration, food insecurity, clean energy and more.

The semi-annual Political Economy Days lecture series wrapped up Thursday at Palomar, where sessions were spread across campus and well-attended—sometimes to standing-room only.

“I think the talks were enriching, informative and very, very germane, especially in these times,” said event organizer Peter Bowman, who teaches Political Science at Palomar. “They were all relevant to this very unique era in American society and in the world.

“Most of the sessions were packed,” Bowman added, “and there was a lot of interaction between the presenters and attendees.”

‘Stories of Education After Prison’

Students filled the Governing Board Room to capacity on Wednesday afternoon, as a panel of formerly incarcerated people discussed the difficulties and joys of pursuing higher education after having served time behind bars. 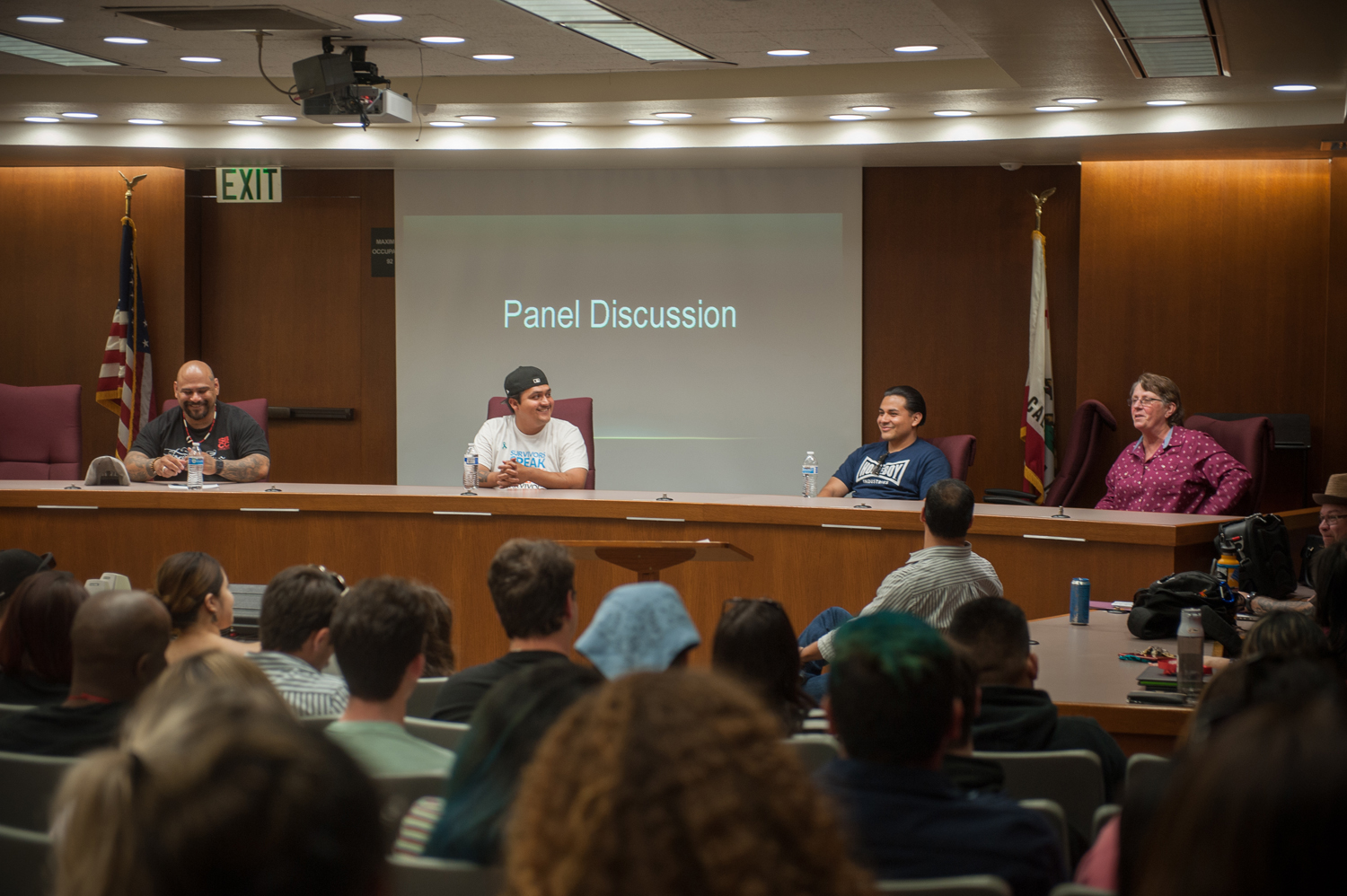 “I’ve been out of prison 11 years today, and it’s a blessing,” said Martin Leyva, a graduate student at Cal State San Marcos (CSUSM). “In prison, it’s a survival game. It’s a very dehumanizing experience. But I fell in love with education. I wish they had a Ph.D. for marginal education, because I learned on the margins, and I brought those margins into the classroom with me.”

Panelist Jose Juarez recalled getting out of juvenile hall with an ankle monitor and living on a first-name basis with the local police. Now Juarez is working his way through the mathematics program at Palomar, with plans to transfer to a four-year university and someday become an engineer.

“My journey brought me here,” said Patty Petersen, a formerly incarcerated person who studied at Palomar and is now a Student Support Specialist in the Disability Resource Center at the college. “If I had not gone to school, I would still be in prison.”

“I come out here every day with a smile on my face because this is better than what I was doing,” added Gregory Mendoza.

‘From the Classroom to the Situation Room’

On Wednesday, a former Obama Administration staffer spoke about his experiences as a Contracting Officer—a post that combined politics and economics. Omar Saeb, who once attended Palomar and is now a program manager for the Alliant Governmentwide Acquisition Contract (GWAC), explained why it’s important for the U.S. to be involved in helping other countries establish their contracting and purchasing systems. 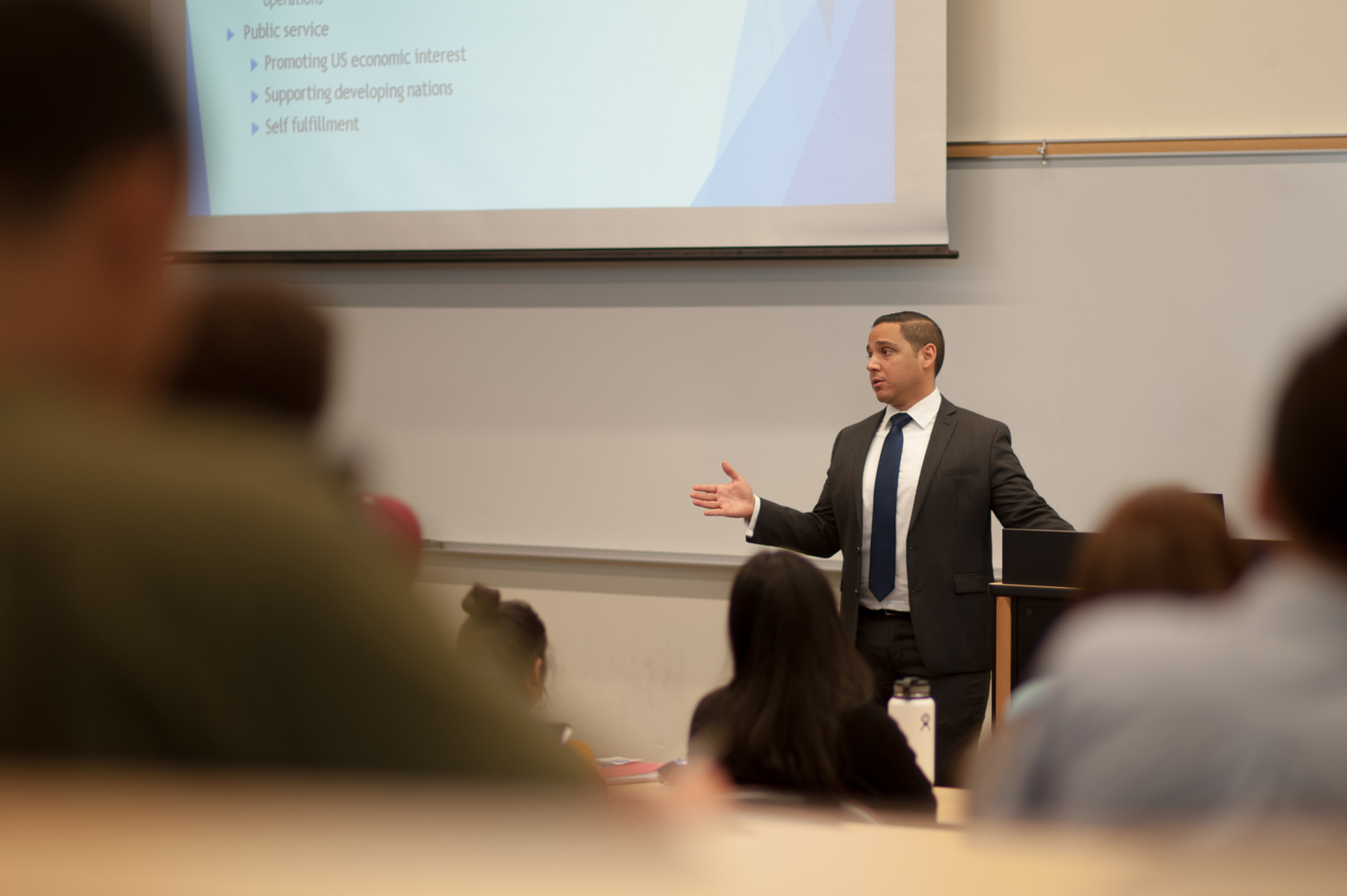 Saeb, during his Political Economy Days presentation on April 12.

“There’s an aspect in which spending money in developing other countries—it comes back to our economy,” said Saeb, sharing examples from Iraq, Kuwait and the Dominican Republic.

Saeb also delivered advice about pursuing a civil service career, showing a picture of himself standing behind Pres. Barack Obama at the Presidential Inauguration. A CSUSM graduate, he recalled his days at Palomar College fondly, and urged students to set high goals and pursue them with tenacity.

“You figure out where you want to go, and you push,” he told students. “I worked seven days a week, and it paid off.”

The final session of the series covered food insecurity on college campuses— a common topic at Palomar as the college prepares to open the Anita & Stan Maag Food and Nutrition Center.

Among the presenters was Shelly Parks, Director of Programs for the Jacobs & Cushman San Diego Food Bank. 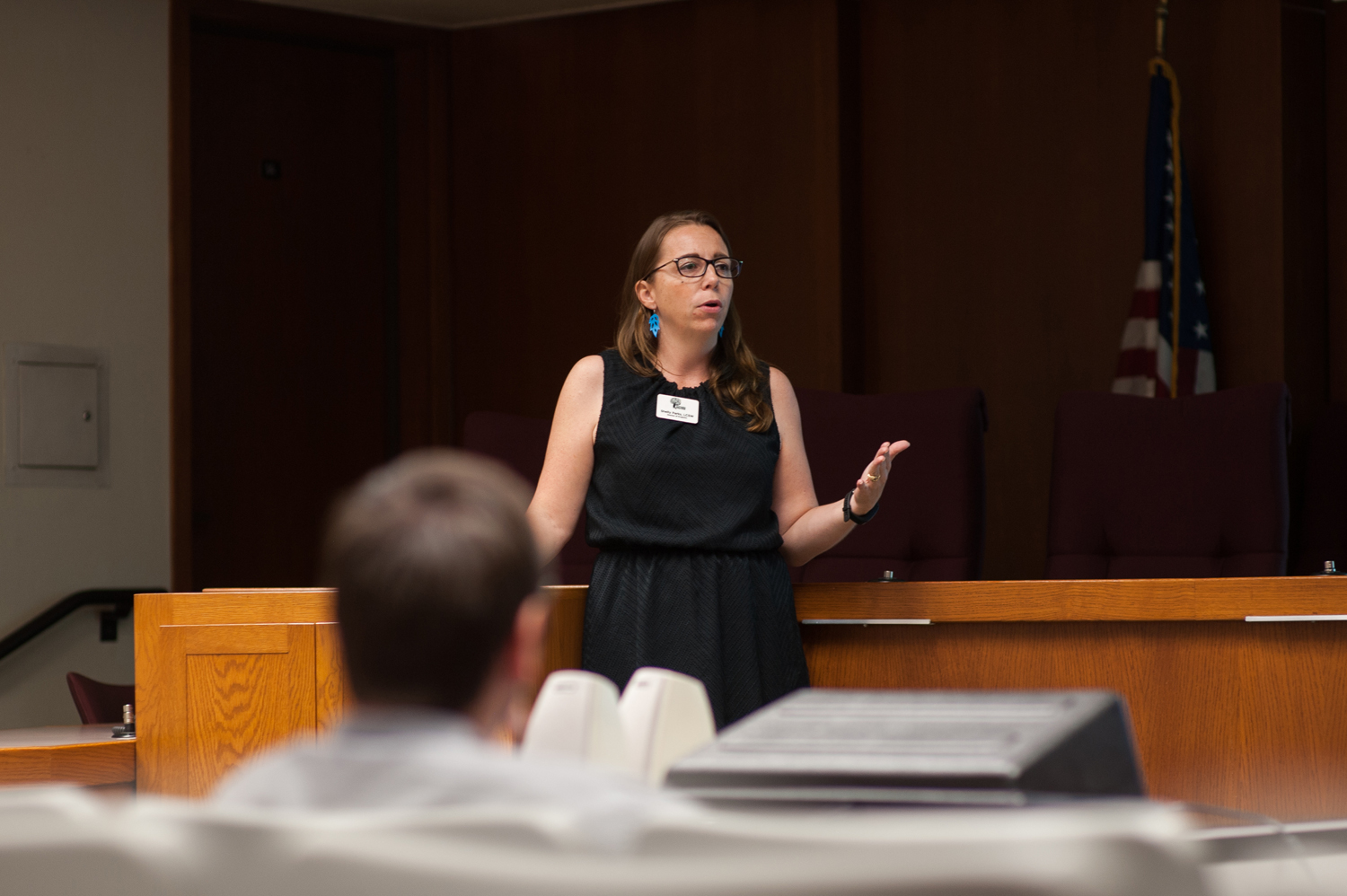 Parks addresses Palomar students and guests during a panel on student food insecurity.

Parks said her organization serves 370,000 people every month, distributing some 26 million pounds of food per year. The Food Bank now has 10 on-campus partnerships with college and universities in San Diego County, and Palomar College works closely with the North County location to deliver food to students on campus.