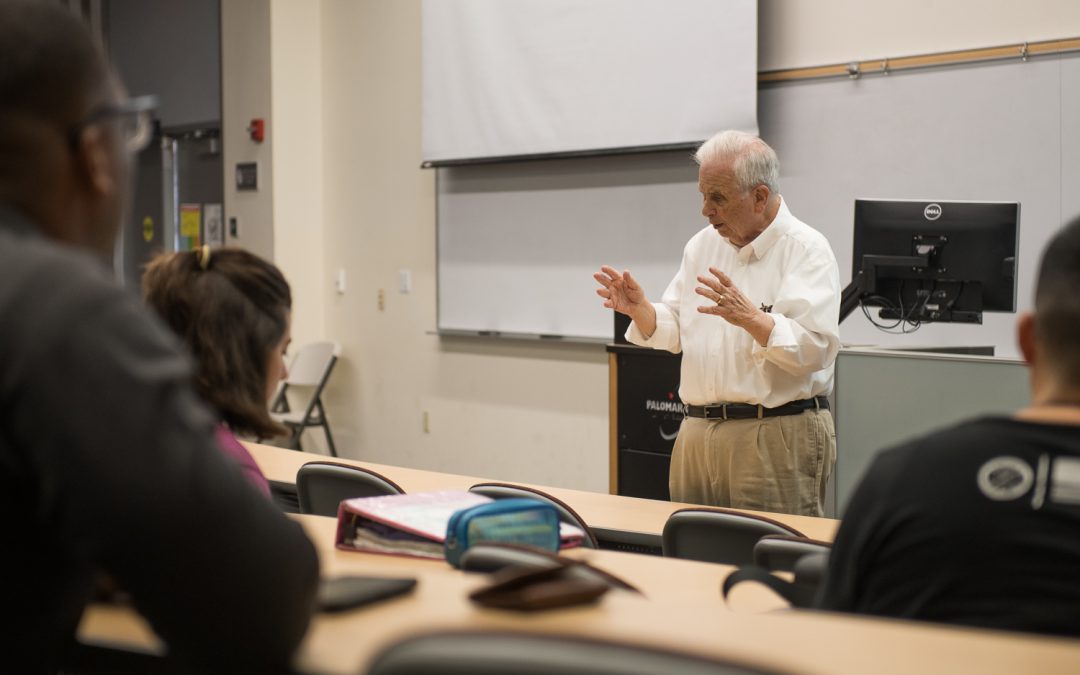 Presenters and students speak out against division as the latest installment in a semiannual lecture series draws hundreds of participants less than two weeks before the national midterm elections.

SAN MARCOS — In two days of talks covering history, economics, immigration, elections and more, experts from Palomar College and around the region gathered with students to present the latest research and discuss important topics for the Political Economy Days lecture series on Wednesday and Thursday.

The presenters ranged from former federal staffers and experts in political science to professors in a variety of disciplines, as well as two sisters who shared their family history of the Holocaust.

When Palomar faculty members Peter Bowman and Theresa Laughlin organize the semiannual series, “We look for topics that are relevant to the current climate and public affairs, as well as more academic topics,” Bowman said. “Certainly, these are topics that our students will come across when they transfer to four-year schools. They get a sample of that here.” 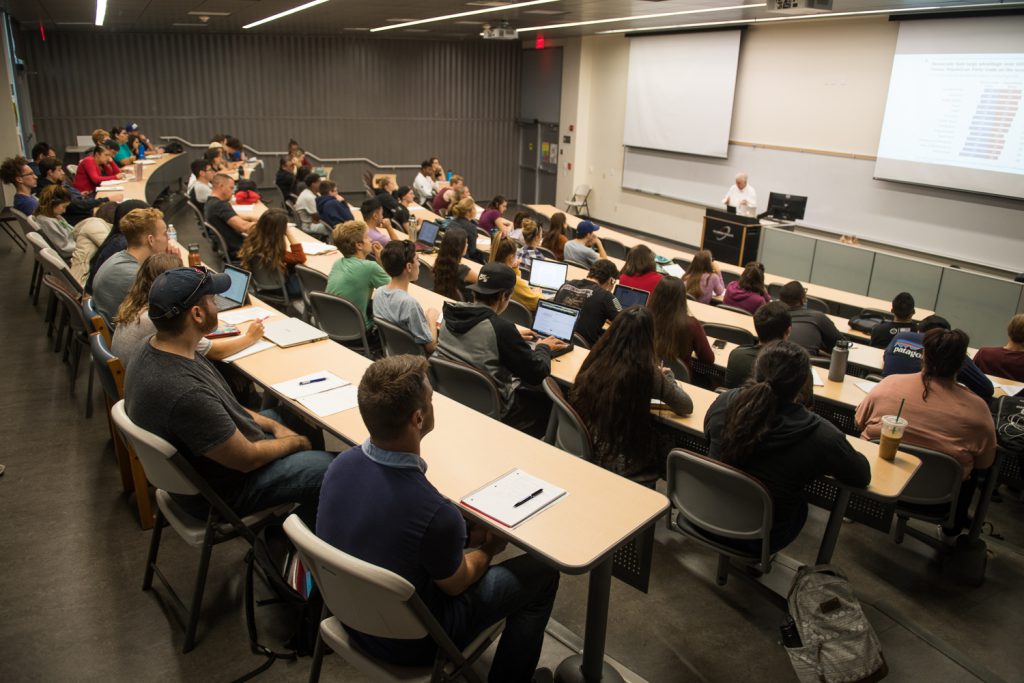 Jordyn Naylor, an 18-year-old Political Science major from Murrieta, attended a lecture on Wednesday and afterward said she was grateful that Palomar hosts the series each semester.

“We need this,” said Naylor, referring to the lectures that were engaging students across a range of topics this week. “There needs to be more education about politics, because it directly affects our lives.”

On Wednesday, students filled a lecture hall as UCSD Professor Emeritus Sanford Lakoff discussed the state of politics in America with the midterm elections approaching on Nov. 6. 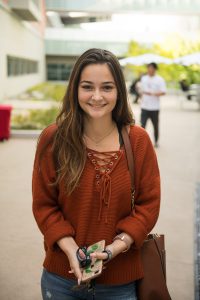 “There needs to be more education about politics, because it directly affects our lives,” said Palomar College student Jordyn Naylor, 18, of Murrieta.

“We’re threatened by a loss of civility,” Lakoff told students. “There is reason for concern about the breakdown of some of the norms in our political system. It weakens the whole process of give-and-take that’s necessary in a democracy.”

While explaining why it is important for young people to vote, Lakoff defined a liberal democracy as “a system of popular self-government that respects the liberty of the individual.”

“The divisions are starting to take a toll on our political systems,” he said, painting a scene of increasing dysfunction within the federal government. “Our system requires compromise and cooperation if it’s going to work properly.”

Lakoff asked for a show of hands of those who planned to vote on Nov. 6 and Naylor was among the students—a majority of the room, in fact—who raised their hands.

After attending his presentation, Naylor said, “I got a broader sense of the midterm elections, but also what I need to learn more about before I vote.”

She also confessed to feeling frustrated regarding the apathy she encounters among her peers when it comes to politics: “It’s unacceptable that so many people think this doesn’t matter. If we communicated more with each other, we’d be less polarized.”

The Holocaust: “One Family’s Story”

As the series wrapped up on Thursday, sisters Suzanne Szames and Deborah Walsh took turns telling their family’s story of survival during the Holocaust and World War II.

With Jewish grandparents from Hungary and Poland, Szames and Walsh told a gripping and tragic story of mass killings, of families torn apart, of the kindness of strangers, of two armies and two ghettos, and of crippling loss but also endurance.

Walsh described what their father told them about his experiences hiding in the woods outside of his family’s predominantly Jewish village in Poland when he was just 4 years old.

“I think of my children at 4 years old—how innocent and trusting they were,” said Walsh. “What happened to my dad breaks my heart. Nothing will ever heal that child inside him.”

After recounting how the two halves of their family survived the same ferocious hatred and then came together in the United States after the war, Szames urged the students in Thursday’s forum to have the courage to take a stand in the face of oppression and bullying. 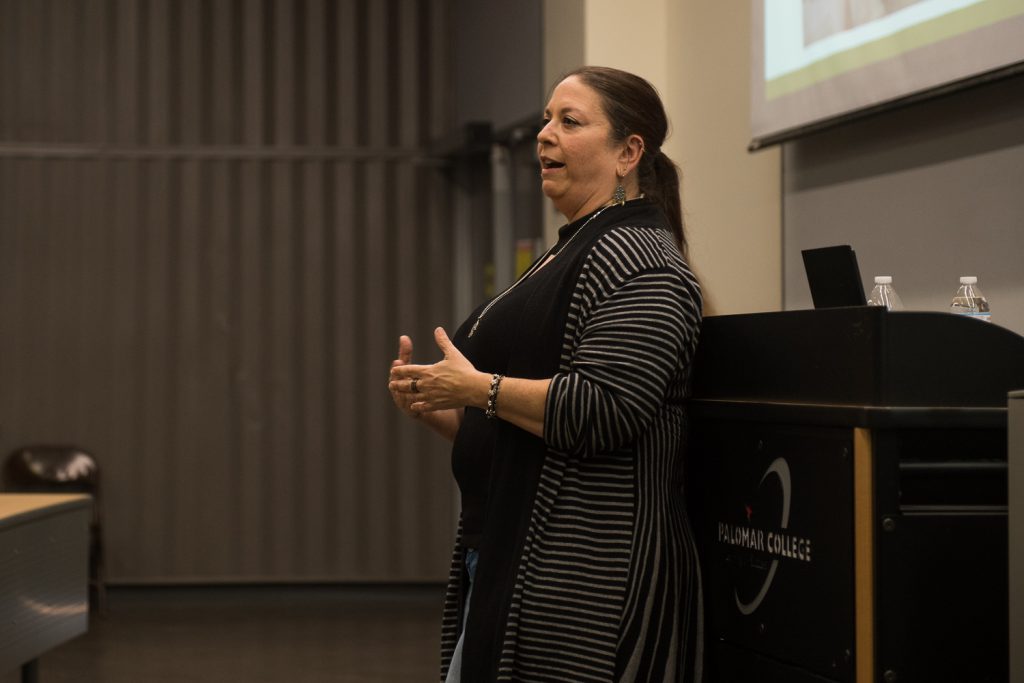 “My family thinks the U.S. is the best place on earth,” said Szames. “They were so proud, when they took the citizenship test, that they lived in a place where they weren’t hunted for who they were and didn’t need to fear their neighbors.

“For us as sisters, it’s important to tell this story because we want to respect our family and give them a voice,” she added. “I didn’t start doing this until it was too late—I didn’t ask my grandmother for names. There’s no one to mourn because we don’t know their names.”

Telling the story is how Szames said she and her sister can honor their unnamed ancestors.

“Thank you for giving us that opportunity,” she said, adding that she also shares the painful history because she wants young people to “understand where unchecked hate can lead us, as a society.” 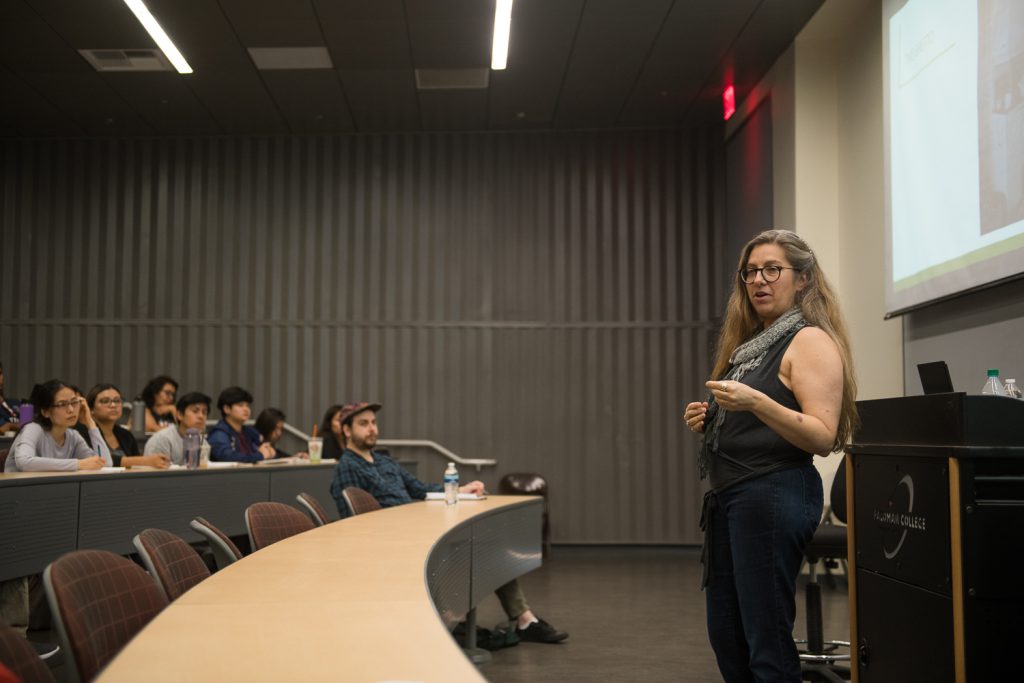