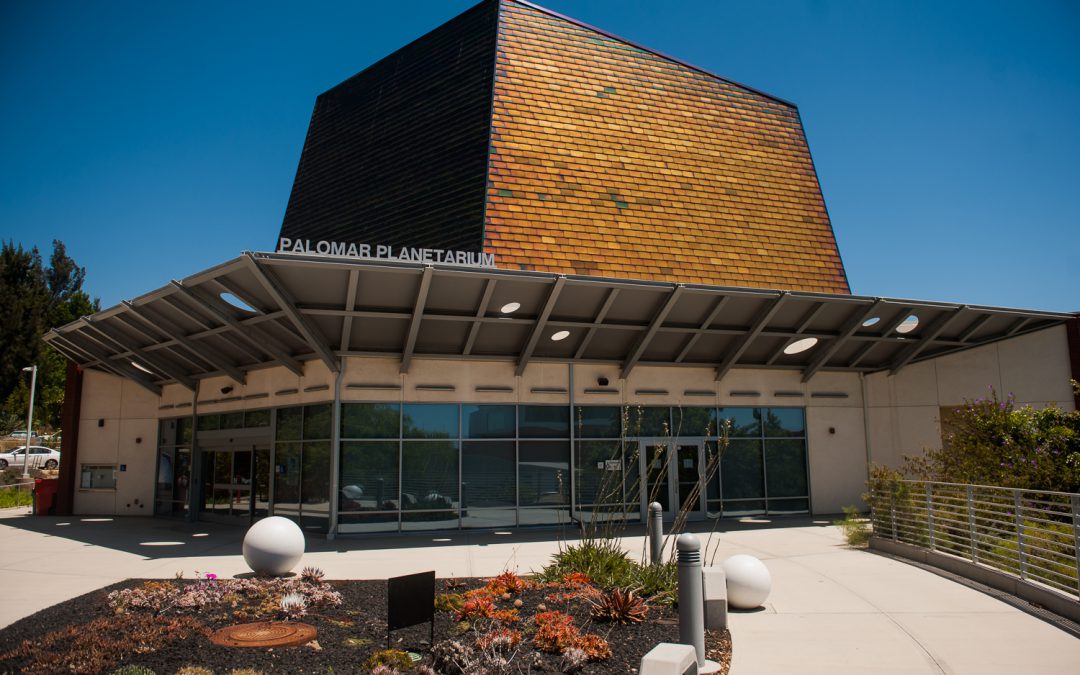 Warm, clear Friday nights provide ideal stargazing conditions, as well as a variety of programs and talks by college staff at the planetarium. Viewers can enjoy ‘The Sky Tonight’ and one of the four full-dome films currently in rotation, plus views of the night sky through Palomar’s telescopes.

SAN MARCOS — As summer gets under way at Palomar College, Scott Kardel and the staff of the college planetarium are reminding local residents that even though the class loads are lighter during the summer, Friday night astronomy is still going strong.

“Just like during the school year, we’re open on Friday nights for programs for the general public,” said Kardel, who teaches astronomy and often appears as a presenter at the planetarium. “The 7 o’clock show every Friday is called ‘The Sky Tonight,’ which changes as the seasons change, because it focuses on what you can see in the sky on a particular night.”

Presented live by a Palomar College faculty or staff member, The Sky Tonight runs from 7 – 8 p.m. and walks viewers through the stars and constellations visible on any given night, said Kardel.

“Then we look at some of the mythology and often talk about what’s new in astronomy this week,” he said. “For example, last Friday, I talked about a new discovery of organic molecules on Mars, which is to say that the basic ingredients for life seem to be on Mars. So I took the audience to Mars, having a look at the planet while discussing these developments.”

The second show every Friday starts at 8:15 p.m. and pulls from a rotation of four films made especially for full-dome projection in planetariums: “The new one is called ‘Faster Than Light,’ and it looks at what kinds of technologies we could use to travel to distant stars—everything from science-fiction stuff like warp drives and antimatter to the history of travel, if you will.”

Between the first and second shows, visitors have time to peruse the gift shop or look through the telescopes that the planetarium staff set up on the patio by the box office.

“This summer, we’ve got bright planets to look at,” said Kardel “Right now, it’s Venus and Jupiter, and in July, we’ll look at Saturn and then Mars coming into the sky, as well.”

Each of the two shows costs $6 for full-price admission, with discounts for college students, staff, children, seniors and military members. There is no cost to look through the telescopes. Free parking is available in Lot 5, directly across from the planetarium on Comet Circle.