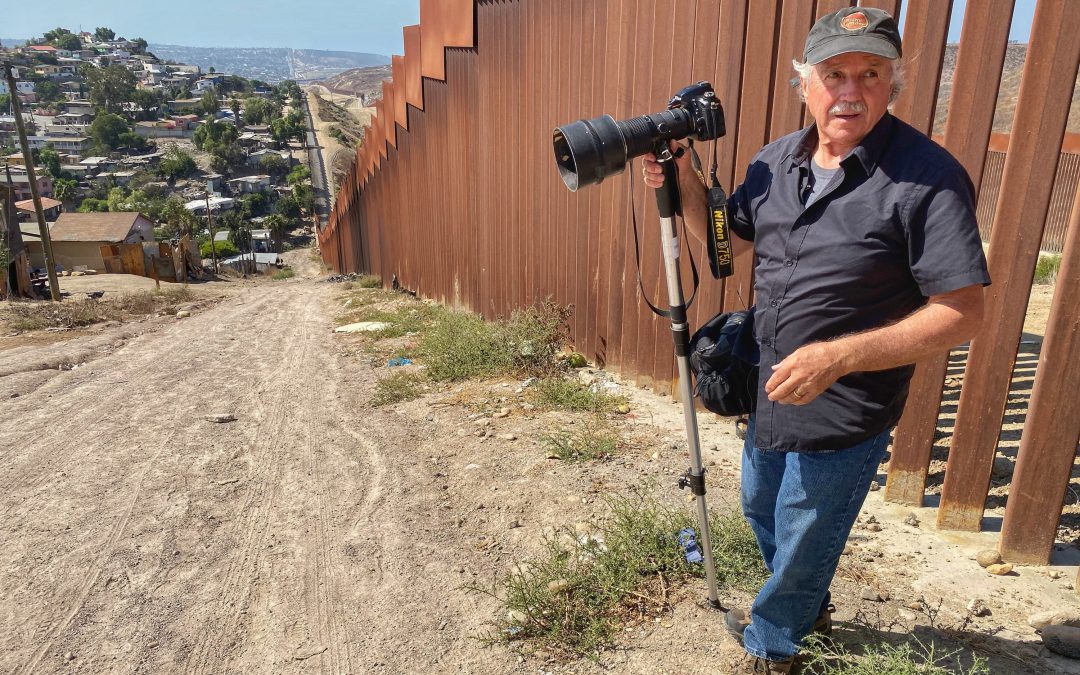 A new documentary from Palomar’s in-house production studio highlights the career of Pulitzer Prize-winning photographer Don Bartletti. The film itself is winning awards.

SAN MARCOS — For the team of filmmakers at Palomar College Television (PCTV), The Roads Less Traveled featuring Vista photojournalist Don Bartletti was an opportunity to tell a great story that began, in many ways, at Palomar.

“Here’s an example of somebody who dedicated his life to photojournalism,” said Bill Wisneski, the PCTV producer who has helmed numerous award-winning documentaries while at Palomar. “Bartletti still lives in the same house in Vista that he grew up in. He got his start at Palomar and he had great stories about when he was first taking classes here in the ‘70s.”

Wisneski said the PCTV documentary about Bartletti has won major awards at festivals around the world, and had the potential to be the team’s most successful project if not for the disruption of COVID-19 this year.

“Congratulations to our talented filmmakers at PCTV, who continue to inspire and challenge us with the stories they tell,” said Interim Superintendent/President Dr. Jack Kahn. “And special thanks to Don Bartletti, who represents so many of Palomar’s values, from his vision and hard work to his compassionate storytelling.”

Bartletti retired from the L.A. Times five years ago after winning a number of awards, including the Pulitzer Prize for Feature Photography in 2003. During a career of more than 40 years, he traversed the globe capturing vivid images, but it was on the nearby U.S.-Mexico border where Bartletti did his most celebrated work.

“He won his Pulitzer for documenting immigration from Central America, which was something that was kind of his life passion,” said Wisneski. “For over 20 years, it was the big story that he documented—trying to tell the true story of what was driving these people to pursue a better life.”

The Roads Less Traveled, a 24-minute documentary, focuses on the journalist’s experiences while traveling with migrants through Mexico on a railroad route north from Central America.

PCTV spent a day in Tijuana with Bartletti in the spring of 2019 and interviewed him here in North County, and Wisneski said the film has been winning awards on the festival circuit since its release late in 2019.

“His passion is telling a true, honest story, and he’s known for illuminating the humanity of his subjects in ways that weren’t previously known,” said Wisneski. “He’s an old-school photojournalist, and he had so many amazing stories to tell.”

Wisneski said that interviewing Bartletti was a great experience because of his candor, his captivating stories and his love for Palomar: “This is where he discovered photography, and he’s always been a supporter of our photography department over the years.”

Awards for The Roads Most Traveled