PCTV Documentary on Skate Photographer to Air on KPBS 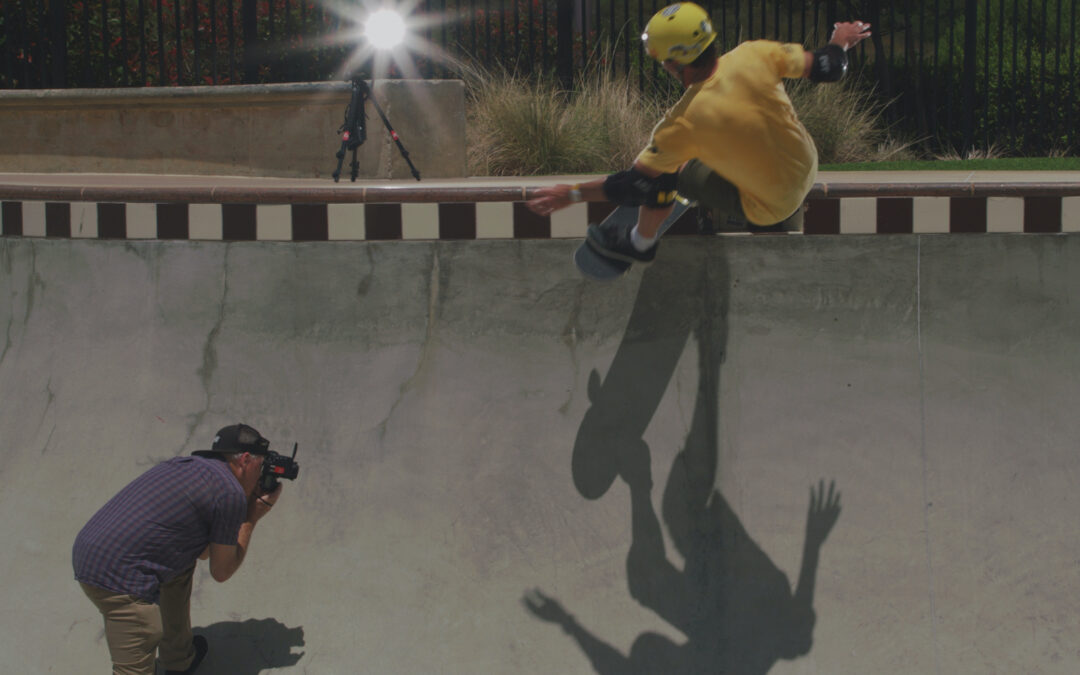 “The World Is a Skate Park,” featuring renowned photographer and Palomar alum Grant Brittain will have its KPBS debut on Thursday, November 18, 2021.

Entitled “The World Is a Skate Park,” the documentary will directly follow a film by Tony Hawk, “Skate SD: Building Skateboarding’s Future.”

“Grant is known as one of the most prominent early skateboard photographers,” said PCTV Producer and Director Bill Wisneski. “He helped start the Transworld Skateboarding magazine with a few other people as the founding photo editor. He was a huge part of developing skate photography nationally and worldwide.”

The film premiered in the fall of 2019, the first in a series of documentaries produced by PCTV on photographer-alumni of the storied photography program at Palomar College.

“It highlights Grant Britton’s career as a photographer,” said Wisneski. “He was one of the ones who helped discover Tony Hawk—he was a few years older than Tony and some of his photos helped launch Tony’s career, and other skaters.”

Wisneski said the upcoming airing will be the first for the PCTV production team, although several of its award-winning films have enjoyed national public TV distribution.

He also said he sees the film as a fitting tribute to an artist whose work has helped so many people: In addition to publicizing talented young skaters, said Wisneski, “Grant has previously given lectures on campus and has been really supportive of the photography department throughout his career.”