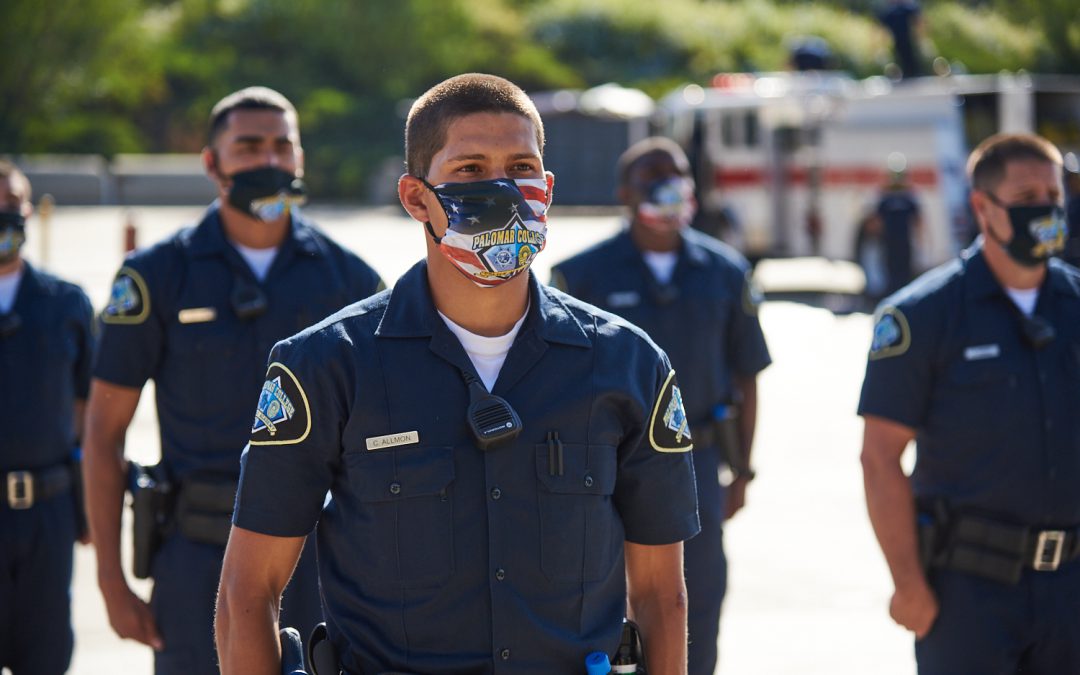 In the wake of a national debate about policing tactics, Palomar College’s law enforcement trainees will no longer learn how to perform the controversial carotid restraint hold.

SAN MARCOS — Cadets at the Palomar College Police Academy are no longer being trained how to perform a controversial technique known as a carotid restraint, after the director of the academy joined other California leaders in urging for the change.

Michael Andrews, Director of Public Safety Programs for the college, was one of several leaders from police academies from around the region who raised concern following the death of George Floyd in Minneapolis.

Their efforts resulted in the official cancellation of carotid restraint training by the California Commission on Peace Officer Standards and Training (POST), which accredits police academies in the state.

“Effective last week, the tactic is no longer being employed or used in the academy setting, period,” Andrews said. “We won’t even use it as an example. It will just simply be erased from training.”

The decision follows a June 3 announcement from San Diego County Sheriff Bill Gore that his department was curtailing the use of the carotid restraint, commonly known as a “sleeper hold,” that became part of the national debate focusing on police brutality.

“Palomar College is committed to training professionals, including police officers, who will serve and build up the community,” said Interim Superintendent/President Dr. Jack Kahn. “We applaud the Commission, and our Police Academy leaders, for taking meaningful action on this issue.”

Andrews, who spent 23 years with the Riverside County Sheriff’s Department, has been in charge of Palomar’s Police Academy for a year and a half.

The official title of the technique in question is a “Carotid Restraint Control Hold,” and Andrews said when he was trained, it was described as a tactic of last resort, but gradually became more common during arrests.

Andrews said that it is the academy’s duty to prepare tomorrow’s law enforcement officers for tomorrow’s conditions, and that “policing as we know it is going to change.”

“Palomar took a stance, and we were successful,” he said. “There are many other policing tactics which, when employed properly, can be productive. There is no need for this particular tactic.”

On June 18, POST approved changes to its “Arrest and Control” learning unit that will remove the training and use of the Carotid Restraint Control Hold. Andrews said Palomar is now in the process of changing its Police Academy curriculum to align with the changes.

“This is a good thing for policing,” he said.