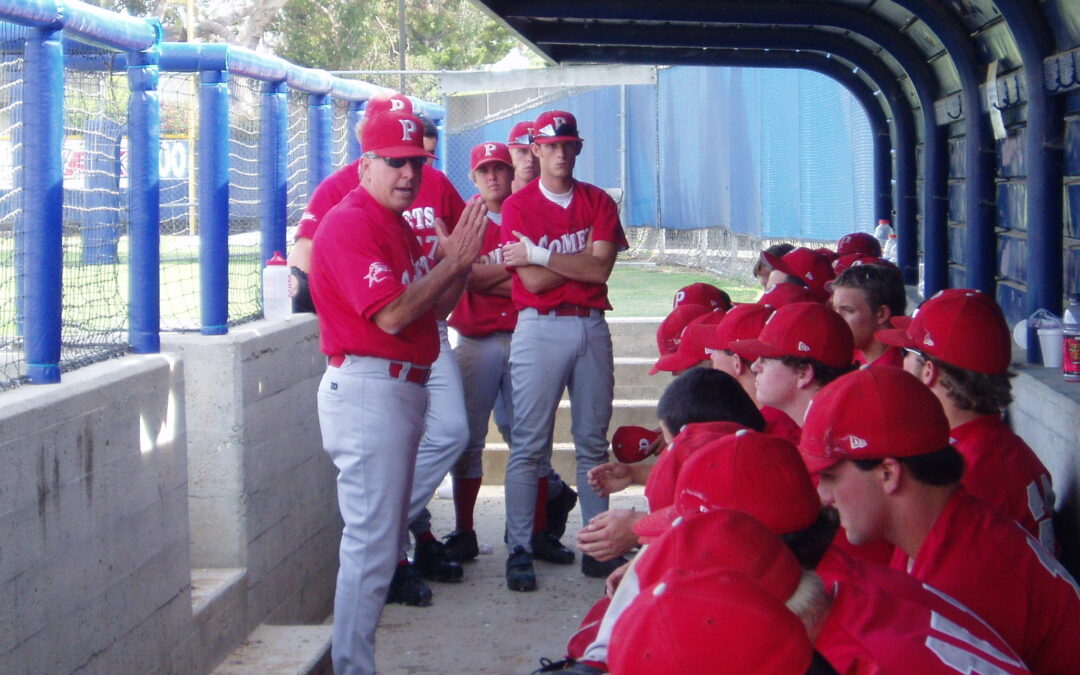 Bob Vetter, a Hall of Fame manager who led the Comets to more than 500 wins in 24 seasons, died suddenly on Saturday, January 22.

SAN MARCOS — Bob Vetter arrived at Palomar College in 1977. Over the next 45 years—including 24 years as head coach of the baseball team—Vetter shaped a program that bears his legacy, finally being inducted into the California Community College Baseball Coaches Association Hall of Fame in 2007.

Vetter died on Saturday, January 22 at the age of 71. Friends and colleagues say he served Palomar’s student athletes until the very end.

Palomar College Athletic Director Daniel Lynds described Vetter as both a brilliant coach and a skilled administrator whose leadership was crucial to the development of strong sports and academic programs.

“Bob was one of the rare individuals who thrived in both areas—he had the passion of a coach and the intellect of an academic,” said Lynds. “The outpouring we’ve received from around the country, from players that he coached, has been remarkable.”

Lynds said a celebration of Vetter’s life will be held in the coming weeks: “We’re going to celebrate because that’s certainly what he would have wanted. And we’ll do our best to carry on his legacy at Palomar College.”

Ben Adams, the current head coach at Palomar, described Vetter with words like accountability, integrity and pride. Vetter was on Adams’ staff this season and his loss was felt immediately.

“What he was able to do with his student athletes—and how successful they were off the field as well as on it—that was a tribute to what was important to him,” said Adams, whom Vetter hired as an assistant coach in 2004.

Vetter ended his career as head coach at Palomar with a stunning record of 542 wins and 393 losses, including eight conference championships and a second-place finish in the state tournament in 2005.

He returned in 2016 as an assistant coach. But it was another development that year which made the headlines.

“His biggest legacy, outside of the program in wins and losses, is in the new baseball field that we opened in 2016,” said Adams. “He drew up the plans for the place, it was his vision, his baby, and when it all got done, it had his fingerprints all over it. And he did a magnificent job.”

Lynds said the Athletic Department will be honoring Vetter “in various ways throughout the year,” such as playing the fight song of the University of Oklahoma, his alma mater.

“And you’ll see the number 5 on a lot of our athletic facilities—5 was Bob’s number, and when you see it on campus, he’s who it will be referring to,” said Lynds.