Palomar’s 2021 Valedictorian Has a Comeback Story To Tell 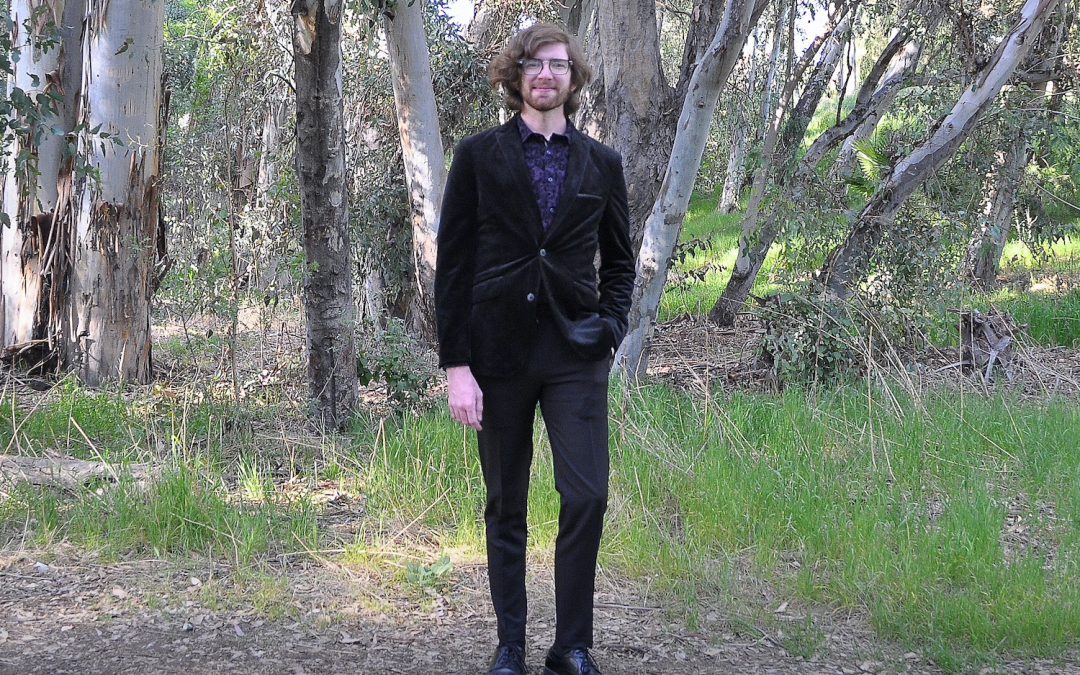 A drastic change of plans landed Ryan Laffin at Palomar College, where he discovered his love of English and charted a new path to success.

SAN MARCOS — The Class of 2021 Valedictorian at Palomar College, Ryan Laffin, was in culinary school at the age of 19 when he had his first seizure, the onset of a disability that would change all of his plans.

The 24-year-old degree candidate, who was homeschooled and lives in Murrieta, came to Palomar and quickly discovered a love of writing and literature. In 2019, he competed in the national finals with Palomar’s Speech & Debate team. He spent two years as president of the Palomar Rhetoric Symposium. And, most recently, Laffin started a writing club with other students from Palomar College, who have been meeting on Zoom to share their writing.

“As a kid, I absolutely hated English—I hated writing, I hated every aspect of it,” he said. “I got older and started writing bad poetry and reading as much as I could get my hands on. Over time, it has become the best possible escape, the best medicine, and it’s really something I’m passionate about.”

At commencement on Friday, May 28, Laafin will earn his Associate for Transfer in English, with plans to continue his education at either UCLA or UC Berkeley. Eventually, he wants to earn his doctorate and become an English professor.

He credits the Palomar College faculty with instilling a love of literature and helping him reimagine his path through higher education.

“Ryan has shown great perseverance and creativity in making the most of his time at Palomar College, and his story is an inspiration to us all,” said Interim Superintendent/President Dr. Jack Kahn. “Congratulations to the class of 2021, which will be remembered as the class that succeeded under the most challenging circumstances.”

In his Valedictorian application letter, Laffin said, “I wrote about the passion I feel for Palomar, and about the professors who have influenced me the most. I also wrote about what it’s like to study when you’re disabled. I didn’t expect to be selected, so in a way, it was very validating.”

Epilepsy usually presents during adolescence, said Laffin, but he didn’t have his first grand mal seizure until he was nearly 20 years old and enrolled in culinary school.

“It completely destroyed my entire world,” he recalled. “I was studying to be a chef and was working as a chef, but I eventually had a seizure in the kitchen. I had the realization that standing over hot oil, or holding a sharp knife, when you have a seizure is a bad idea.”

That led him to “re-evaluate every aspect of my life, which led me to go back to college and figure out what I wanted.”

As for his career goals, he already sounds like an English professor when he promotes the value of the literary pursuits: “If somebody says they don’t like to read or don’t like to write, they truly don’t understand the power there is behind words, and haven’t found what works for them.”

Laffin’s advice for students just starting out at Palomar: “Don’t be afraid to go to the most random events on campus, or participate in clubs that you don’t know anything about. Talk to anyone and everyone. And most importantly, make friends with your professors—they’ve always been there for me.

“Being in this community of students, I”ve found so many people with the same interests,” he said. “A lot of my best experiences are because of my time at Palomar.”