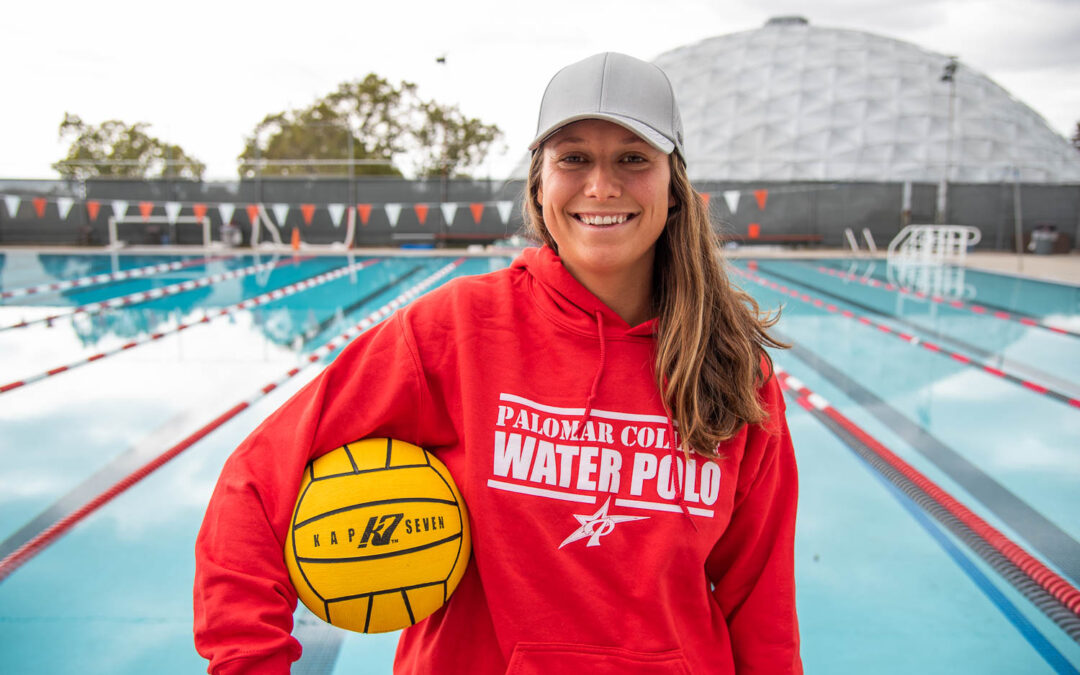 Lucy Gates, a Palomar College alum, earns “Coach of the Year” title in her first season acting as Head Coach.

Gates, who is originally from Oceanside, played water polo at Palomar College from 2014-16, and returned as the team’s assistant coach in 2018. She stepped in as the acting Head Coach this season with Mandy Simon—the PCAC Coach of the Year in 2019—out on maternity leave.

“This was our third year in a row winning conference, so it was a big deal to carry on our streak. We just rode the momentum throughout the season and tried to get better every game,” said Gates. “We had an amazing captain on the team, Elena Pena, who provided the team with a lot of positivity, guidance and encouragement, and was a big part of our success this season.”

The team advanced to the regional tournament as underdogs and lost against Golden West College.

In addition to coaching at Palomar, Gates is also the Head Women’s Water Polo Coach at Oceanside High School—that’s two alma mater teams she is coaching at the same time, a rare achievement for a 26-year-old athlete.

Gates finished her own water polo career at California State University, Monterey Bay, where she led the team in her senior year both in statistics and as team captain.

She earned her master’s degree in Physical Education from Azusa Pacific University in 2019 and teaches part-time at Palomar College.