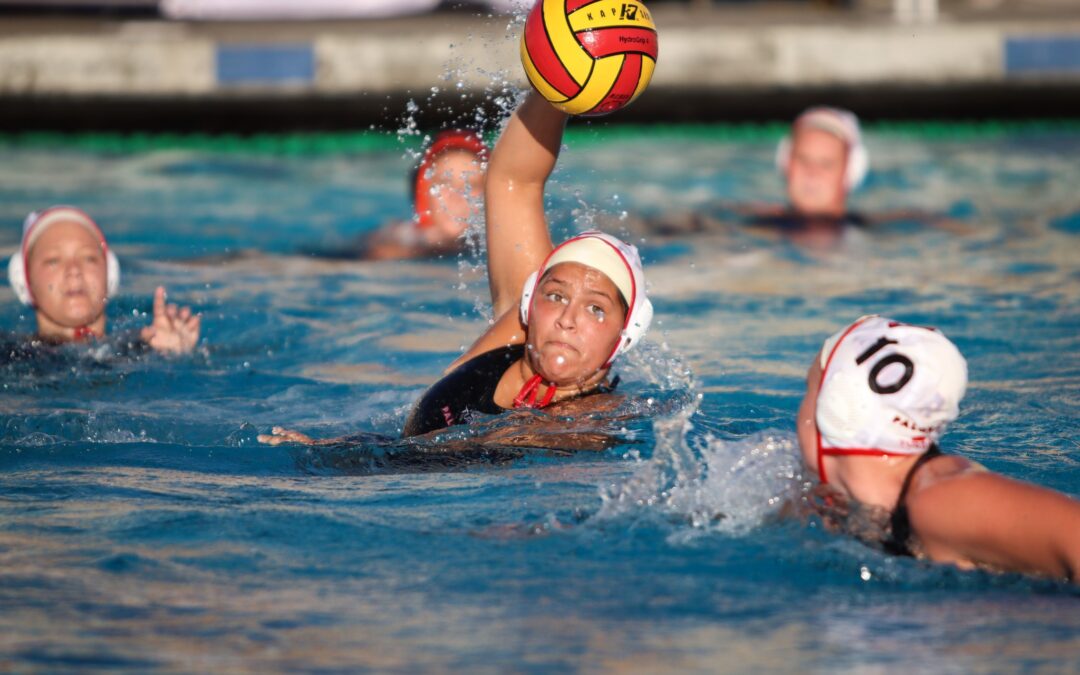 SAN MARCOS — The women’s water polo team at Palomar College finished one of its best seasons on record with a regional tournament game against Riverside City College on Thursday, November 11, 2021.

The Comets finished the season with a perfect record of 10 wins in the Pacific Coast Athletic Conference—the first time the program won all of its conference matches. It was a dominating performance, as the Comets outscored their conference opponents by a combined score of 127 goals to 51.

Palomar was seated 10th going into Thursday’s match against 7th-seated Riverside, and Head Coach Mandy Simon said they put up a good fight: “Right off the bat, Riverside scored two goals and they were looking pretty good,” said Simon. “At the half, we were down 12 to 5. Most of my girls didn’t think we could come back.”

But the Comets rallied with six goals in the third quarter. The comeback was stunning, Simon said, but it wasn’t quite enough to close the gap and the Comets lost 14-13.

Simon, who has been Head Coach since 2018, said that it was the team’s best season since she has been in charge of the team: “We were favored all season,” she said. “We beat all of the teams in our conference by at least seven goals.”

Simon attributed the success to a core group of experienced players, and to the camaraderie shared in and out of the pool.

“Early on this season, we came together and did a lot of bonding as a team, and that really helps—getting to know your teammates, getting to know who they are,” said Simon.