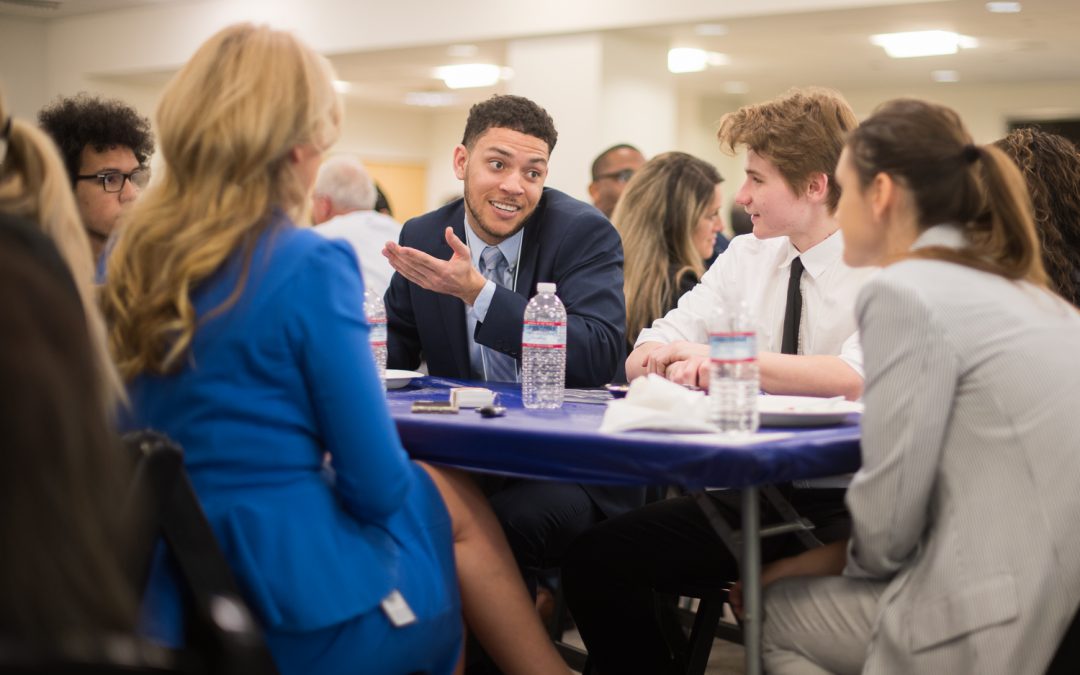 Over lunch and in small group sessions with judges at the Vista courthouse, students hear firsthand what it’s like to preside over a courtroom.

VISTA — Gathered in the jury lounge on Friday, April 12, dozens of students from Palomar College spent the lunch hour meeting with judges in a whirlwind session of mentoring and personal interaction that left many students wanting more.

A total of 85 students from a variety of majors and backgrounds attended the event at the San Diego Superior Court, North County Division.

Emma Foley, a 26-year-old student from Poway, said she enjoyed “getting to know the different judges as real people.”

“Judges are put on this pedestal, and people are almost afraid of them because they have so much power,” Foley said. “So it was cool to see how they aren’t just judges—they’re real people. That’s a good revelation to have.”

The event opened with a presentation by Judith McConnell, Administrative Presiding Justice of the Court of Appeal, Fourth Appellate District, Division One.

“It’s important that they get a full perspective of what goes on in the courts, how judges are selected, what our limits are, and so on,” McConnell said.

Peter Deddeh, the Presiding Judge of the San Diego Superior Court, also spoke to students, offering encouragement at the end of the semester.

“It’s not very often that students get to sit face-to-face with judges and ask them questions,” said Deddeh. “Community college is a great way to get to law school, because it’s a lot less expensive, and then you can tag into a state university—that’s the path I took, and I think it’s a great path.”

Lakshmi Paranthaman, who teaches Legal Studies and Real Estate at Palomar, coordinated the event in collaboration with courthouse staff. She said the feedback from students after the event was enthusiastic.

“I think they were impressed that the judges came from a lot of backgrounds—different paths and motivations for what brought them to law in the first place,” said Paranthaman. “They were also impressed by how warm and welcoming and excited the judges were to spend time with them.”

By far the most popular part of the event was the “MentorJet” sessions that paired five or six students with a different judge every 15 minutes. Paranthaman said most of the students said they would have enjoyed more time with the judges, most of whom were short on time because they were spending their lunch break with the students.

“As a teacher, any time I see students being engaged, that’s exciting,” said Paranthaman. “When you see students getting excited about learning, about the information and how it can be applied, it’s inspiring.”

Some of the students said spending time with presiding judges gave them a deeper trust of the judicial system. And others came away informed about how to find information about judges during elections, which was the topic of McConnell’s talk.

For those who are studying law, Paranthaman said, “I think they also received that personal, one-on-one career advice that will further their education. The judges talked a lot about diversity, and its role and necessity in law.”