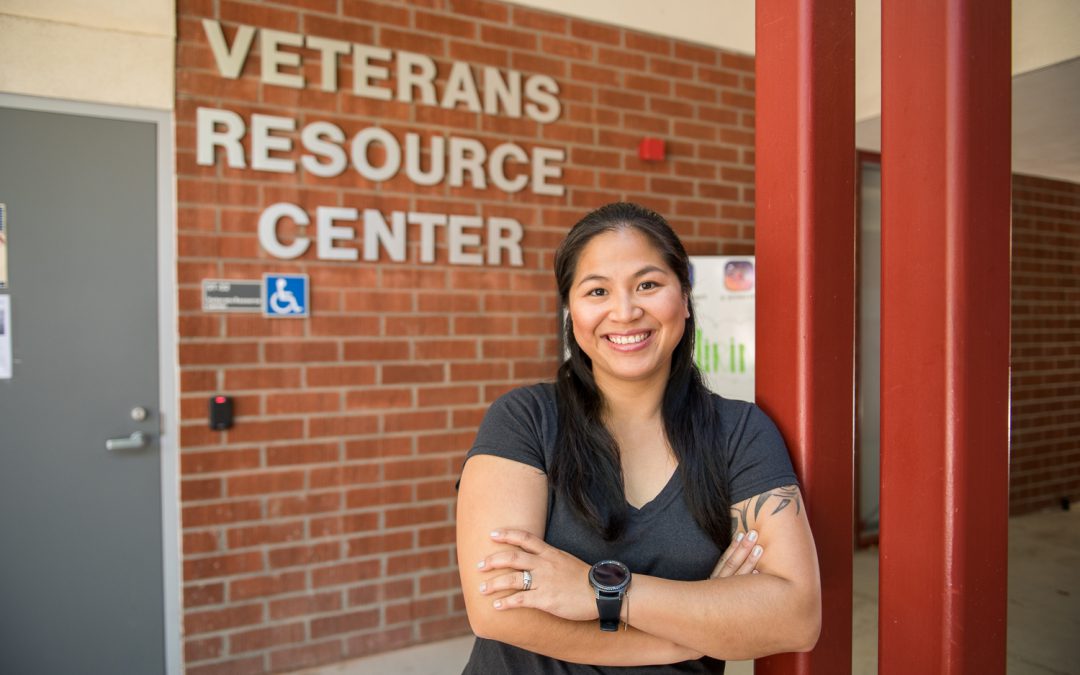 “Palomar made it possible for me to earn my transfer degree while raising kids and using VA Benefits.”

SAN MARCOS — When Lydia Keaty first arrived at Palomar College, the mother of two had already served five years in the Marine Corps, traveled the world, and discovered the career she wanted to pursue.

Now all she had to do was balance caring for her 1-year-old and 3-year-old, a full-time college class schedule, and her marriage to a Marine who was away on deployment.

“I came in thinking, ‘This is a long-term journey. I’m not sure how I’m going to get there,’” she said.

Keaty remembers jumping in with both feet: In the months that followed, she would learn about Palomar’s services and meet faculty and students—many, like her, Marine Corps retirees—who would help her make the most of her time here.

“There were so many resources for math and science,” recalled Keaty, who is majoring in Mechanical Engineering. “And I actually changed my VA Benefits halfway through my time here, because I met some other veterans who told me there was a better opportunity—another benefit they said I should have been using.”

By the end, not only was she passing her classes, she was also deeply involved on campus as the President of the Palomar College Hikers & Backpackers Club and Vice-Chair of the Inter-Club Council (ICC). At graduation in 2018, Keaty was presented with the Commencement Leadership Award.

“The kids were at my graduation, and it was just like a big sigh of relief. It felt like I took a long time to get there. I kept comparing myself to those high school students who were in college with me while they were still in high school. I thought, ‘They’re going to finish Palomar in two years, and I’m still here after four years.’

“But you know what? It doesn’t matter how long it takes. I got there eventually,” Keaty added. “And I’m so relieved to finally be taking the next step at the university.”

Gina Sanders, a Math Professor at Palomar who worked closely with Keaty as the faculty advisor to the Hikers & Backpackers Club, said that she is “perhaps the most committed and hard-working student I have had.”

“She is always positive and willing to help whenever possible,” Sanders said. “I am very happy to have known her as a student and I look forward to continuing my friendship with her as she moves on to SDSU.”

In the Marines, Keaty worked on aircraft engines, and when she got out she worked for two more years in private-sector aviation on the East Coast.

Today, Keaty is poised to begin the last leg of her journey in higher education when she begins classes at San Diego State University this fall. If all goes well, she will earn her Bachelor of Science in Mechanical Engineering in 2021.

“I want to start working as soon as I’m done,” she said. “I really would like to stay in aviation, but if other opportunities come along, I won’t say no.”