From recovery to research, ‘Palomar has changed my life’ 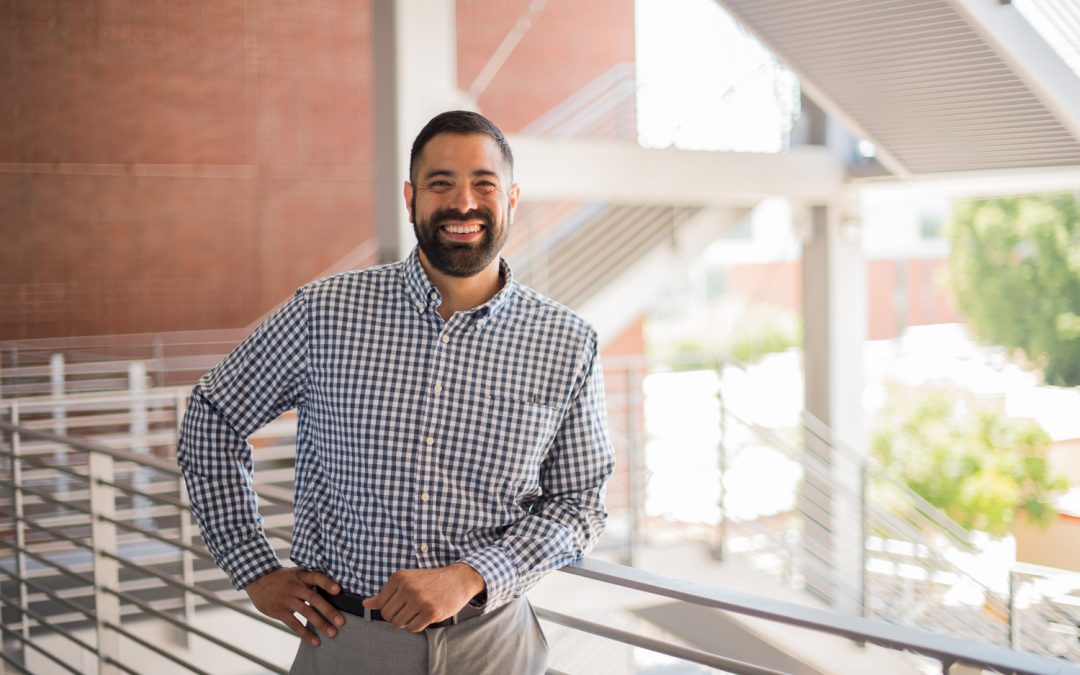 “Palomar made it possible for me to pursue my dream of helping people through research.”

SAN MARCOS — When Joel Marroquin came to Palomar College at the age of 33, it was still difficult for him to walk.

He had broken his back six months earlier in a workplace injury that forced him to re-evaluate the direction of his life, and ultimately led him here.

“Palomar has changed my life—coming here opened a lot of doors for me,” he said.

Before Palomar, Marroquin had worked as a project manager for a company that installed water usage meters. One day, working on a ladder set on a damp wooden deck, he fell from 10 feet up, hitting his back on a water heater and fracturing two vertebrae. He would spend several years recovering.

“I had trouble walking,” he said, “and that’s why I decided to use my brain.”

His initial plan was to pursue Kinesiology, and so he threw himself into his coursework at Palomar, learning about the human body—and coming to understand his own injury better, as well.

“I wanted to help people, but I didn’t know in what way,” he recalled. “The exact goal was uncertain. Taking all of these courses at Palomar, I just fell more and more in love with biology.”

Marroquin recently changed his major and is now pursuing cellular molecular biology, with plans to transfer to Cal State San Marcos (CSUSM) and then earn a PhD: “My ultimate goal is to do biomedical research,” and he wants to focus on diabetes and cancer, he explained.

Marroquin has nurtured a growing passion for biology while taking advantage of opportunities unique to Palomar College.

The Bridges Program, for minority students majoring in science, has afforded him the ability to perform undergraduate research at CSUSM, while earning a stipend and laboratory pay.

“I didn’t think research was even a possibility for me, but there are a lot of things Palomar can get started for you,” Marroquin said. “They even sent me to Indianapolis last year for the annual Biomedical Research Conference for Minority Students. I’m also allowed to present research, and for me that’s been a great networking opportunity.”

This past spring, Marroquin discovered Palomar did not have a chapter of the Society of Advancement for Native Americans and Chicanos in Science, or SACNAS. So he started one, and is currently serving as president.

“I love it here at Palomar,” he said. “The professors really care about their students. I feel like I’ve gotten a very good education here.”