‘Palomar made it possible for me to start my own business’ 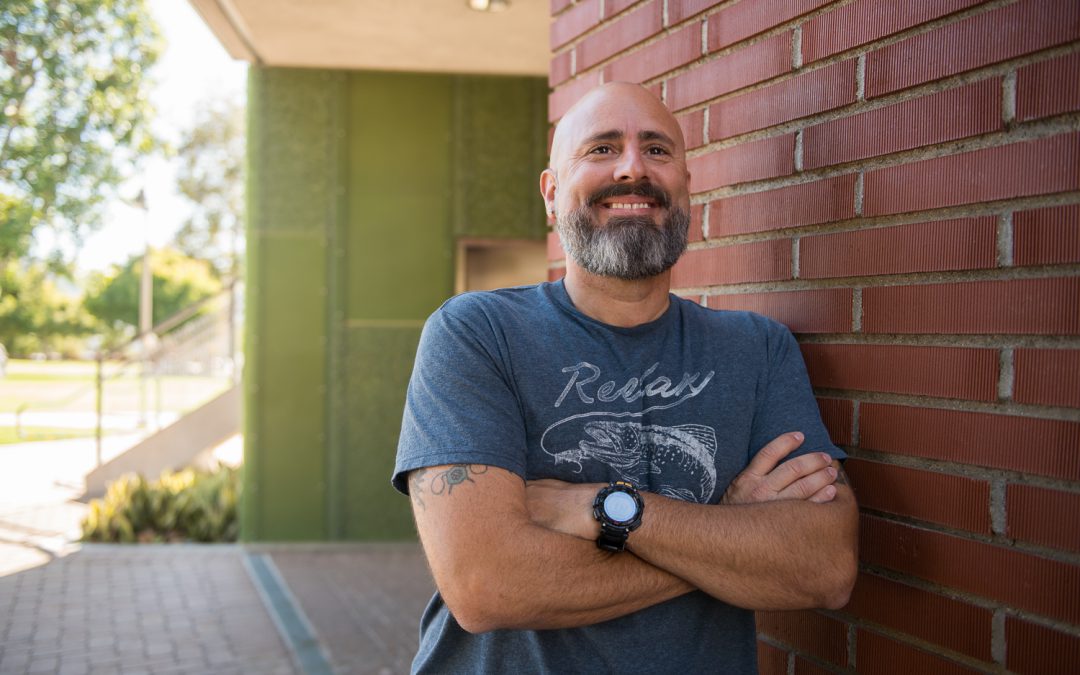 After retiring from the Marine Corps in 2017, Isaac Hernandez came to Palomar College with a plan to launch a drone technology company. This summer, he and a partner launched Scout Drone USA.

SAN MARCOS — For more than 25 years, Isaac Hernandez served his country in the U.S. Marine Corps, moving around the world, training and advising.

When it was time to retire, he was serving as a Nuclear, Biological and Chemical Warfare Specialist at the rank of master gunnery sergeant. He left the Corps with a plan to launch a company using the same kinds of technology he’d used in the service.

“The last 10 years of my military career, I used a lot of different unmanned technology, and I thought it would be a good fit,” he said. “I was fortunate to be assigned to units that were using this new tech, and I started thinking about how, in 10 or 20 years from now, (unmanned systems) were going to be used.”

The married father of three had never been to college, but he looked around and decided Palomar was the best fit for his goals as an aspiring entrepreneur.

“It was a no-brainer for me,” said Hernandez. “After spending more than 25 years in the military, I wanted to create my own opportunities, be my own boss for a change.”

Hernandez had joined the Marines right out of high school. Now, in his mid-40s, he would get his first higher education experience at Palomar College.

“What I really enjoyed about Palomar was how flexible and how easy it was to integrate, coming in from the military,” he recalled, adding that it helped ease the transition from military to classroom when he discovered the students at Palomar weren’t all in their late teens or early 20s.

He also made good use of the Veterans Center, a vibrant hub of activity and resources on campus for military-affiliated students, including active-duty, veterans and military dependents.

“It was always very easy and accessible for me to access the benefits I needed,” he said of visiting the center. “You filled out the form, signed up for classes—the whole process was pretty easy.”

Now 48 years old, Hernandez is preparing to graduate with his bachelor’s degree from Cal State San Marcos in December after earning his Associate of Science from Palomar last May.

He said he and his business partner, Tim McClure—also a Marine Corps veteran—are pursuing their first government contracts after incorporating their company, Scout Drone USA, this summer.

Initially, they’re focusing on using drones in construction and environmental projects, and Hernandez described the technology as “a more cost-effective way of doing mapping and surveying—especially in areas that are inaccessible, or are very large.”

“You can inspect or survey with a drone” in a lot less time and more accurately than on foot, he explained.

From his military experience to his interest in a growing industry to his entrepreneurial spirit, Hernandez represents much of what makes Palomar’s students unique—and uniquely equipped for success in the modern economy.

“Palomar made it possible for me to start my own business, connect with a community, draw from expertise, make friendships,” said Hernandez. “All of those things apply.”